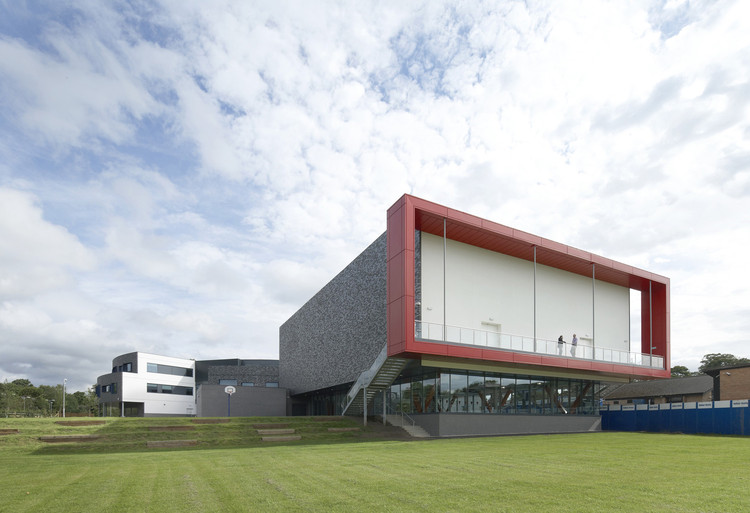 Text description provided by the architects. The brief for St Ambrose College - a Catholic school - called for a design that represented the client’s aspirations to create an open and inclusive environment for students and staff.

The building’s compact plan takes the form of a Celtic Cross, reflecting the identity of the school whilst also creating a structure that encourages a flexible and efficient use of space.  At the centre of the cross is a large, multifunctional space; used for teaching, performances, assemblies, and dining, this forms the social heart of the school.  The central space - Cathedral-like is volume - is visible from all points and provides access to all teaching areas, dispensing with the need for internal corridors that are often associated with bullying.

Different layers of learning spaces are arranged concentrically around the central space, with learning areas becoming more private as you move further from the centre. By moving away from conventional circulation spaces, the design encourages variation in how people move within the building and this leads to more social encounters between pupils and staff during the day. The typical horizontal split between floors has been dissolved by creating visual connections between all levels and Spanish steps further enhancing this connectivity

The interior spaces have been designed so there is little segregation between staff and pupils. Staff areas are positioned in the cantilevered areas around the central space, offering passive supervision of the central space. The lack of barriers between student and staff is also felt in the dining areas, where everyone eats together, further encouraging an ethos of openness.

As well as staff areas, the cantilevered platforms on the upper levels house library and ICT facilities. The four wings of the building are on two levels, with eight distinct learning faculties for Mathematics, English, Science, Languages, Humanities, Technology, Theology and Sport. The sports hall, overlooking the grounds, is suspended over a new swimming pool. The positioning of the sports hall is due to site constraints to maintain an operational playing field whilst construction and demolition were underway.

The design was in a sensitive planning area with a curved plan form minimising the visual impact of the building from the road. The external treatment of glazed brick and render has been composed to accentuate the circular form and is punctuated by picture windows which vary from classroom to classroom, offering variation to the learning spaces throughout the day. 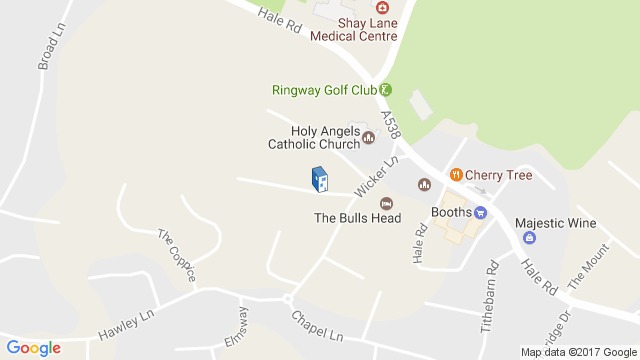 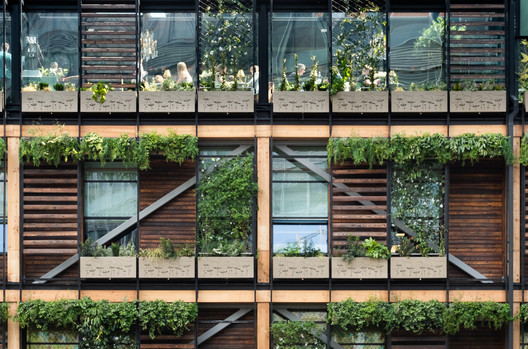