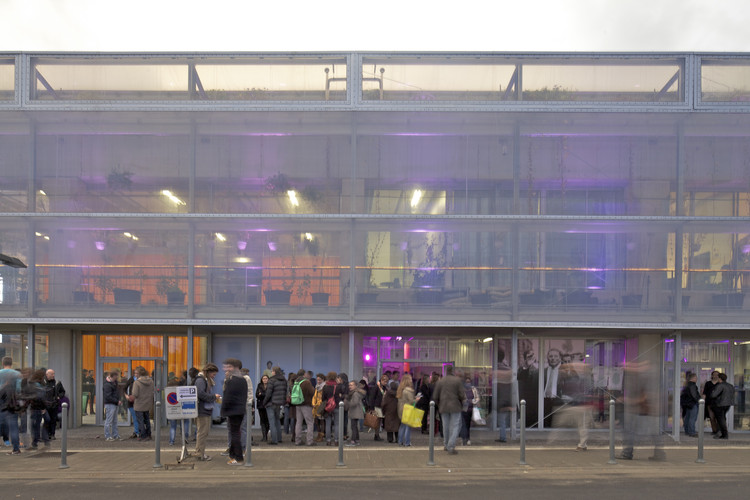 Text description provided by the architects. The multi-purpose hall in Lille is a place of cultural dissemination both at a city scale and at a neighborhood scale. It is part of the 28 ha restructuring process of the Arras Europe sector.

The project delicately ‘slips’ under an accessible roof that host a public garden. Inside, the main volume of the hall takes up the central area. It is disengaged from load bearing points.

The volume is surrounded by the other functions, organised on 2 levels.

Because of the project’s particular context, the building only has 2 facades. If the volume ‘disappears’ under the garden, the facades, conversely define a strong visual identity of the building and forms part of the permeability to its environment.

The facades are made of very thin greenhouses within are planted flowers, both beautiful, flowering and robust.Arranged in staggered rows and movable so they can be widely opened, they are equipped with an automatic system of natural ventilation, watering, misting and shade membranes.

Perpendicular to the scene, the mobile facade can be entirely opened, extending the hall toward the park. From the inside, it can be used as a backdrop framework, or closed by an acoustic opaque wall. 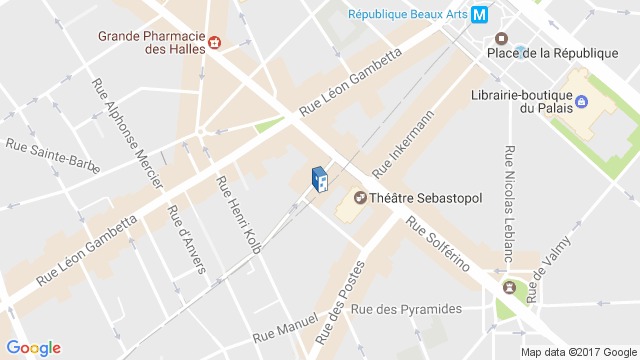 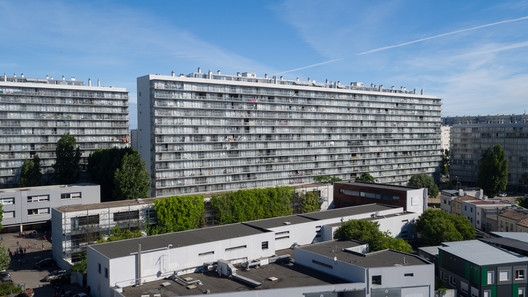 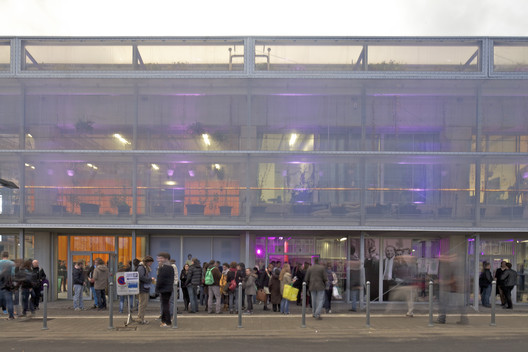