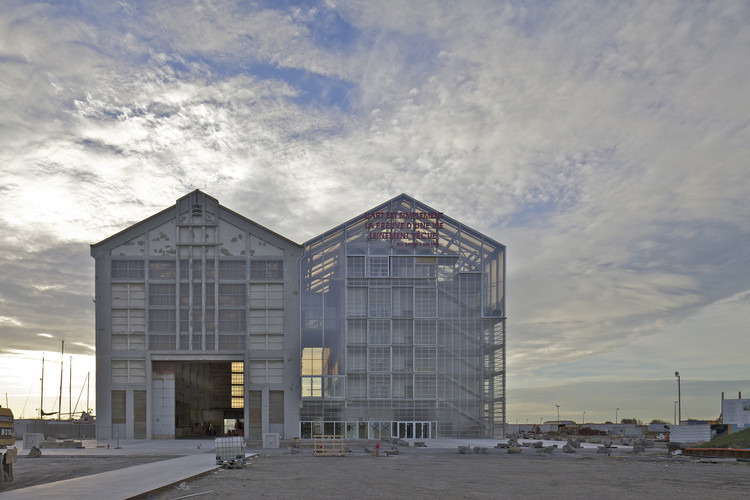 These collections are conserved, archived and presented to the public through on site exhibitions and by loans to both galleries and museums.

The North region FRAC is located on the site of Dunkerque port in an old boat warehouse called Halle AP2. The halle AP2 is a singular and symbolic object. Its internal volume is immense, bright, impressive. Its potential for uses is exceptional.

To implant the FRAC, as a catalyst for the new area, and also to keep the halle in its entirety becomes the basic idea of our project.

To achieve this concept, the project creates a double of the halle, of the same dimension, attached to the existing building, on the side wihich faces the sea, and which contains the program of the FRAC.The new building juxtaposes delicately without competing nor fading. The duplication is the attentavie response to the identity of the halle;

Under a light and bioclimatic envelope, a prefabricated and efficient structure determines free, flexible and evolutionary platforms, with few constraints, fit to the needs of the program. The transparency of the skin allows to see the background vision of the opaque volume of the artworks reserves. The public footbridge (previously planned along the facade) which crosses the building becomes a covered street entering the halle and the internal facade of the FRAC. The halle AP2 will remain a completely available space, which can work either with the FRAC, in extension of its activities, (exceptional temporary exhibitions, creation of large scale works, particular handlings) or independently to welcome public events (concert, fairs, shows, circus, sport) and which enriches the possibilities of the area. The functioning of each of the buildings is separated, or combined.

The architecture of the halle and its current quality make sufficient minimal, targeted and limited interventions. Thanks to the optimization of the project, the budget allows the realisation of the FRAC and the setting up of conditions and equipment for public use of the halle AP2.

The project so creates an ambitious public resource, of flexible capacity, which allows work at several scales from everyday exhibitions to large-scale artistic events, of regional but also european and international resonance, which consolidates the redevelopment of the port of dunkerque. 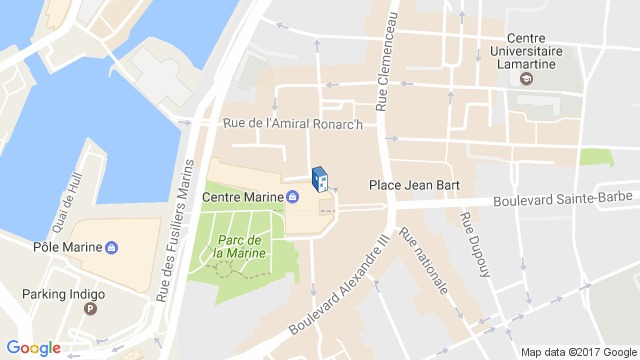 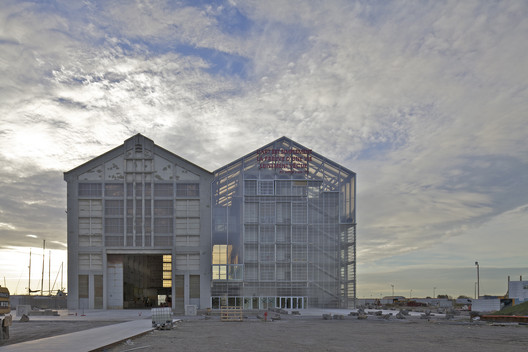