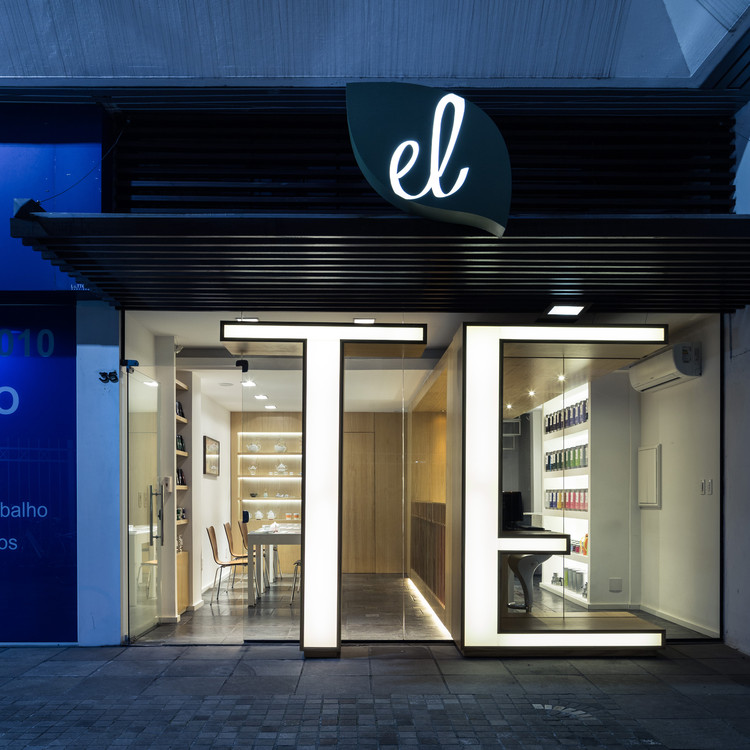 Text description provided by the architects. Located in one of the most important commercial galleries in the city of Porto Alegre, El té – Casa de chás (tea house) focuses on the sale of teas and everything that involves the product.

The project concept was born from the immersion in the world of teas. All its colors, textures and aromas were the starting point for creating this environment. Wood was elected as the primary materiality of the project , acting as a neutral base where the colorful herbs are the highlight .

Due to the shop window be visually obstructed by the wall of the shop next door and be quite far from the sidewalk, the store needed a visual attraction that arouse the interest of those who passed through there. For that reason it was sought a synergy between the element of visual communication and architecture.

From the graphical representation of the words “El TE” chosen as store name, and that literally means “The Tea”, it was developed a pictogram identification of the tea house that is both visual communication and the main piece of furniture - this goes beyond the scale of a usual sign composing the facade and interior design of the shop.

On the face of “TÉ”, facing the street it was implemented a backligth that functions as an urban lantern, an exciting surprise to those who pass by the store by night. The depth of the letter "E" on the facade extends beyond the outer limit , penetrating inside the store and acts as the main design element. This element home the showcase of teas, infusions preparation desk and cachier.

The samples of 30 variations of teas are arranged in small drawers so that clients can smell the product before they decide which one they want to buy. The 30 variations of the infusions are indicated by different colors beneath each small drawer, which facilitates the identification of each tea by customers and creates a colorful scheme. 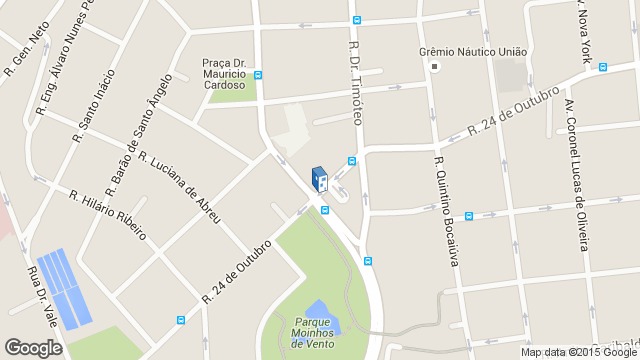 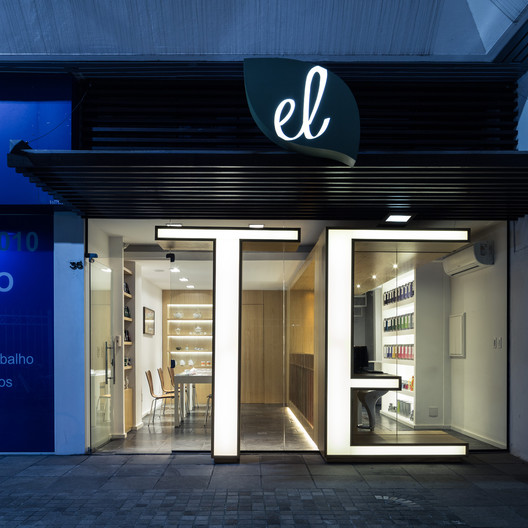 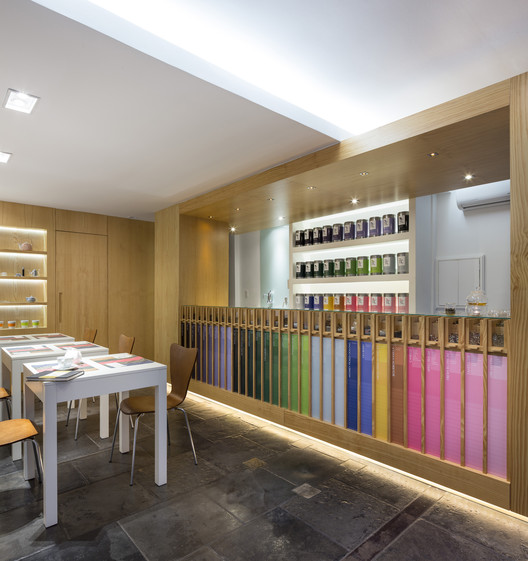