With minimal intervention, Swedish architecture firm visiondivision claims that the underused structure beneath Stockholm’s Tranebergsbron bridge could be transformed into a pedestrian walkway and informal cinema. If built, this proposal would not only remove pedestrians from the dismal walking space provided alongside the bridge’s bustling car lanes, but it would also dramatically shorten the walking distance between the city island of Kungsholmen and western suburb of Bromma.

To do this, existing reveals in the concrete pillars would provide adequate space for a passageway. The only modifications needed, according to the architects, would be an extension to the upper part of the concrete vault, as well as the addition of stairs, proper lighting and balustrades. Pedestrians would be guided by a pathway of red concrete titles punctuated by various information kiosks. Vast spaces beneath the large concrete pillars could be transformed into temporary art galleries, seating and backdrops for film screenings.

visiondivision’s proposal was envisioned as a response to the municipality of Kungsholmen’s call for ideas regarding the bridge. 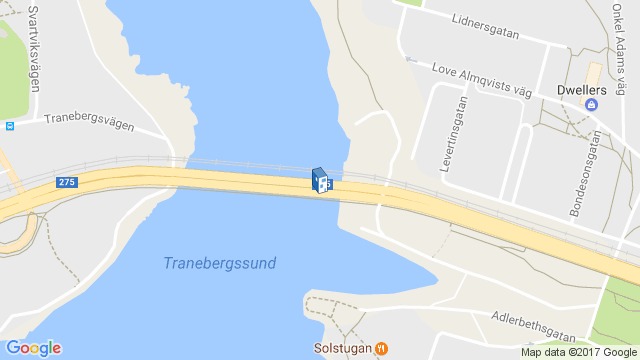