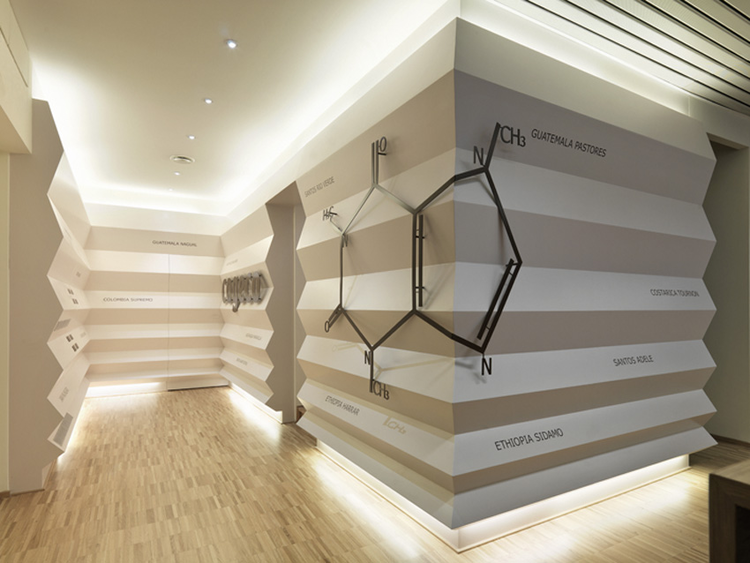 Text description provided by the architects. The city of Trieste is among the world most important port within the coffee trade market. Cogeco is a firm dealing as intermediate between the raw good and the coffee roasting plants. The project consist in the interior renovation of the company siege, underlining the two distinguishing factors which characterize the firm: the worldwide commercial relationships and the fact that Cogeco provides specific knowledge and lab test. These points have been particularly enhanced in the entrance lobby and in the proof and taste laboratory room.

The lobby of the Cogeco siege is characterized by a multi-layered folded wall, an abstracted map where only the parallels of the globe have remained, which hosts a series of "exotic" coffee names coming from all over the world, and by a big chemistery formula of the caffeine, which marks the corner and gives evidence of the specific knowledge. In such a way, one is immediately transported in a quick ride through the globe, and at the same time given a clear statement of the company's know-how.

The proof and taste lab is the place where the company makes a series of test's on the raw good in order to provide a certificate of quality (roasting, checking dimension and smell, tasting etc), and where most of the commercial deals are made. Coffee sample bags are exposed on a colored shelf marking the perimeter of the room, while one of the proof tables hides the 'spitting pots'. The space is again dominated by a big map folding on this table, a very detailed Goode Homolosine projection of the world, where precise geographic indication about the origin of the most important coffee types are given, adding a visual layer to the proofing experience. 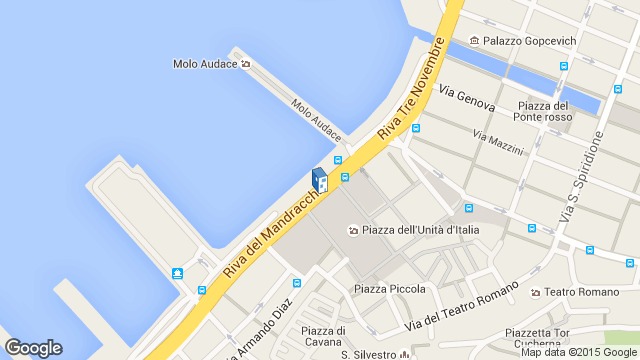 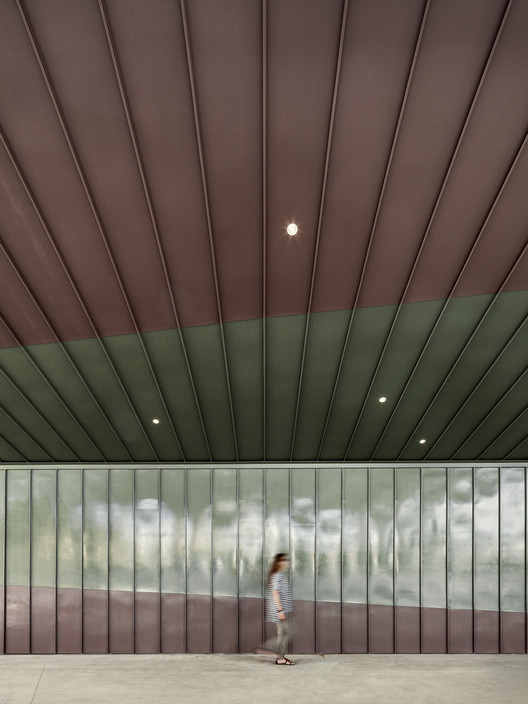