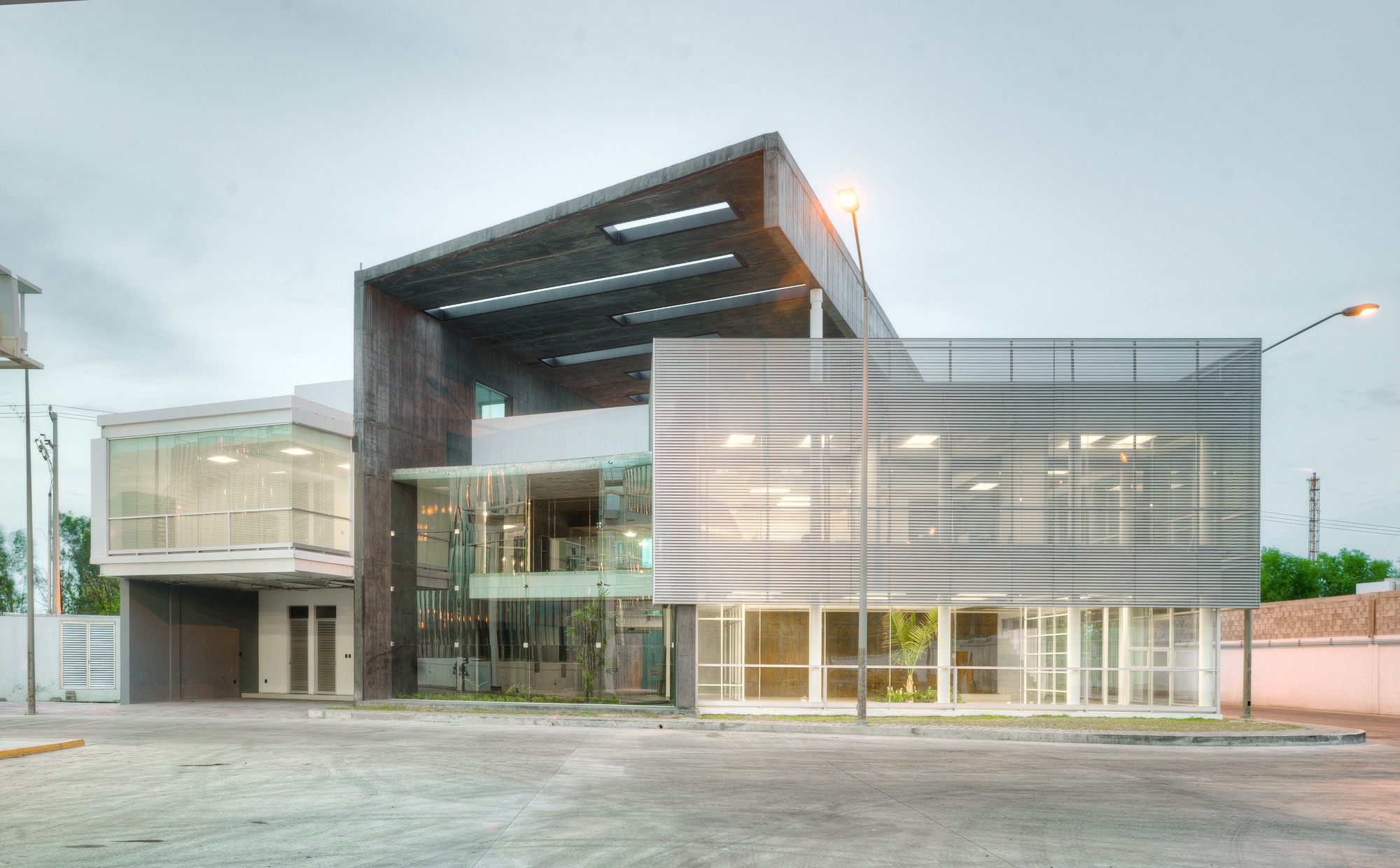 Text description provided by the architects. Founded in 2004 from the merger of three predecessor companies, Global Marketing Corporation (GMC) is a consortium dedicated to the marketing, distribution and modification of asphalt. With a sales volume of 150 thousand tons per year, it is the company that puts the most asphalt in different road and infrastructure projects in the country.

Five years after its founding, GMC began the construction of a complex in the city of Salamanca to serve not only as its corporate headquarters, but also as an asphalt storage and distribution center, to improve its response to the demand for this petroleum byproduct in the Bajio.

The project, implemented over a period of 15 months from September 2009, is located in an area of 1184.88 square meters.

The proposal developed by D4 Architects opted for openness and naturalness, by linking the industrial area, the focus of which are four huge asphalt storage tanks, with the body of corporate offices, with a design of contemporary lines that plays with dichotomies such as chiaroscuro; light-heavy, opaque-transparent. A functional response was sought, but with character, not only to serve as an efficient and comfortable space for the GMC team, but also as an attractive cover letter to its clients and visitors.

The corporate headquarters, with a total area of 257.35 square meters, are designed with two cubic volumes of two floors that are not aligned parallel, but are interconnected with a central body, characterized by a curtain wall at its lower levels and a large dark concrete slab that literally crowns the building, functioning as an "umbrella" and terrace frame at once.

The design sought, without leaving the privacy and closed character of an office building, to create transparent spaces that allow the observation of activities in the storage area. This was achieved with a Cartesian arrangement that established a north-south axis that crosses through the central body of the building and ends in the storage tanks, and an east-west axis that connects the lobby of the administrative area and the operational cube.

Although impermeability and opacity define a material such as asphalt, these qualities do not apply to the language of the corporate building, with its glass facades to enhance natural lighting and its open and comfortable atmosphere. These diffuse the passage of sunlight either with frosted glass or large sections guarded by 228 square meters of metal shutters that in addition to their functional virtues, provide a contemporary feel to the building.

Inside, a plan free of columns and walls facilitates the path of light entering through the facades and a central dome, and also favors the creation of a dynamic work environment with great visual and operational interconnection, including different areas of the company.

One of the most iconic features of GMC Headquarters was also its greatest constructive challenge: its broad exposed concrete wall topped in a hollow core slab with a span of 12 meters, without intermediate columns and a maximum height of 11 meters. This item is not a free ornament, but was designed to protect the building from an inevitable condition of any facility dedicated to the storage of asphalt: the fine ash produced by the burners that are permanently running to maintain the petroleum product fluid and manageable.

With the aim of a reduced maintenance program, we decided to develop this element, 30 cm thick, in black, so that the accumulation of grime from the ashes would go unnoticed. Openings at the top of the slab not only served to decrease its weight in structural terms, but also contribute to ventilate the heat generated during the day on the terrace, plus they have a modern and expressive aesthetic quality.

The project included several sustainable design strategies such as building orientation, depending on the sunlight and the prevailing wind direction, transparency of facades and shading with the metal lattice and the slab, that beyond the described functions contribute to the acoustic insulation against the noise generated in the neighboring refinery, and to form a barrier against the overheating of the roof during the day.

A center planter and a couple of bodies of water at both ends of the building help to generate a cool and pleasant microclimate, reducing the use of air conditioning, while rainwater harvesting systems and wastewater treatment contribute to an efficient use of this element, reusing it for irrigation and maintenance of green and exterior areas. 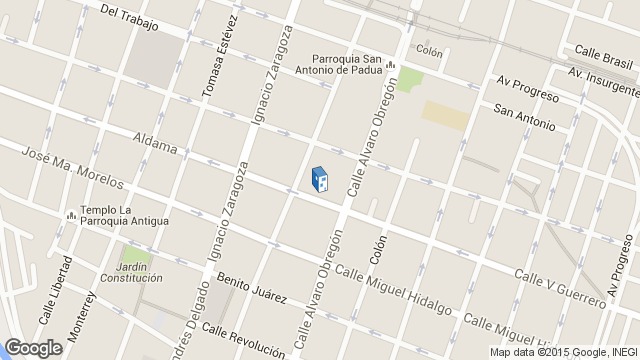