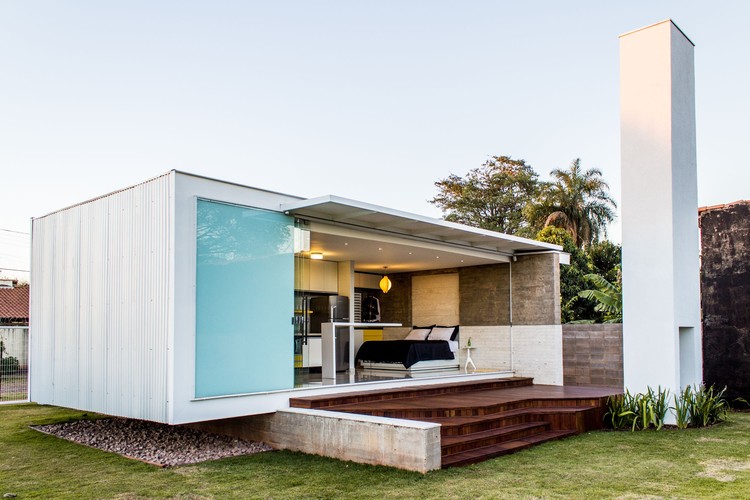 Text description provided by the architects. The search for simplicity, bowing to the canons of the past , the clear intention of using architecture as a path of territory and form of expression of "difference"... These are some of the requirements that guided the program under (intentionally or not) , much as metallic structure is common for many years, are easily countable copies directed to peripheral housing present in this town (Campo Grande/MS, even next a million people, values the "conventionality"), the geometric and strongly orthogonal character, partly, perhaps, of a controlling nature, fruit of modernism (however this is not a feature of the most admirable) or personality (for more than that is not a characteristic of the most admirable).

The highest bidder soil binds the plot more generously on the bottom, where a glass door which accounts for almost the entire rear facade, gives access to the deck, and continuous view of the garden, the place where heaven and a yellow sculpture made with the leftovers of the metal structure (profiles " I" Gerdau) dominate micro landscape (the particular universe). This large aperture for background contrasts sharply with the hermetic and closed front, both for privacy and solar protection, where a cloth horizontal metal of brises addresses these and other issues.

The structure is apparent and mixed, both concrete and metal profiles are part of the aesthetic proposal, both for its inherent visual appearance and explained either by the vain and balances achieved, a game that tries to be subtle and objective.

Integrator with a strong desire to plant boils down modulated in a large environment that splits into three basic needs: live, feed and rest, as usually happens, the furniture play a key role in setting and "fragmentation" of these spaces. The bathroom is the only room isolated, and even hydraulic wall dividing the kitchen, their access is returned to the room. 45 square meters reflect a proposed small private ambitions, few lines, few materials, environments, and a little bit of personality. 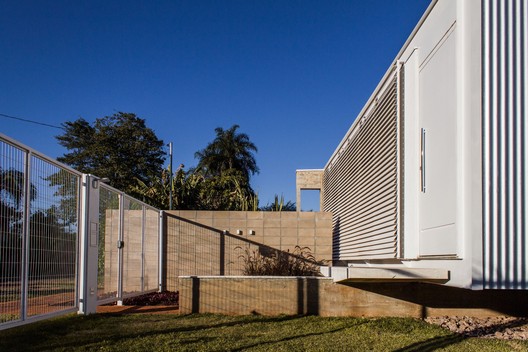