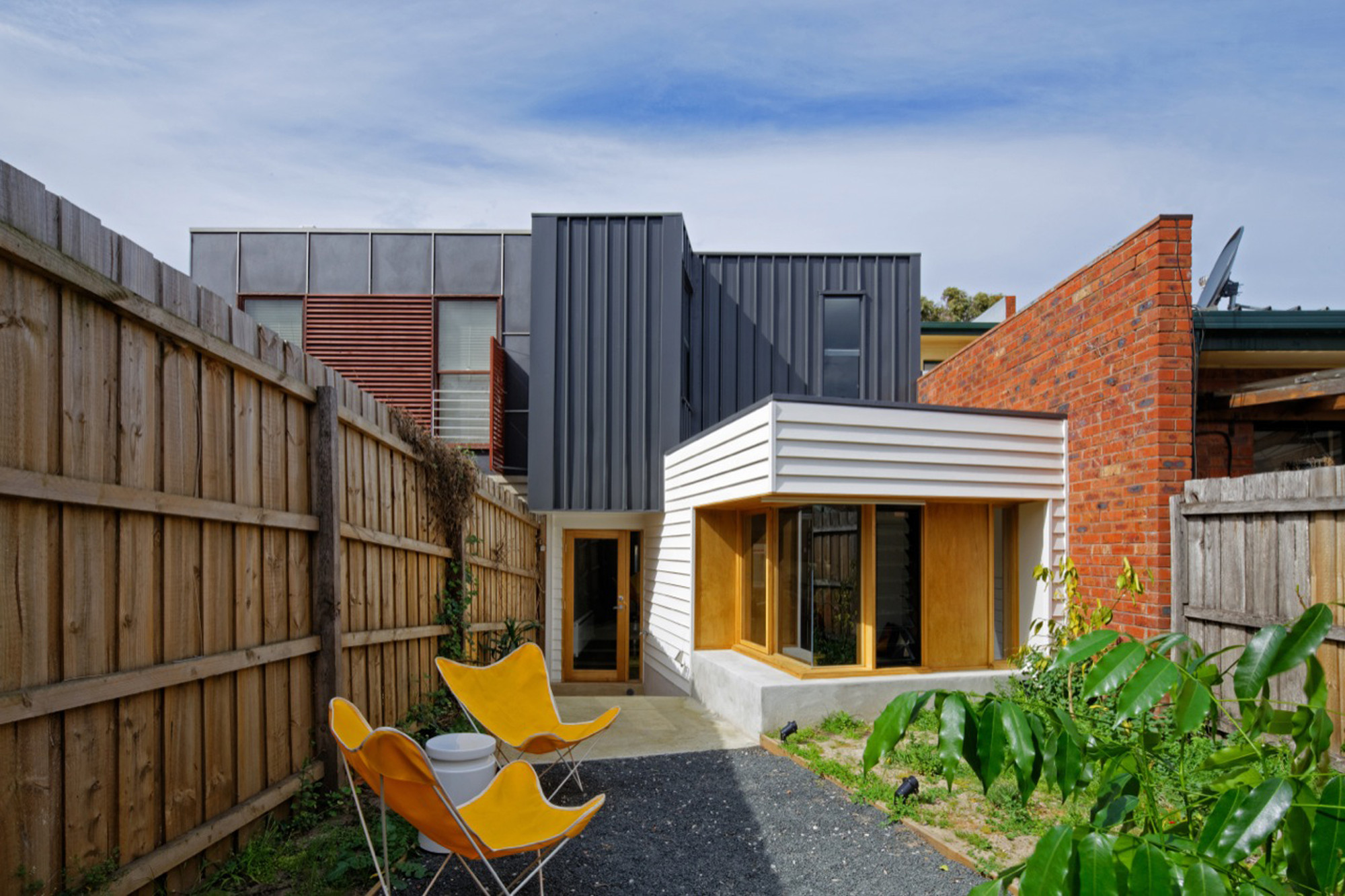 Text description provided by the architects. The client of this single fronted double brick terrace house in Carlton wanted to find an intelligent architectural response that would breath life into a dark and pokey dwelling.

The existing property is typical of Victorian terrace houses with a hallway and front two rooms configuration, then a poorly planned series of gloomy, dysfunctional lean-to additions, poor access to natural light and no direct connection to the rear yard. We responded to the client’s brief by retaining the original two bedrooms at the front, with a proposed double storey addition including bathroom, laundry, living, kitchen, dining area and an additional bedroom with en suite.

The property’s east/west orientation and its limited access to private open space posed as the biggest site constraints. We responded to these constraints by using a centralized service core close to the existing two bedrooms that contain the bathroom, laundry, stairs and part of the galley kitchen.

The open plan kitchen, dining and living areas wrap around the service core allowing for a direct connection between the living areas and the outdoor space which in turn defines a variety of spaces that flow into one other.  A light court has been inserted in between the existing front bedrooms, the kitchen and downstairs bathroom, maximizing diffused light and cross ventilation in the compact and narrow footprint of the house.

The living room extends beyond the line of the upper storey, jutting into the landscape. The room tapers away from the neighbouring fence to the north which gives a little space back to the garden and captures a little more sunlight for the living room from the north. This architectural move finds a greater balance between utility and comfort. A deeply recessed north facing corner window provides an external seating ledge as well as adding to the passive solar control of the building. Internally, a daybed provides a lovely warm space to read a book or lounge.

The upstairs landing leads to a small landing with small seating nook and access to a new roof deck above the new low ceiling bathroom, overlooking the existing pitched roof. This element provides a small secluded private open space as well as a clerestory window which has been inserted above the connecting doorway from the old house to the new addition, which fills the entrance hallway with natural light.

The master bedroom, being in line with the neighbouring property, is west facing. It has minimal openings to reduce glare and solar heat gain. The small study area juts out and has a window that faces south which acts as a light scoop to bring in diffused light to the room. The stair landing area also lets light into the master bedroom but can be completely closed off with concealed sliding panel doors.