The Mayor of Lyon, France, has unveiled plans for a dense, mixed-use district planned for the Lyon Confluence. Masterplanned by Herzog & de Meuron, in collaboration with landscapist Michel Desvigne, the 35-hectare scheme will be the first plot developed in the second phase of a larger regeneration initiative that aims to “double the city-center” by reclaiming a massive, post-industrial site on the city’s central peninsula. Once complete, the second phase, known as “Ilot A3”, will provide more than 2,000 homes in a lush residential park and vibrant “market quarter.”

With a primary goal of connecting the new district to the existing city-center, three new bridges will be constructed during phase two: Pont Raymond Barre to extended tramway; Pont des Girondins to connect Lyon Confluence and Gerland; and La Transversale to provide a straight route for human-powered travel, including two footbridges over the Rhône and Saône.

Dense housing will be provided in the “Market Quarter,” which will be host to a variety of offices, shops and public amenities in mixed-use buildings that vary from three to 17 storeys. Private residential plots will be made available in a lush residential park, dubbed “Le Champ” (French for “field”), whose pedestrian-friendly transportation routes will be dictated by a meandering, natural landscape.

As part of the architectural and environmental design defined by Herzog & de Meuron, a team of six local and international, emerging and established architects, have been invited to design the eight buildings on the new site. 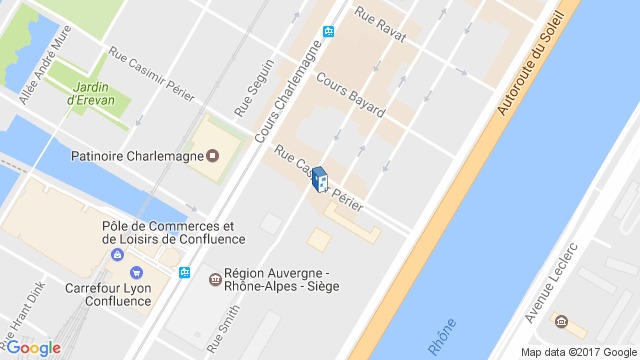 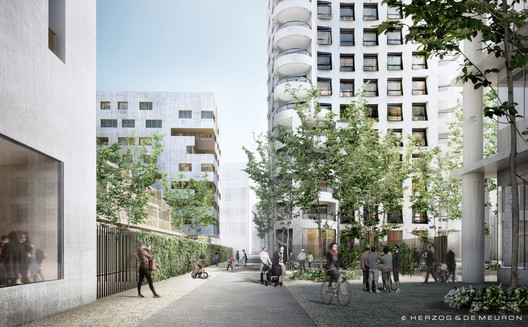