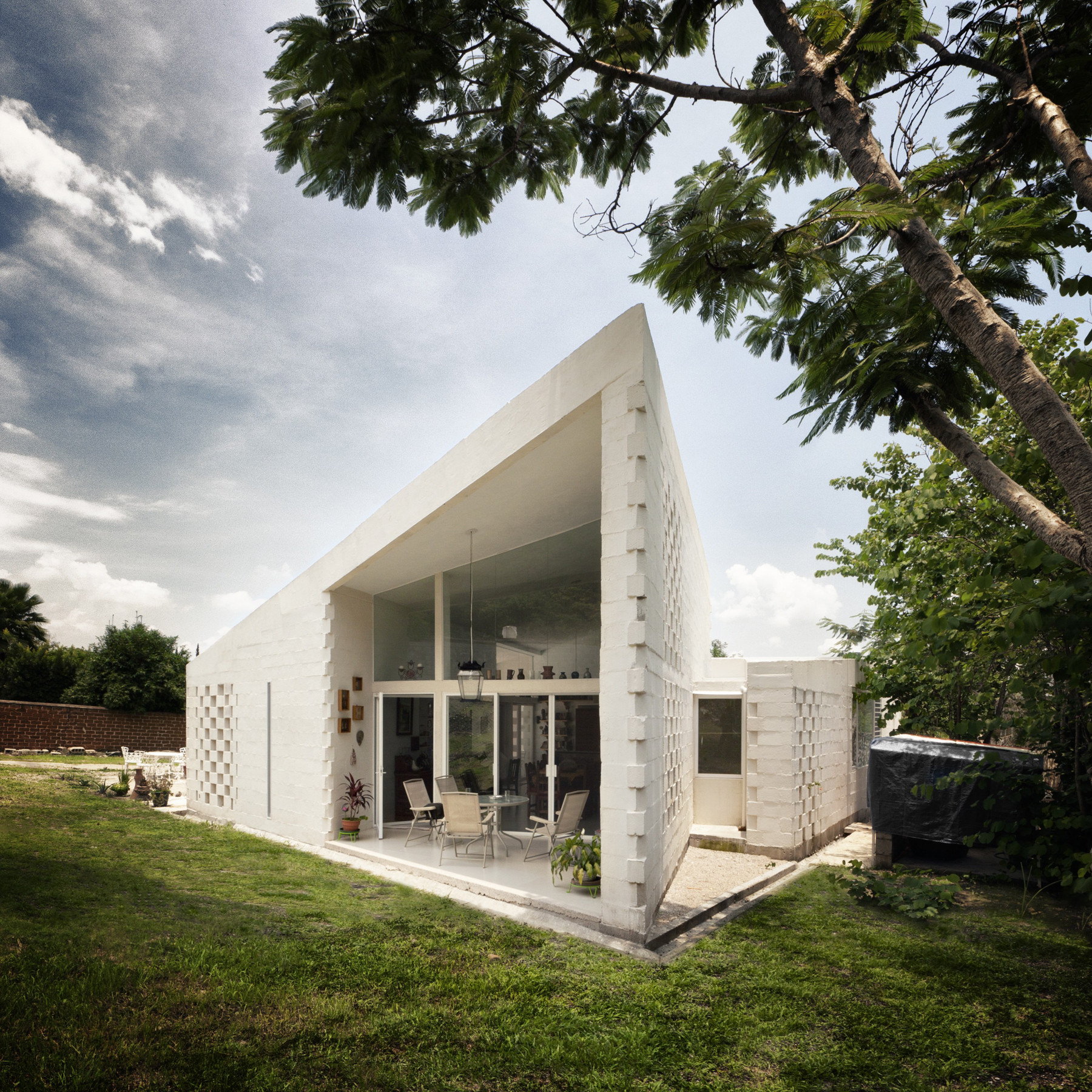 Text description provided by the architects. This project was previously shown when it was under construction, now we present the end result of the first house.

The site is organized and divided in response to the pre-existing. Of these, the most important is a large tree located at the center of the plot. This element defines the position and direction of the volumes.

The outdoor spaces revolve around the tree as the axis, they structure the ground that defines the proposal at various scales.

The subdivision of the site reflects a strategy of fragmentation in two directions. In one direction, the slope is divided into platforms that adapt to the topography generating spaces at various levels. In the other direction, the platforms created are subdivided to generate independent spaces for three housing units, whose specific geometry arises from the relationship between the object, the modification of the immediate territory and the environment.

The position of the volumes is defined by the platforms of the site. The orientation responds to solar incidence and views of the stunning landscape. The geometry and shape of the volumes is the result of various spatial dynamics of the program, contained by a reinterpretation of traditional buildings with gabled roofs.

Thus, the shape of the houses represents the synthesis of programmatic variations in dialogue with the geographical and constructive conditions of the place.