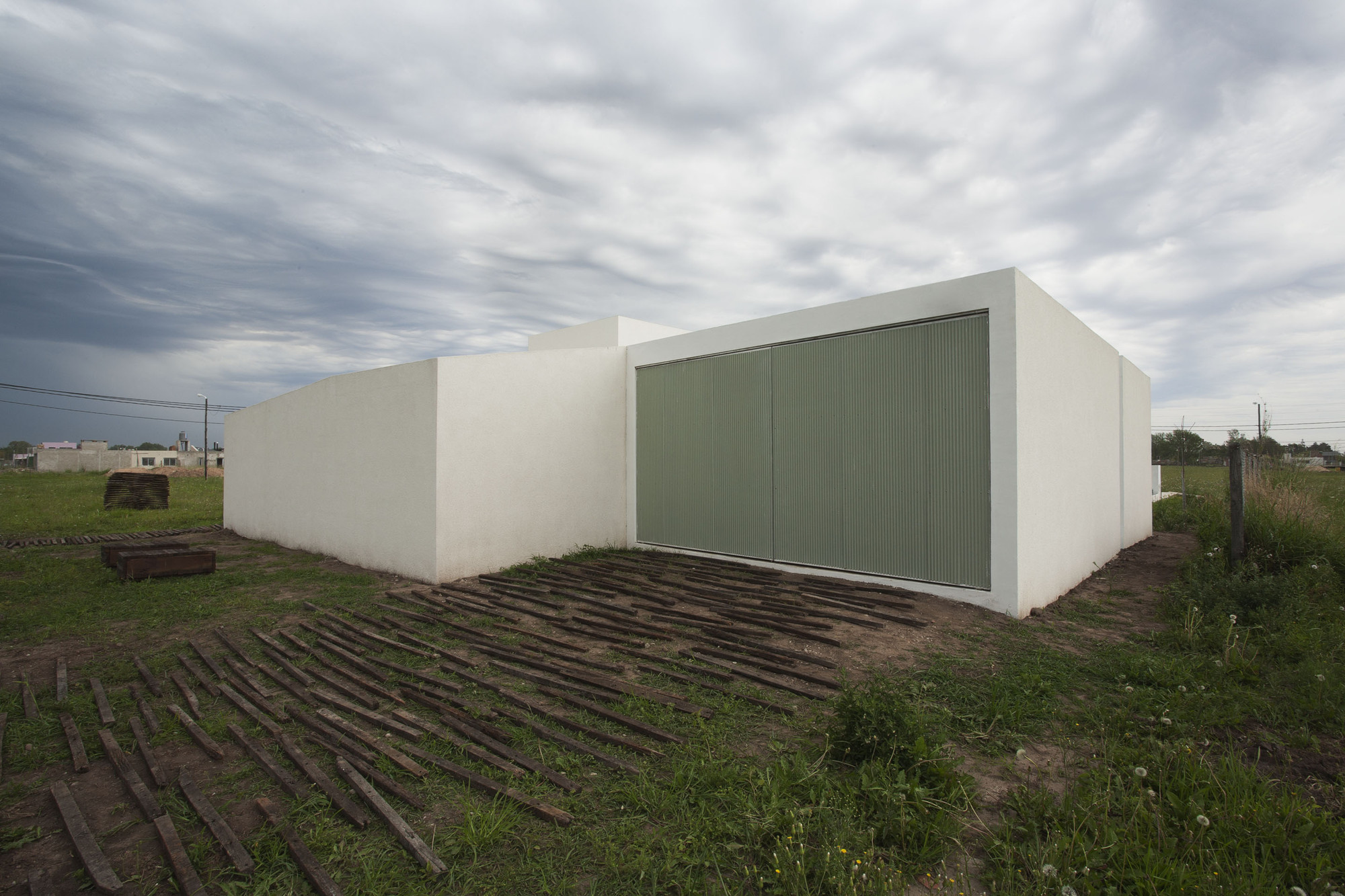 Text description provided by the architects. This project is located in an area of the emerging farm pampa in a process of transformation, product of the economic growth in Argentina in recent years and the illusion of leaving the chaos of the city.

There, a new urban development seems to replicate a predominant scheme of soil use and productivity: an imperative of rationality of loads and maximum benefits in the yield of the land.

These are developments that have displaced crops leading to neighborhoods without public space. There are no sidewalks with trees and shadows, only internal roads and minimal services. Paradoxically, these areas in the Argentine plains seem to edit a colonization of the pampa. More than a century ago, through the railway stations, the immensity of the plains were inhabited. In these colonies, the new settlers had to face the empty immensity, the fear of darkness, and the distance at night.

This scene is repeated today, but not long from now, these areas will end up consolidated, setting up a new event: the privacy of the inhabitants will be invaded by the inability to build party walls and by the density with which these neighborhoods are designed.

How to conceive a spatial structure that beyond housing the activities required, is able to respond to the contingencies of a scenario and people in transition? A structure that can meet the need for protection and shelter at first, and over time, transmute into privacy.

"In response to these concerns, introspection is the argument that guides and sets the search criteria." The fissure, both concept and action, is a gesture that gives the project its expressive character, bringing in light and determining different spatialities where inside and outside are expressed as ambiguous and indistinct concepts.

Introspective and anonymous atmospheric experiences are possible by designing small courtyards within the interior spatiality, which opens even the possibility of experiencing showering under a summer rain.

The house is therefore conceived as an open system, an ordered set of elements and associated factors that interact with each other. Each of the parts has a specific function, which integrated and dependent on each other keep the whole operating.

The coherence of the project as unit arises from the symbiosis between the factors of the system, those of the environment in transition, and those of the complex web of emotions that belong to all of human creation.