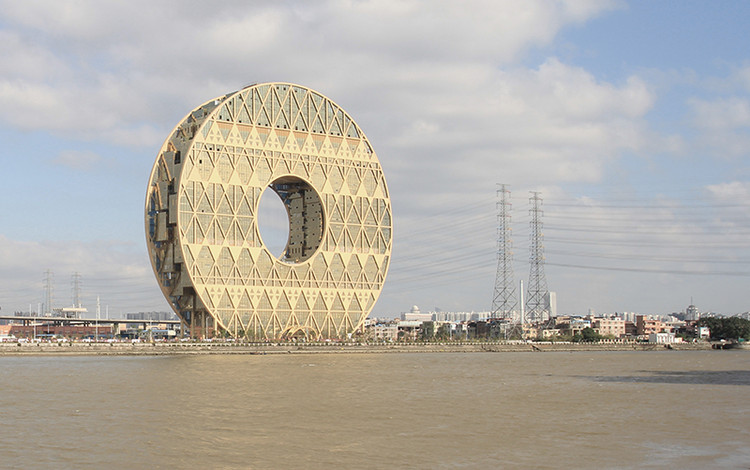 Text description provided by the architects. On December 16th 2013 the completion ceremony of the Guangzhou Circle Mansion had taken place in Guangzhou, China. It's the Headquarter of Guang Dong HongDa XingYe Group and the venue of GDPE Guangdong Plastic Exchange, the world largest stock exchange for raw plastic material with more then 40 billions euros of annual turn over.

Local and Italian authorities will attend the ceremony including the Italian General Consul in Guangzhou mr Benedetto Latteri and the scientific responsible of the Italian Embassy in Beijing, mr Giuseppe Rao.

The building has been designed by the Italian architect Joseph di Pasquale and his professional practice AM project from Milan that has been the winning proposal of the international architectural competition held in 2009. The total height is 138 mt for 33 floors, 85.000 square meters of floor area and about 50 million euros of global investment. The inner hole is a unique space that has no equal in the world with its almost fifty meters of diameter (48 mt).

The architectural concept intends to design landmark building that will be immediately perceived as native Chinese Landmark Building using a closed and central structure instead of the usual western skyscrapers stereotype. Therefore the architecture is fully defined, and iconic, very close to the Chinese way of perceiving and understanding. It’s a sort of “urban logo” that works as a landmark in the same way that ideograms are used in the Chinese writing, instead of the alphabet.

The architectural concept is inspired by the strong iconic value of jade discs and numerological tradition of fengh shui. In particular, the double disc of jade ( bi-disk ) is the royal symbol of ancient Chinese dynasty that reigned in this area around 2000 years ago . The building reflected in the water of the river creates exactly the same image: a double jade disc. This figure also corresponds to the number 8 and infinity symbol that Chinese culture has a strong propitiatory value. Just remember how the date and time of the start of the Beijing Olympics was for the same reason fixed to 8:08 am of the ' 8-8-2008.

But the building is also a clear reference to the theme dear to the Italian Renaissance "quadratura del cerchio" (squaring the circle). The two circular facades in fact contain and support suspended groups of storeys that are actually "squaring" the perfect circumference of the facades in order to make the interior space orthogonal and habitable. 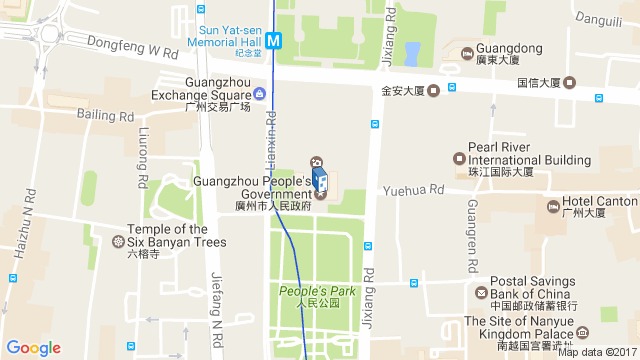