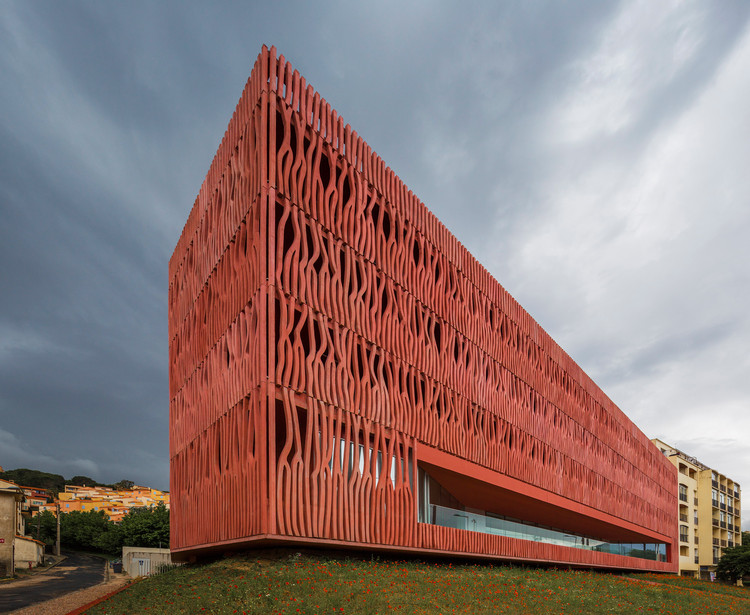 Text description provided by the architects. This project of an accommodation center consists in a restaurant, working space for scientific research and seventy-four. The building is part of a complex of facilities which include the oceanological research center and observatory of Banyuls-sur-Mer, in France. This observatory is located in the middle of the marine natural reserve of Cerbères-Banyuls, in the Pyrénées orientales department. Its purpose, as a European scientific research and training center, is to accommodate scientists and students from all over the world during short research and experimentation missions.

The building is located on the seaside and continues along the existing topography, be it of the sky, the ground or the horizon. It reinvents the relationship between the view and the landscape, and accompanies the building height plan of the city. Its ocher tones reflect the surrounding hills and the nature of the soil that comprises the cultivated terraces of the hinterlands. These hills covered with vineyards tower above the sea and glint with the deep earthy hues of iron oxides.

The project, a rectangular monolith entirely coated in a gown of pink-ocher coral, faces the marina. It also marks the limits of the shore and the city. Behind this undulating envelope, access to the bedrooms is provided by large peripheral walkways that also serve as balconies for the accommodations. These walkways are covered with a self-consolidating concrete mesh inspired by a graphic, light and see-through coral design (Gorgones). We developed the facades using a limited amount of distinct shapes, also called strands, that were casted on site. These strands were then assembled in modules according to a simple mathematical algorithm which creates a vibration in the shadows and the matter.

The restaurant is on the second floor. Its presence is highlighted by a large breach in the coral mesh, a window inviting the landscaping inside, and offering a panoramic view of the horizon and the open sea. The colorful concrete mesh is at the same time a balustrade and a visual filter to the sea. It provides a wall that guarantees the intimacy of users, bedrooms and walkways. It also features openings which offer a subtle variation to the framing of the near and far landscape.

The gaze is attracted from the inside to the outside and reveals the landscape. The views become rhythmic, accentuated by the movements and the different uses. The international accommodation center of Banyuls sur Mer draws its energy from the Mediterranean Sea. Beyond simple matter, the project falls within a poetic and scientific approach in order to reveal the landscape.

Note: this article was originally published on 8 January, 2014 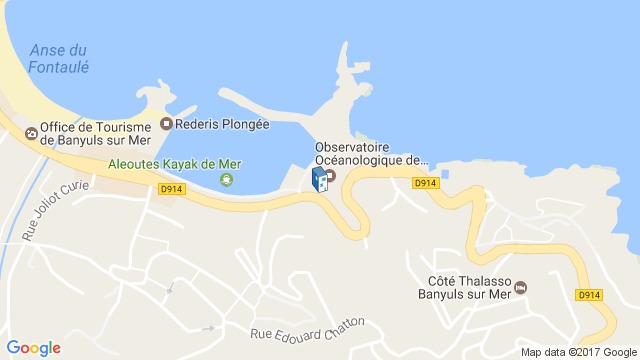 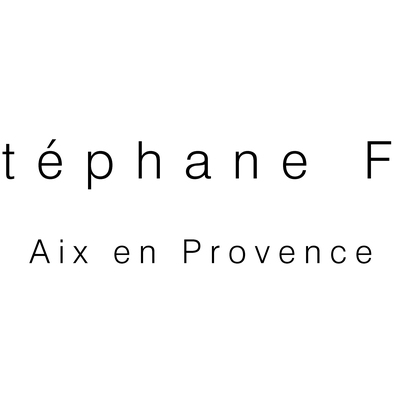 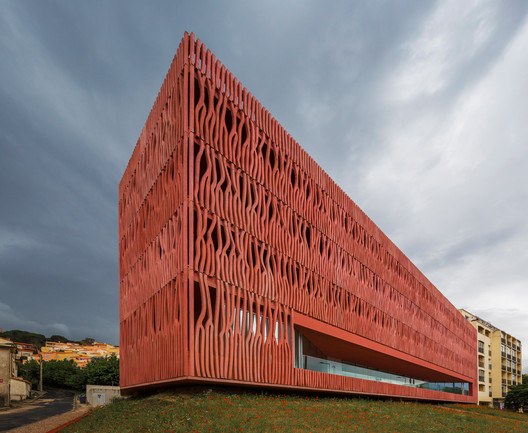