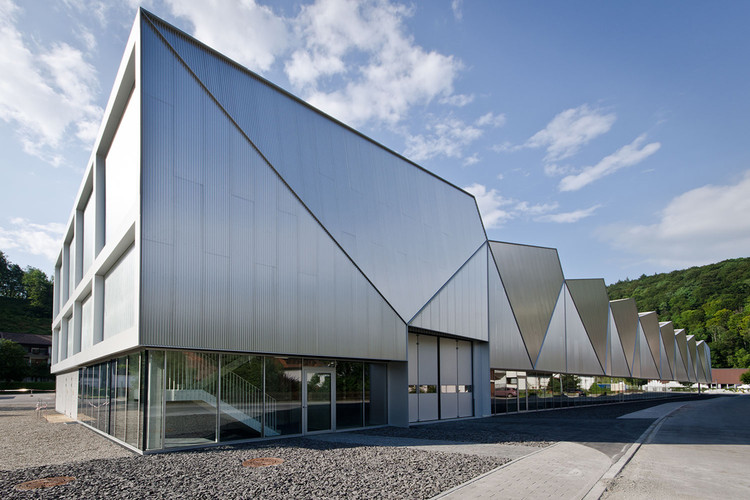 Text description provided by the architects. Trumpf GmbH the world largest manufacturer of high tech machine tools will be expanding their existing branch factory near the village of Hettingen in the Swabian Alb. Situated in a picturesque valley this will be the second addition undertaken by Barkow Leibinger the first (shops and offices of 1500 sqm.) was done in 2009.

Organized as a simple repetitive shed construction of seven bays the production hall is bracketed by two stories of offices (to the north) and a drive-through loading bay (to the south). For the production and assembling of oversized flatbed laser machines a column free and flexible space was required. The bays measure 24m in width and 13m at the highest point of the shed.

The steel framework of the roof construction allows north-facing skylights within the structural depth; together with the 3m high strip window at ground level they provide daylight for the working areas.

The permanent long façade facing the Lauchert Creek and valley is articulated as a gently folded origami of corrugated metal and glass to scale the factory building to the neighboring singlefamily houses with pitched roofs.

The office front is integrated into the shed volume but has a mater of fact gridded façade. The roof as a 5th facade is planted with local vegetation to better integrate into the scenic valley. 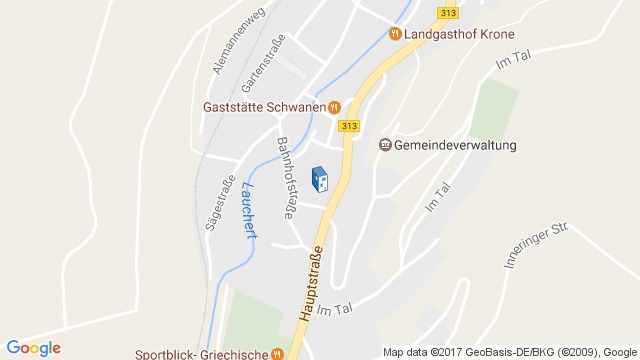