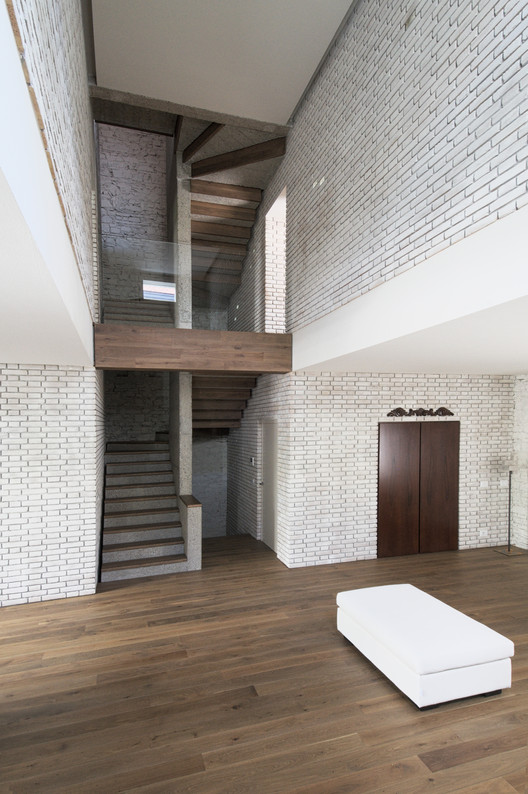 Text description provided by the architects. The idea of the project is to value an abandoned villa from 19th century in Como, through an architectural re-elaboration of the owners' s memories. The family that live into this house is from a central region of Italy, Marche and they used to live among the medieval villages made in bricks. For them construction means matter, bulk and static.

The project conserved the facades and scratched the walls to discover the stone behind the plaster. The internal walls are built in whole bricks. Thanks to the realization of the walls by the Gothic texture,  the detail allow to pass the wiring system inside the walls.

The central double high is on top of the living room. The ground floor is composed by this living room and two boxes, one with the kitchen and the other with the office.

On top of this two spaces, divided by the double high, there are two tubes. Inside them there are the bed rooms, one for the owners, the other for the guests.

Some crystal bricks are nestled into the walls to have a light communication between the spaces of the whole house.

The attic is the space reserved for the owners' s sons.

In conclusion, all of these spaces tell us that personal memory is a short part of a collective memory. Like a picture,the character of this villa freezes into the time the elements that belong to this family, but that are, in the same time, part of the general culture. 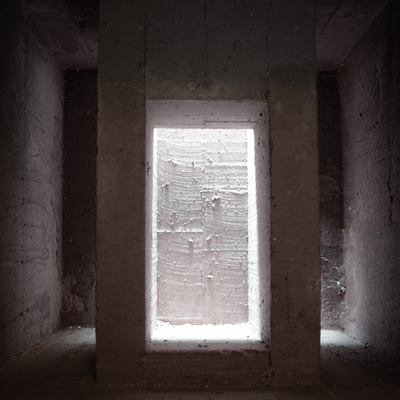