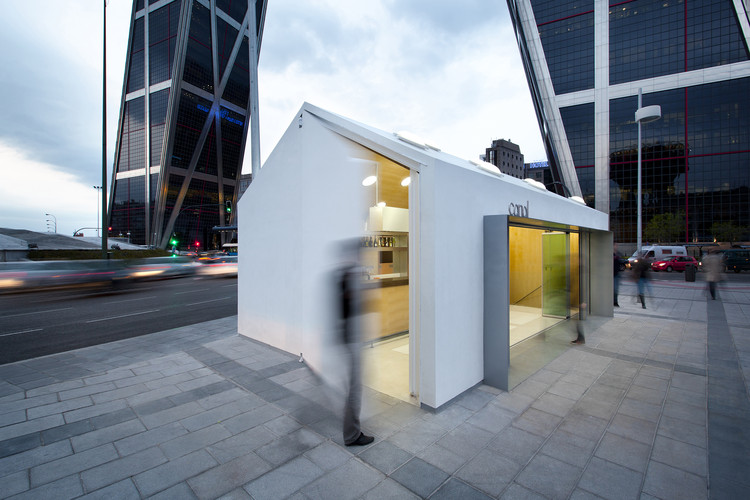 After years living and working in our office, in the neighbourhood of Tetuán, Madrid, in the co-working space Studio Banana, we had the opportunity to work on a project in the area through a private client. We knew the neighbourhood perfectly: its character, the calm atmosphere, centrality, presence of art workshops, etc. Despite changes in recent years, the character of the neighbourhood remains for its residents. Tetuán has been impacted by many of the changes that other cities have in recent years such as:

Tetuán is a district with a lot of architectural contrast. Between 1917 and 1926 this area was known for the “economical house.” These homes there are still in the memory in the neighbourhood. Our neighbours Dori and her husband, Mary and Manolo, etc. have taught us to enjoy the experiences and traditions that remain in the neighborhood.

What if we contemporize the traditions in Tetuán by building a space for social use? What if we transport to the bar the happiness of the group of people that use the Tetuán Street in summer? We could build a “economical houses” with social use.

This volume has the public space in the ground floor, with the possibility to open up and be part of the street, diluted between the circulation of the square Plaza Castilla. The light structure bolted, the set of interior finishes and the construction of the facade through light facade systems, manifest the spirit to reach a constructive system responsible, fast, economic, tech: prefabrication.

The roof and facade are built with the same lightweight construction system, creating big economic advantages while eliminating any thermal problem. The resulting volume minimizes its presence through the use of only two materials. The facade is treated with white mortar, waterproof outside and ash panelling wood inside. We were looking for the best solution for the place, the program and the client. A metal box allows entry remarking such action.

The Kiosk will last for 20 years, after which it may be recycled and/or reused for another public space. 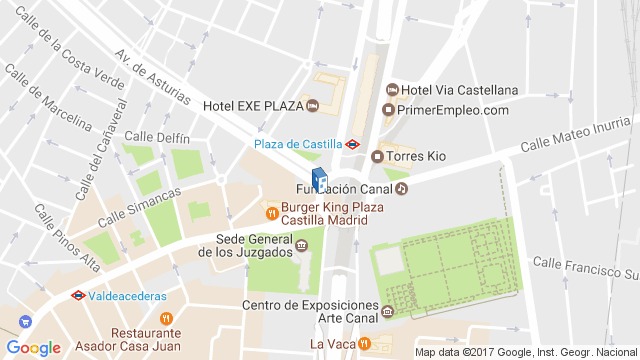