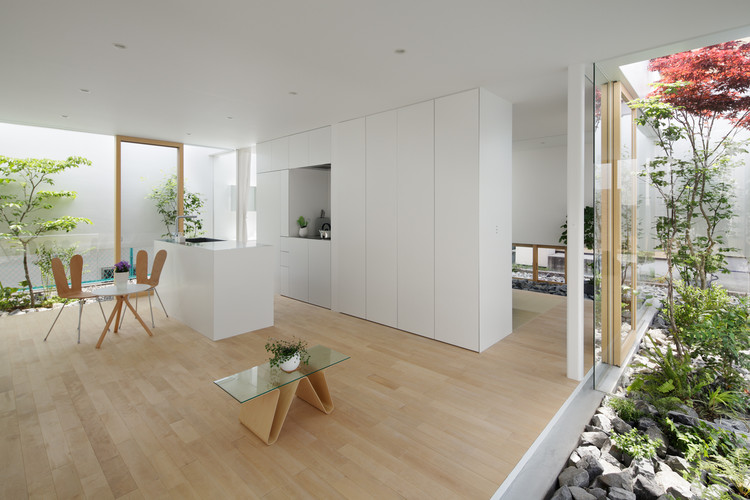 Text description provided by the architects. There was the building site on a gently sloping hill.It is land for sale by the lot made by recent land adjustment here.The land carries the mountains on its back in the north side and has the rich scenery which can overlook city in the south side.However, it was hard to feel the characteristic of the land because it was a residential area lined with houses here.Consideration to the privacy for the neighborhood was necessary in a design here because it was a residential area.

At first I float an outer wall of 2,435mm in height 800mm by Chianti lever from the ground.

I make a floating wall by doing it this way.While a floating wall of this simple structure disturbs the eyes from the neighborhood, I take in light and air.A green edge is completed when I place trees and a plant along this floating wall.That's why I called the house "Green edge".The green edge that was a borderland kept it intact and located a living room or a bedroom, the place equipped with a water supply for couples in the center of the court.Then a green edge comes to snuggle up when in the indoor space even if wherever.In addition, I planned it so that nature could affect it with a person equally by assuming it a one-story house.

A green edge and the floating wall surrounded the house, but considered it to connect space while showing an internal and external border by using the clear glass for materials.

The transparency of the glass weakens consciousness to partition off the inside and outside.

Then the green edge becomes the vague domain without the border. The vagueness brings a feeling of opening in the space.In addition, the floating obstacle that made the standard of a body and the life function in a standard succeeds for the operation of the eyes of people.

It is like opening, and a green edge and the floating wall produce space with the transparency while being surrounded.The space changes the quality with the four seasons, too.

This house where the change of the four seasons was felt with a body became the new house with an inner court which expressed the non-functional richness.

The green edge house does not change the inside and outside definitely.

For example, as the human physical dimension, standing is 1500-1800mm, and sitting is 820-990mm. On the other hand, as the human working dimension, 750-850mm on the desk, and 730-750mm in the washstand are normally scale.From the module that such a human physical standard and the standard of the life function, floating wall was set with 650mm from the floor, 800mm from the ground.By doing so, I created the domains where the eyes of the people does not cross of inside and outside.  It leads to a feeling of opening for the living people.The floating wall shows an internal and external border. On the other hand, transparency of the glass weakens internal and external difference.With the operation of the standard, and it raises excursion characteristics not to toe the mark.

The green edge house is the house which was rich in the variety that balance of the space was planned by a building and a physical standard. 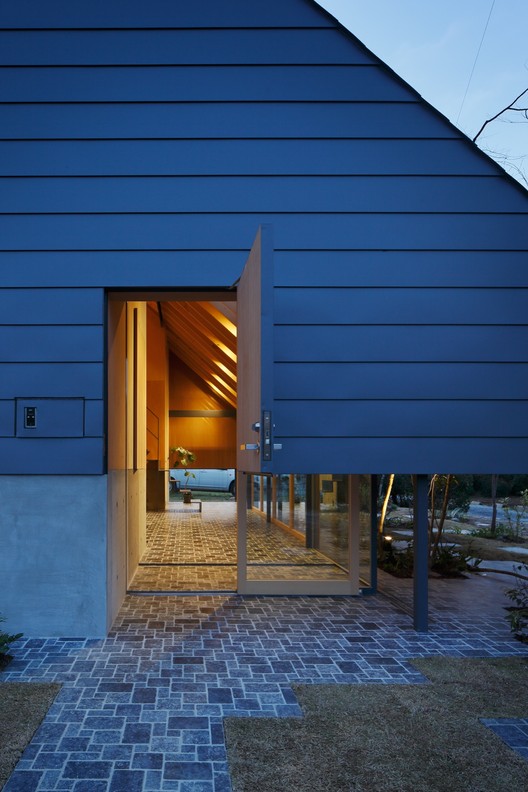