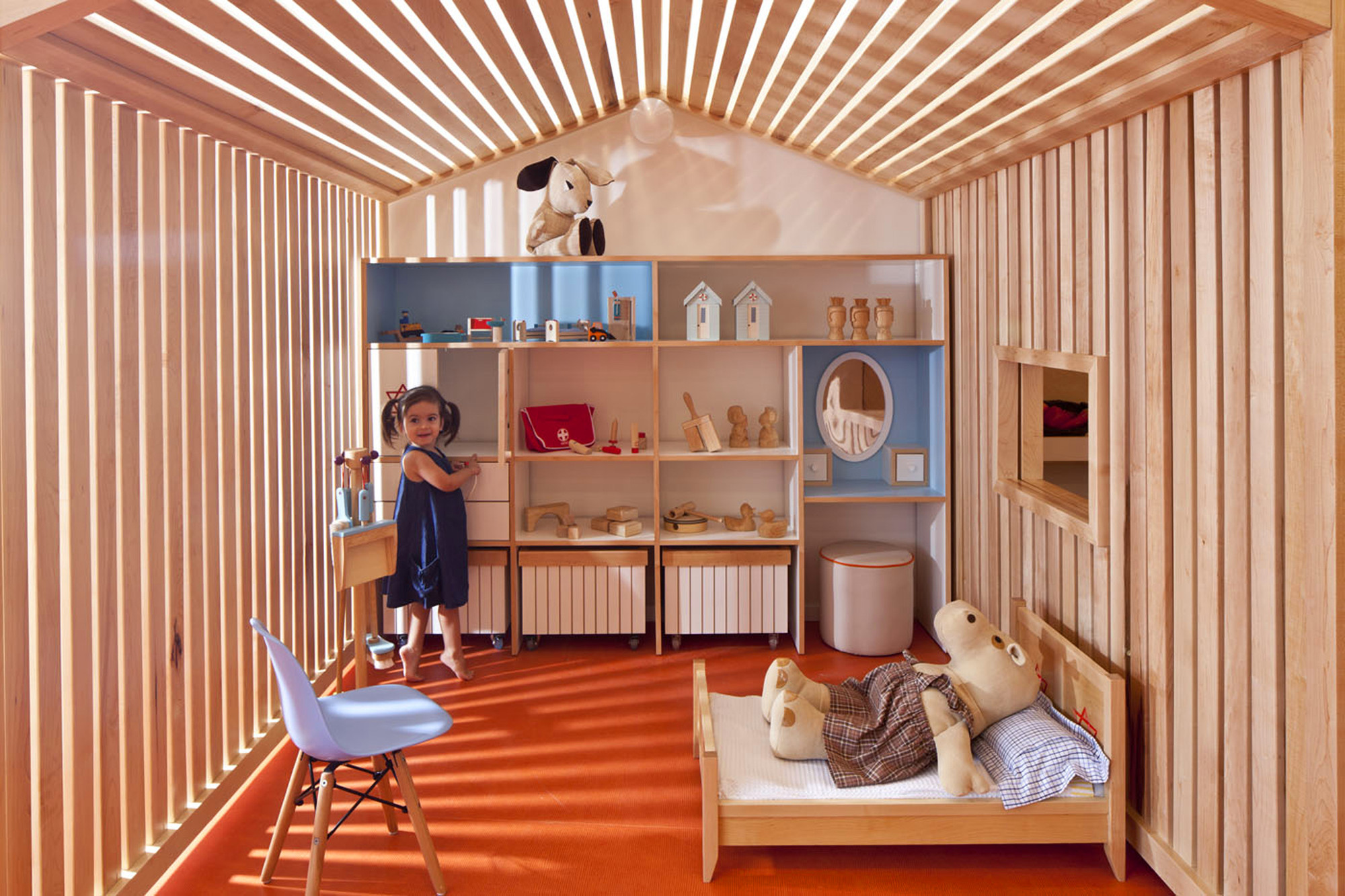 Text description provided by the architects. A unique educational center by interior designer Sarit Shani Hay was recently opened in Kfar Shemaryahu. Covering 2,400 m², it spans a cluster of six kindergartens, a play commons, and an empowerment center which provides psychological services to children of the community.

The design program was intended to create a compound of six kindergartens for children aged 3-6, where each functions as an independent unit with its own identity, and together they form an educational space offering a friendly, informal environment. The design theme was inspired by the location of the compound and the history of "Kfar Shemaryahu", originally an agricultural settlement, hence the agricultural motifs at the core of the concept.

The compound's title, "The Seven Species," was derived from the Bible, denoting the profusion and fertility of the Land of Israel and its diverse crops.

The distinctive character of each kindergarten was dictated by the species identified with it, which served as a design code and gave rise to its color scheme and components, as well as its overall design. Graphic and symbolic motifs were intertwined to meet functional didactic dictates and make for an educational environment for toddlers.

The Lobby – Our Village

The lobby design follows the sculptural graphic language of an agricultural village. It covers 250 m² and functions as a major axis between the kindergartens, a play area and a passageway to the Empowerment Center. The concept was founded on the urbanization process undergone byKfar Shemaryahu in recent years, which led to its losing some of its rural nature, hence the desire to connect the children to the rustic roots of the place.

The lobby design plays a key role in outlining the overall narrative of the compound, beginning the journey of the child arriving at kindergarten through village scenes, a large-scale tractor, and sculptural amorphous islands on which Lego-like trees tower. The trees are made of raw birch plywood boards piled on top of one another and fastened to a pole. Hung on the lobby and corridor walls are images imitating the contours of a rural landscape: a water tower, a watchtower and various animals, all made of woodcuts in Formica on plywood.

The different islands enable play, lounging, waiting, and rest. Differently sized, some are cushioned, others may even be entered. The design language employs basic shapes and raw materials. Despite the formal simplicity, which was inspired by traditional wooden toys, the construction was made with the most advanced CNC technologies.

The complex is characterized by a limited color scheme: green PVC flooring, woodcuts in black, white, red, and natural wood. The spaciousness and sculptural objects encourage a play setting, enabling the child to explore with his imagination.

Design of the Kindergartens

The six kindergartens were modeled according to three prototypes. Each two kindergartens share a space arrangement with site-specific custom-made furniture. The space design took into account both the pedagogical needs and the desire to promote a friendly playful setting which offers hands-on activity and a lasting experience.

Each kindergarten extends over 150 m². The space division varies, whether by modular furniture including low, two-sided bookcases or by airy wooden huts. Alongside intimate play areas, all the kindergartens contain open, airy spaces, which do not interfere with the kindergarten teachers' ability to maintain control of the space.

For instance: In the Tamar (Palm) Kindergarten the orange coloration was derived from the color of ripe dates; the graphic motifs were drawn from the associative world tied with palm trees: oasis, camels and huts with maple wood beams. The images associated with the palm are implemented in the various functional objects, from the palm-shaped woodcuts on the cupboard doors to the upholstered camel stools

The social services and wellness centercovers 440 m², It provides special teaching services for the kindergarten and community children. The waiting area contains an interactive wall combined with various textures, containing a wide range of games such as a clock with hands, a turning bicycle wheel, wooden balls threaded on a pole, etc.

The design language of the complex encourages play, softening the encounter with a therapeutic center which may otherwise deter children.

Designer Sarit Shani Hay specializes in the design of pedagogical environments for children. Two decades of design for the private and public sectors in Israel have honed her ability to perceive the world from a child's point of view both literally and metaphorically, to take into account the child's needs and desires, and furnish kids with an environment which functions as a playful arena rich in stimuli, challenging, activating the imagination, enabling each child to test and explore boundaries and to experiment safely and confidently. Her works reflect the world view that design is an education for aesthetics and can influence the child's upbringing, conduct and behavior.

Shani Hay's projects include kindergartens in Ramat Hasharon and Ramat Gan, activity and play spaces for children and youth at the David Citadel Hotel, Jerusalem and the Pediatric Hemato-Oncology Unit, Dana Children's Hospital, Tel Aviv. Her projects have garnered vast interest and extensive exposure in the local and international media, marking a transition in the perception of public spaces intended for children. 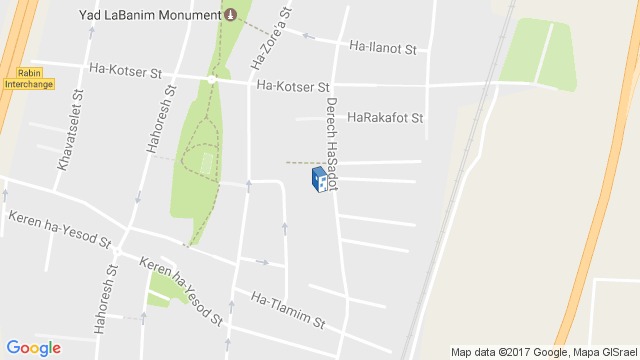