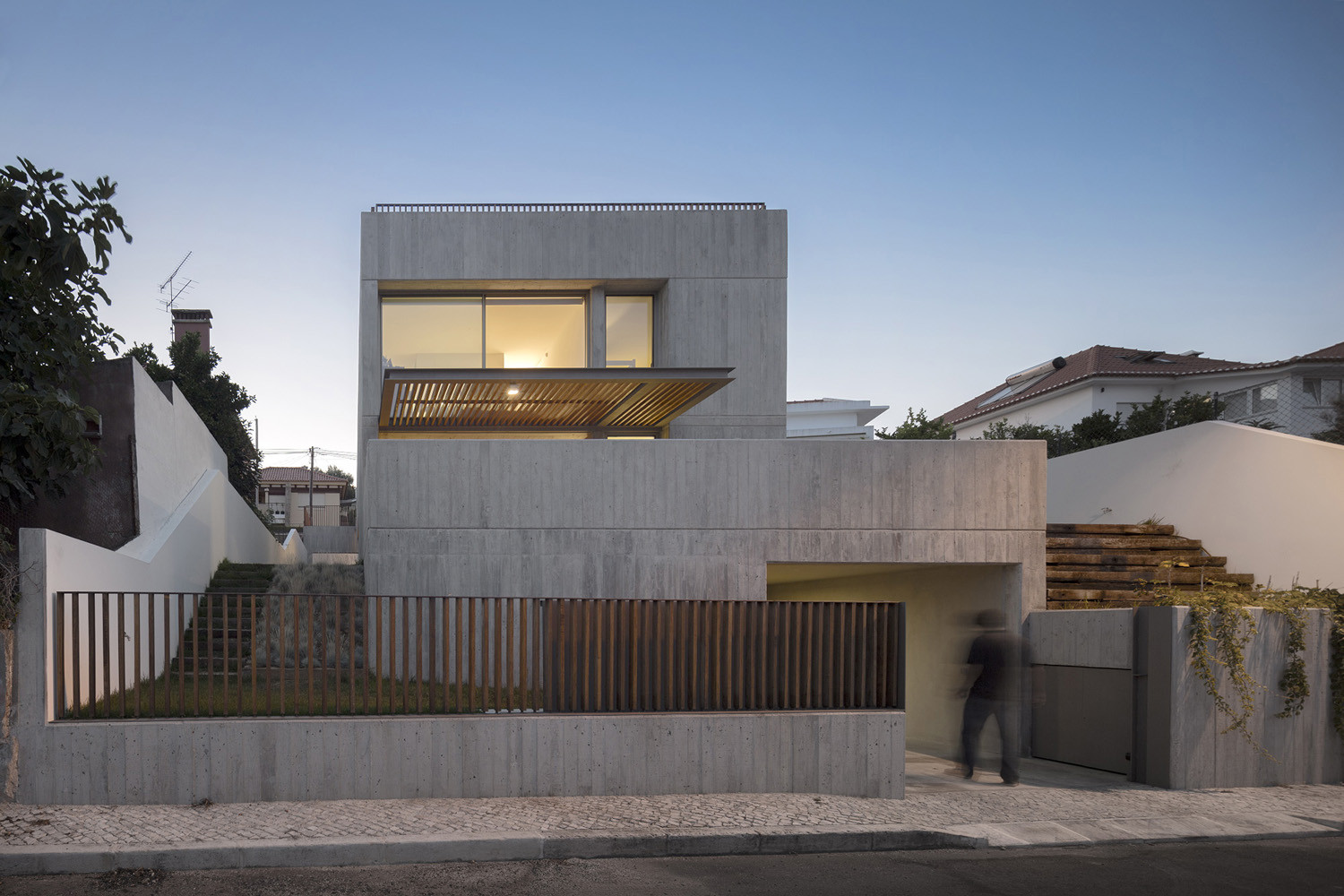 Text description provided by the architects. The house is located in an urban hillside of villas facing a privileged view of the West Jamor Valley.

The slope of a long and narrow plot inspired the genesis of the concept of property; a volumetric assimilation of the house as part of outer space. The house is the garden itself on its outer surface.

The four elevations and roof operate as garden areas as well as their concrete support walls. Given the slope, the house presents two ends in contrast: the West side, with an almost nonexistent façade with a gradual entry into the house and the East side is a fully opened object facing the lovely valley.

. In fact, the house is hardly perceived from the road, revealing itself as an exception to the street morphology: a plot without a house.