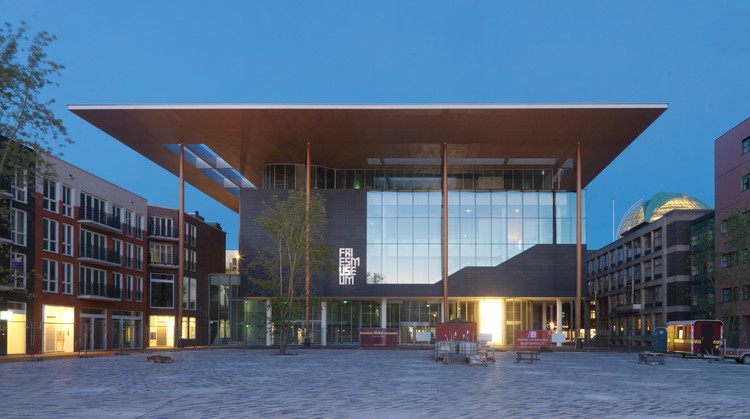 Text description provided by the architects. The Wilhelminaplein in Leeuwarden, also known as het Zaailand, has undergone a radical transformation. The enormous square has been reduced considerably by the addition of the new Fries Museum on the east side and a street front of housing and shops on the north side. The existing Zaailand shopping centre has been given a facelift. This combination of commercial and cultural functions creates a lively, urban atmosphere.

The new Fries Museum came into being thanks to a legacy from the architect Abe Bonnema. On his death in 2001 he bequeathed 18 million Euros for the construction of a new Fries Museum on condition that it was to be built on het Zaailand, a square in the centre of the provincial capital of Friesland, Leeuwarden. The building was designed by Hubert-Jan Henket and the structural elaboration was carried out by Bonnema architecten in accordance with the will.

For a long time het Zaailand was one large, empty space. When Leeuwarden was still a walled-in, fortified city, it was a vegetable garden. It later became a military parade ground before finally becoming a large square for markets, festivals and parking. The square’s large size and the lack of density in the surrounding development led many people to consider it an unpleasant place, lacking in scale. The development of the museum on the Zaailand site made it possible to reduce the scale of the square and increase the activities held there. Soeters Van Eldonk architecten designed a street frontage with shops and housing on the northern side and Bierman Henket architecten was responsible for the realisation of the new Fries Museum on the eastern side.

The Fries Museum focuses on Friesland’s history, its art and its culture. The history of the northern province of Friesland has for centuries been determined by its relationship with water. The specific characteristics of the open landscape, the bright daylight, the Friesian language and the no-nonsense mentality of the Friesian people find expression in the new museum. Choosing the Zaailand site for the museum called for a new museological concept in which this Friesian identity could be placed at the very centre of the contemporary, globalised society.

The new Fries Museum is situated between the Zaailand shopping centre, built in the eighties, and the square with its activities such as the weekly market, fairs and festivals. A public pedestrian route runs straight through the building connecting both functions. The main entrance to the existing underground car park on the square is also housed in the building. In order to inject more life into the everyday, urban programme a number of shops, including the museum shop, an art film cinema with three auditoriums, a studio for Omroep Friesland – the regional public broadcasting company, and a brasserie were also added to the building.

The ground floor and a mezzanine connect the various public routes and functions. A central hall that is the height of the building overlooks the square, providing a view of the museum situated above. A system of inviting stairways and galleries are designed to tempt passers-by to visit the museum.

The building’s public plinth is entirely transparent, making it a spatial component of the public domain. The volume above is largely closed and has stone cladding.  It houses some thirty museum halls (3,200 m2) for regional art, history and culture, spread over three floors. The halls have classical dimensions and are interconnected on each floor to form a continuous route through the museum round a central exhibition designed for alternating displays.

A large, projecting roof above the museum is carried on slender columns. The roof links the museum with the adjacent buildings with a welcoming gesture towards the city. The slender columns refer to the 19th century neo-classical Palace of Justice on the opposite side of the square. On the square itself an enormous glass front breaks though the closed volume housing the museum halls, flooding the central hall with daylight. A monumental flight of stairs leads up to the various floors. Here visitors have a view of the refurbished square and the museum, like an urban display case, displays the art to the city. 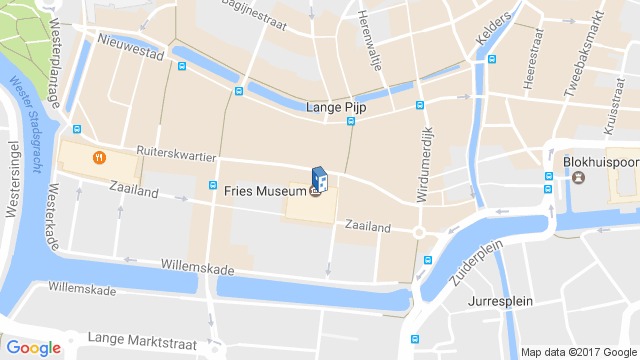