The American Institute of Architects (AIA) has announced today their decision to posthumously award the 2014 AIA Gold Medal to Julia Morgan, FAIA (1872-1957), “whose extensive body of work has served as an inspiration to a generation of female architects.”

“Julia Morgan is unquestionably among the greatest American architects of all time and a true California gem,” said Senator Dianne Feinstein (D-CA) in her recommendation letter. “Morgan’s legacy has only grown over the years. She was an architect of remarkable breadth, depth, and consistency of exceptional work, and she is widely known by the quality of her work by those who practice, teach, and appreciate architecture.”

Following her admission as the first woman to attend the prestigious Ecoles des Beaux-Arts in Paris, Morgan returned to her native state to become the first licensed female architect in California. She practiced for nearly 50 years, designing more than 700 buildings. Some of her most notable projects include the St. John’s Presbyterian Church in Berkeley, Asilomar YWCA in Pacific Grove, and The Hearst Castle in San Simeon.

As the AIA described in a press release, “What stands out most is the vast array of architectural styles [Morgan] employed: Tudor and Georgian houses, Romanesque Revival churches, and Spanish Colonial country estates with an Islamic tinge. Her late-period Beaux-Arts education gave her the ability to design in these historicist styles, gathering up motifs and methods from all of Western architectural history to select the approach most appropriate for each unique site and context.”

Morgan’s legacy will be honored at the AIA 2014 National Convention and Design Exposition in Chicago. Read the AIA’s complete biography of Morgan here. 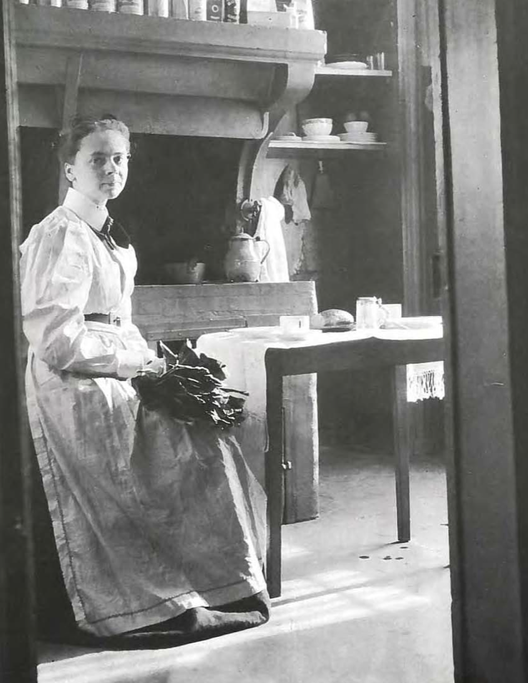