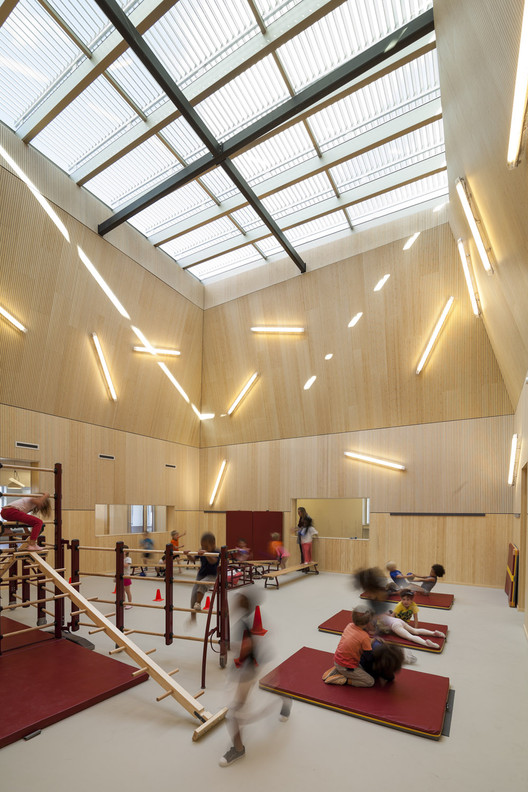 Text description provided by the architects. The school of the 21st century needs to satisfy a long list of demands, some of which seem at first to be contradictory. It needs to have character and function as an anchoring point within the neighbourhood.

It must be multifunctional, flexible, energy-efficient, sustainable, affordable, and possible to build within just a few months. Impossible? No. In fact, it was recently completed: the Integraal Kindcentrum (Integral Child Centre, IKC) Zeeburgereiland in Amsterdam, designed by Studioninedots. The building was opened on 29 November.

For the upcoming years the municipality of Amsterdam has the challange to provide sufficient facilities for the many new development areas, including Zeeburgereiland.We decided to create a compact building with a powerful heart that forms the connection between all the functions of integrated child centre.

All the classrooms are placed along the facade creating a social heart where children can meet and learn. This area is formed by the auditorium, entrance, library, play rooms and the lunch rooms. The identity of this space is formed by specially designed multi-storey light wells, creating multiple views, beautiful light and different relations between the floors. 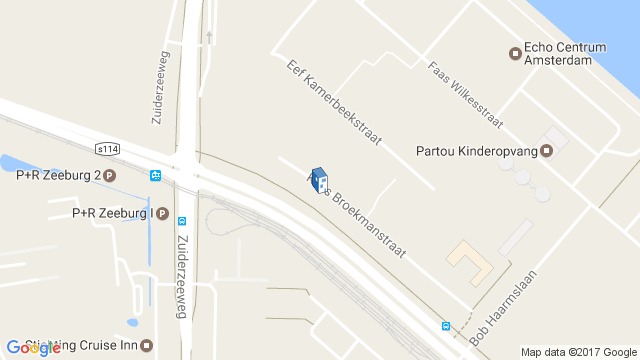