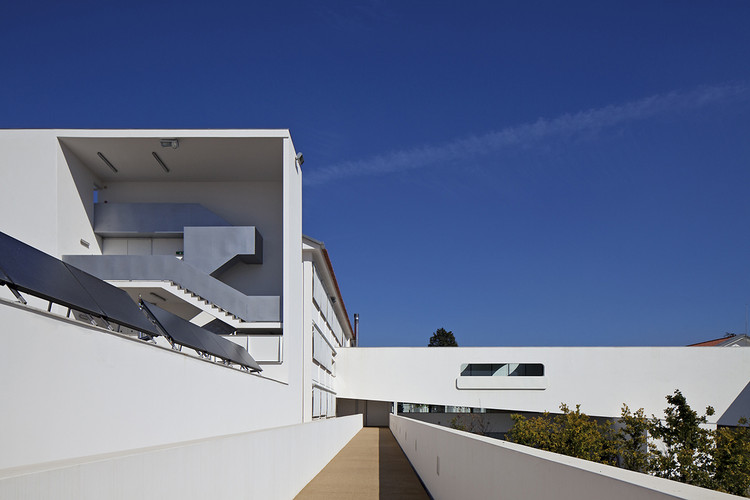 Text description provided by the architects. All the operations proposed for this ensemble are fundamentally descended from a first operation proposing the redefinition of the point of entry in the school. The new access to the school will be from the eastern front of the lot, between two thin arms delimitating the lot North and South sides.

In the end this is about re-centering the school, not only in its programmed “horizontal” distribution, but also in its altimetry, with the main access being done at an intermediate level between the highest and lowest point of the complex of buildings. The main action point of this project is an operation, that mostly involves designing and qualifying this part of the land, delimitated North and South by the existing buildings, where all the complex of new spaces to be built is situated – closed spaces that host the new.

Program but also a sequence open spaces that will re- center the activity and the flux of school users in this central ribbon. This complex of central areas, develops in a sequence of five different spaces:

1.Drive-in: urban space, external from the new limit of the school, allows the entry of cars for pupils drop off/pick up and for deliveries of goods.

2.Patio 1: Open space, it is the first entry space into the school, delimitated North and South by the existing buildings and defined on its West side by the new transversal building to be erected that becomes the center of the school.

3.Central building: closed space, it comprises three floors and hosts exclusively public spaces, for the use of all the school community . Atrium at entry level, Library in the upper floor, and cafeteria in the lower floor.

4.Patio 2: Continuing to follow the East-West axis, from the school new entry, this is the space following the central building. It locates one level below Patio 1, at the same level as the cafeteria, and it is planned as its prolongation towards the outside. It is a space more closed and embedded in the terrain, delimited by building in all its fronts, and closed on the Western side by the new sports areas.

5.Sports areas: a complex of new buildings to install at the western edge of the lot, installed at the lowest level of the land, embedded between platforms, solution that allows that such a significant volume of construction be discretely implanted in the complex.&amp;#8232;

In this way all the fundamental collective use spaces, as well as the sports areas are built along this central ribbon, while the academic spaces are left within the existing buildings.

The three vertical volumes to be built abutting the existing building and that resolve the vertical accesses between floors, will also host the sanitaries serving each floor, technical areas for the vertical communication of infrastructure, as well as an elevator, that solves in an acceptable way the question of restricted mobility ( disabled users) within the building. 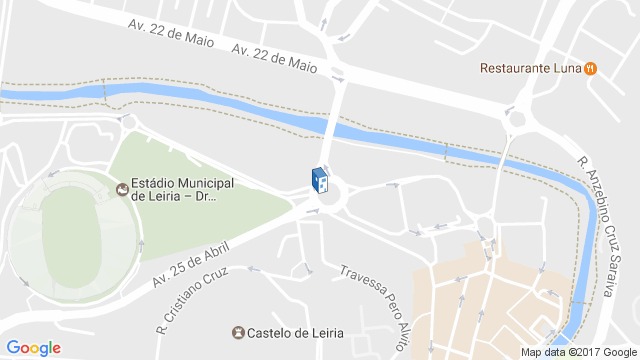