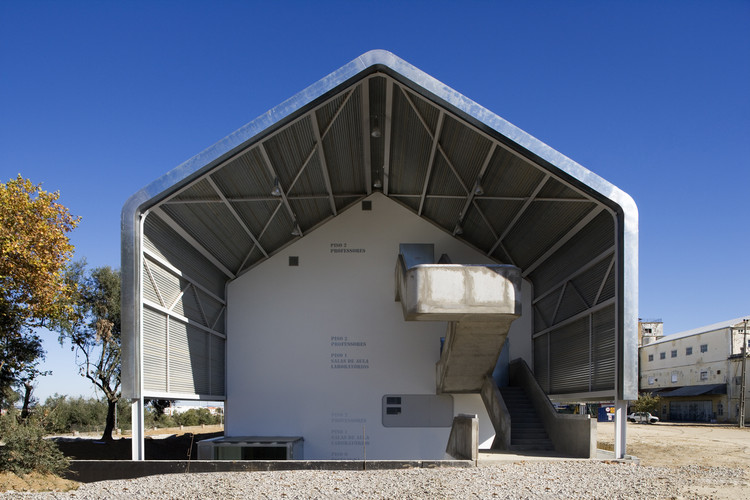 Text description provided by the architects. 1916 - 1970 Original programme. Built in 1916, the Alentejo Milling Society became the Leões pasta factory in the 1970s.

Seen from a distance from the historic centre and the approach in direction of the old Leões factory allows one to understand that, oddly enough, its principle value consists of its excessive volume that is imposed abruptly on the plateau.

Buildings designed around the machines they would house, and not around people, in physical or transcendental terms, who are reduced to mere operators, workers, simple cogs in the machine.

A partially occupied but machine-less building, appropriated by man. Spaces that, due to their versatility and relationship with the territory, became places for teaching.

A building is added that substitutes the annexes, thus configuring the courtyard afresh, with associated workshops, a cafeteria and a lean-to.

Other infrastructures were added to the existing spaces, which provide the necessary facilities for teaching, and extra furniture.

With increasing knowledge of old industrial spaces and systems we find some of the strategies to reuse in the construction of the schools.

First are the large coverings that protected the railway platform and other loading and unloading areas, which could hardly contrast more in their delicate lightness with the enormous mass of the constructions.

Now re-introduced, it shelters teachers and students instead of products and raw materials, constructing the meeting place of the school ensemble, it outlines the main patio establishing a visual relationship between all the spaces of the ensemble, whose central open space is an unexpected green field which is reminiscent of university campuses, until then so distant from this context.  This body connects the different elements at the same time as it constructs the School space, a large and elongated atrium, a kind of backbone that allows bodies that were previously isolated to function once more, becoming part of a single structure. 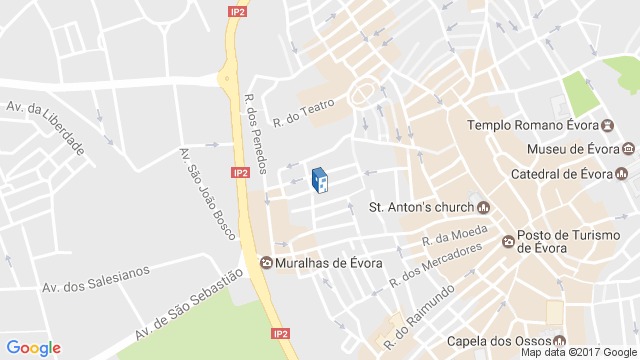 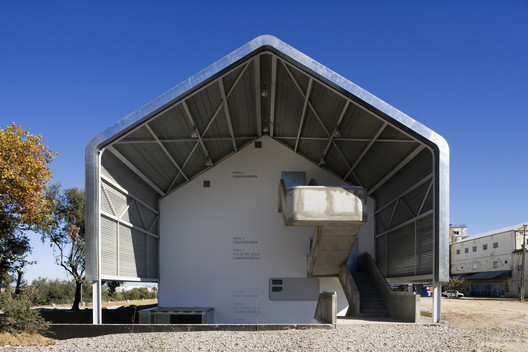 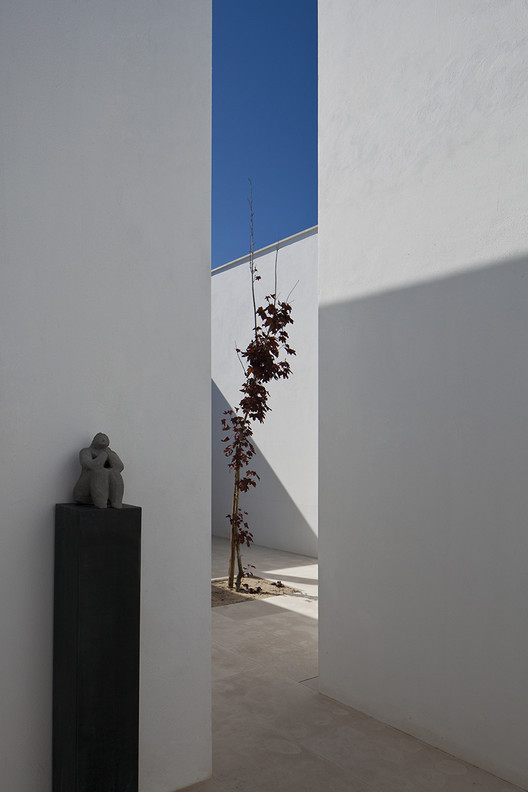