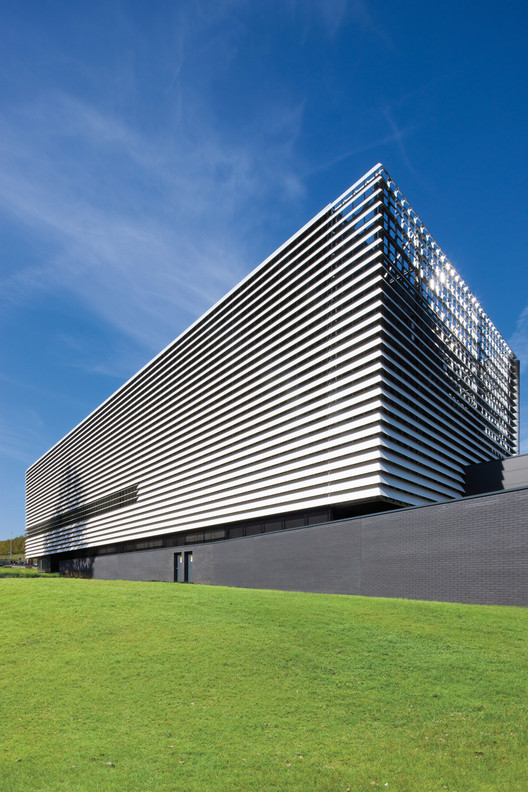 The new building on the edge of the university campus is not merely a functional building one has to accept, and certainly not an unavoidable intrusion either. Indeed, it enhances the visual appeal of the quarter and accommodates, on some 6000 square metres floor area, the quarter’s energy and data centre. For functional reasons the three-storey building is all but opaque. There are numerous ventilation openings but few places that could be glazed, such as the two staircases on either of the narrow sides and an area on the first floor.

From the first floor upwards, perimeter walls are closed with externally insulated precast concrete components. The thermally insulated panels are finished with black acrylic lining. In front of those, an aluminium subframe supports 600 millimetre deep fibre cement vanes. The secondary façade serves as an additional layer of thermal protection and a shield from rainwater and sunlight. Just as importantly though, and given its form and colour, it is the material that lends the building’s exterior its attractive appearance. The vanes in front of the closed exterior walls have been mounted at a pitch of 30 degrees from the vertical. In frontal view and from a distance the façades therefore appear opaque, displaying a distinct horizontal structure. Viewed at an angle, the vanes seem to converge towards a distant vanishing point. In close-up view the appearance changes yet again as the gaps between the vanes towards the top of the building become seemingly wider.

Vanes in front of glazed wall sections have a 60 degree pitch, proffering yet another façade pattern that changes during a 24 hour cycle: during the day it presents more of a dark background, but when lit from behind these surfaces become quite bright. 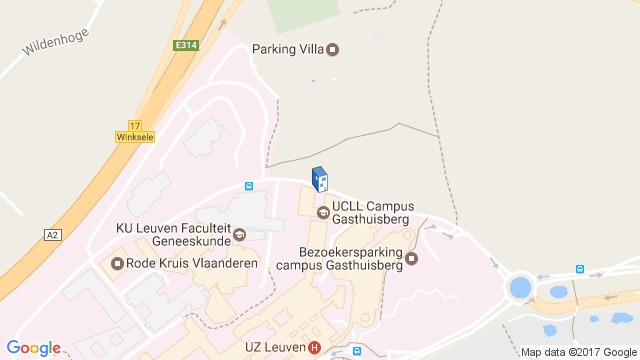 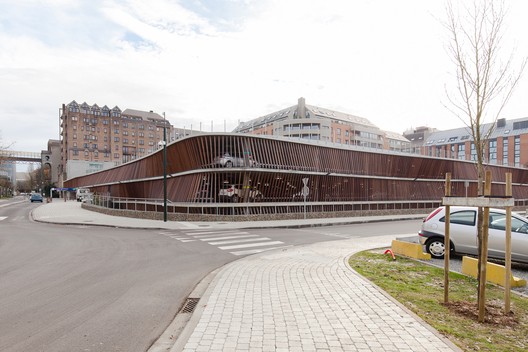