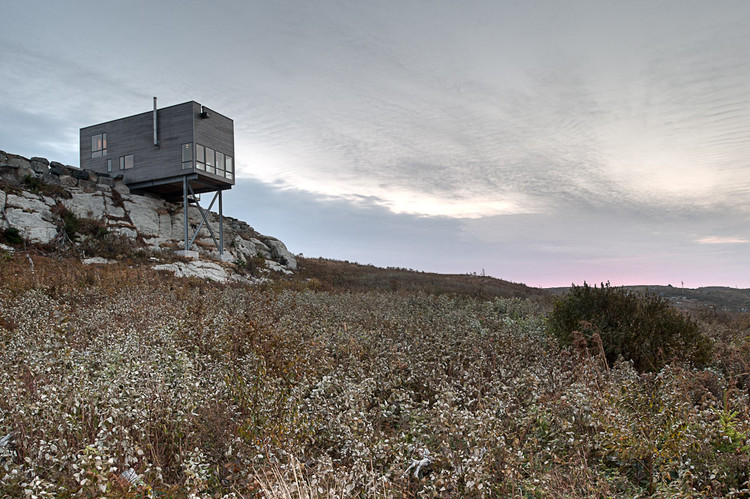 Text description provided by the architects. This project is the first of a series of projects for a large 455 acre site on Nova Scotia's Atlantic coast. This pure box in the landscape is precariously perched off a bedrock cliff to heighten one's experience of the landscape through a sense of vertigo and a sense of floating on the sea. This strategy features the building's fifth elevation - its 'belly'.

This modest 960 square foot cabin functions as a rustic retreat. Its main level (16x44) contains a great room with a north cabinet wall, along with a service core. The open loft (16x16) is a sleeping perch. A large south-facing deck allows the interior stage to flow outward through the large windows. This is a modest, affordable cabin that is intended as a repeatable prototype. A large, galvanized, steel superstructure anchors it to the cliff. A light steel endoskeleton forms the primary structure expressed on the interior. The envelope is a simple flat form framed box, which is clad in cedar shiplap. 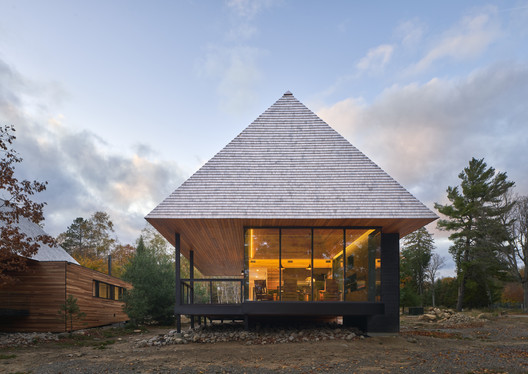