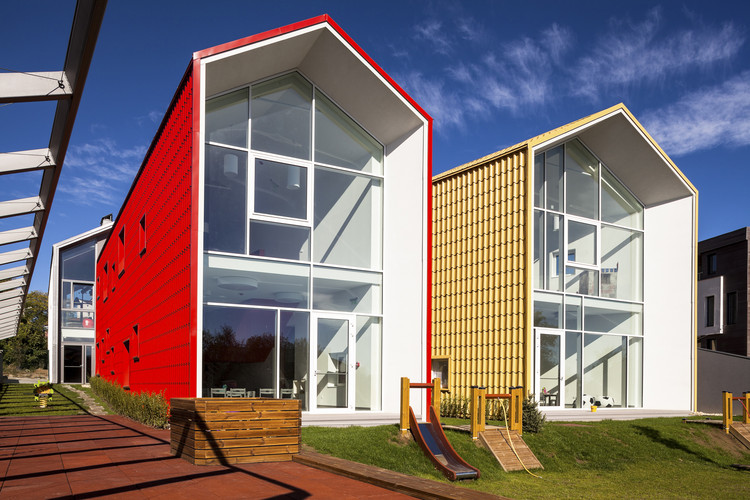 КITA is a private kindergarten, built in Dragalevtzi neighbourhood, Sofia. The kindergarten is located close to the main traffic artery of the neighbourhood and is surrounded by two and three storey residential buildings. The concept idea for the kindergarten was formed both by the characteristics of the terrain - long and narrow with an inclination from west to east, and the desire to create a unique building, allowing for games and entertainment for the children.

The kindergarten is situated in the west end of the site, which provides south  facing to the external play areas and east facing to the spaces for the children's groups’ areas. The building consists of three elements - the "red house" for a group of 15 children, the "yellow house" for a group of 25 children and a common enclosure - the "screen" that changes from being a façade of the building to a fence of the site.

The entrance for the children and parents is oriented towards north-west, close to the kindergarten’s parking area. The foyer is the main distributive space of the building. From this space the children enter the children's wardrobes area, located in the space between the yellow and the red house, and the parents have the opportunity to get on the second floor, where the gymnasium of the kindergarten is situated. From the foyer is accessible and the administrative block, located on the basement level.

The children’s groups’ areas are comprised by a play zone and a sleeping zone. Instead of the standard for Bulgaria scheme in which the two zones are situated next to each other, in KITA conveyer’s team organized them one above the other. On one hand this enabled both of the children's groups to gain equal access to the courtyard of the kindergarten and on the other hand the internal stairs between the two levels became an active element of the interior. The double height of the rooms and the stairs-tribunes that the children are able to use for play, both helped for the unique character of the interior spaces.

The kindergarten’s courtyard is sculpted on several levels, taking into account the natural inclination of the site. The difference in levels is used to incorporate children slides and climbing frames into the green ledges, enabling a variety of games for the children. Each of the two children’s groups has its own outdoor space and external tribunes made of natural wood. In the southern part of the courtyard is situated an outdoor playground with tartan flooring. Openwork metal structure bearing textile canopies and climbing plants provide shade on the playground. 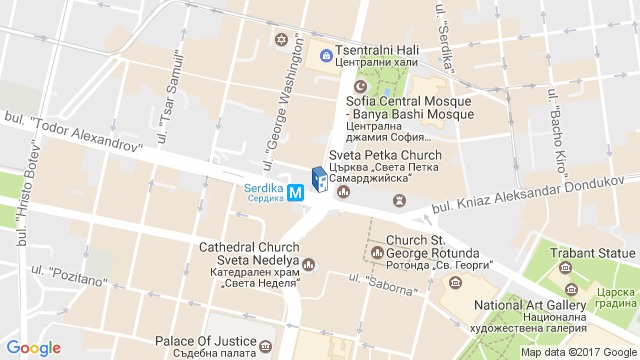