Poland-based GowinSiuta Studio has won "Changing the Face 2013 Rotunda Warsaw," an annual design competition (now in its 13th year) to revamp the "sawtooth-topped Rotunda, a favorite landmark and meeting spot in central Warsaw." Alongside being awarded the $15,500 prize money, the practice also plans to see their proposal realized by 2015. The studio's proposal, entitled Modern Urban Oasis / Warsaw City Lounge, transforms the Rotunda into an integral part of a public square.

According to the architects, "the public square is utilized in a multifaceted way – meeting the key needs of the people that are present there at any given time, depending on the purpose and duration of their visit to the Warsaw City Lounge. All zones are designed so as to form a coherent and efficiently-utilized space while remaining in mutually non-invasive relations. The transformation of the Rotunda’s appearance consists primarily in the mode of its perception. A facility heretofore viewed mostly from the outside, or from the ground floor level, is now becoming an interactive transfer hub for people and information – so that it will become possible to perceive the surroundings of the building and its internal geometry from the mezzanine space which has not been freely accessible before."

"The pedestrian traffic, until now for the most part organized underground, could – through the proposed changes to the traffic organization at the crossroads – be streamed predominantly on the ground level. The proposed system of cycle tracks and bicycle parking facilities, including battery charging devices among other features, could create an impulse for changing the whole way of thinking about personal transport in the city."

Water plays a key part in the design. "It's social function is to produce a refreshing ambience through a system of fountains integrated into the surface pavement, designed to direct the eye towards the plaque commemorating the gas explosion which destroyed the Rotunda several decades ago. The accentuation of the axial quality of the overall plan and its aesthetic properties are coupled with adequate grey water management." 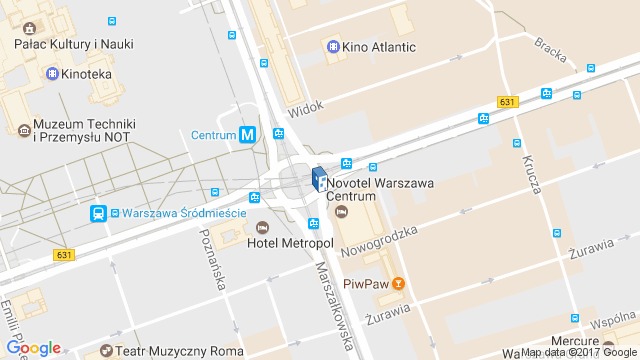