“Architecture is created, 'invented anew,' by each man who attempts her, who roams her space, climbs a stair, rests on a balustrade, lifts his head to look, open, close a door, who sits down or gets up and makes intimate contact with - and at the same time create 'forms' in - the space [...] This intimate, fiery, contact, that which was perceived by man at the beginning, is today forgotten. Routine and communal places made man forget the natural beauty of "moving in space," of his conscious movement, of those little gestures…” -- Lina Bo Bardi

We're celebrating the life and work of renowned Italian-Brazilian architect, Lina Bo Bardi, who would have turned 99 today.

Discover more about this icon and proponent of humanist modern architecture, after the break...

Bo Bardi studied architecture at the University of Rome, moving to Milan after graduation. She would work for Gio Ponti and later become the editor of the magazine Quiaderni di Domus. With her office destroyed in World War II, Bo Bardi, along with Bruno Zevi, founded the publication A Cultura della Vita. As a member of the Italian Communist Party, she met the critic and art historian Pietro Maria Bardi, with whom she would move permanently to Brazil.

In Río de Janeiro, with its lush surroundings and modernist constructions, Bo Bardi began to assimilate these new influences, a process that would culminate when they moved to Sao Paolo. She began to study Brazilian culture from an anthropological perspective and was particularly interested in the convergence of art and popular tradition.

In 1950 she started the magazine Habitat, and in 1951 she designed her home, called House of Glass, in Morumbi, Sao Paulo; the house is considered one of the paradigmatic works of rationalist art in Brazil. Later in 1957, she began to construct the new wing of the Museum of Art Sao Paulo (MASP), which suspends the building above a 70 meter square.

Moving to Salvador in order to direct the Museu de Arte da Moderna da Bahia, Bo Bardi continued to design emblematic projects, dozens in fact, including the restoration of the Solar do Unhão, a 16th century site, in 1940, the Sesc Pompéia, in 1977, and the rehabilitation of a former drum factory, the Teatro Oficina, in 1984. However, her work was not exclusive to architecture; she also dabbled in scenery production, art, furniture design, etc.

Bo Bardi passed away in 1992, with many ongoing projects left unfinished. 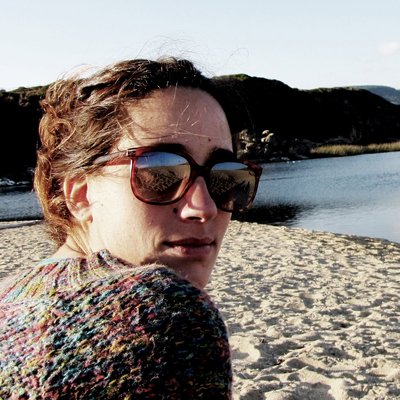