Save
Light Matters: Glass Beyond Transparency with James Carpenter
Share
Or
Copy

In Modernism’s attempt to dissolve spatial boundaries with transparency, the material used - glass - is all too often dematerialised. In contrast, the New York-based designer James Carpenter is interested in multiple readings of glass - beyond transparency. 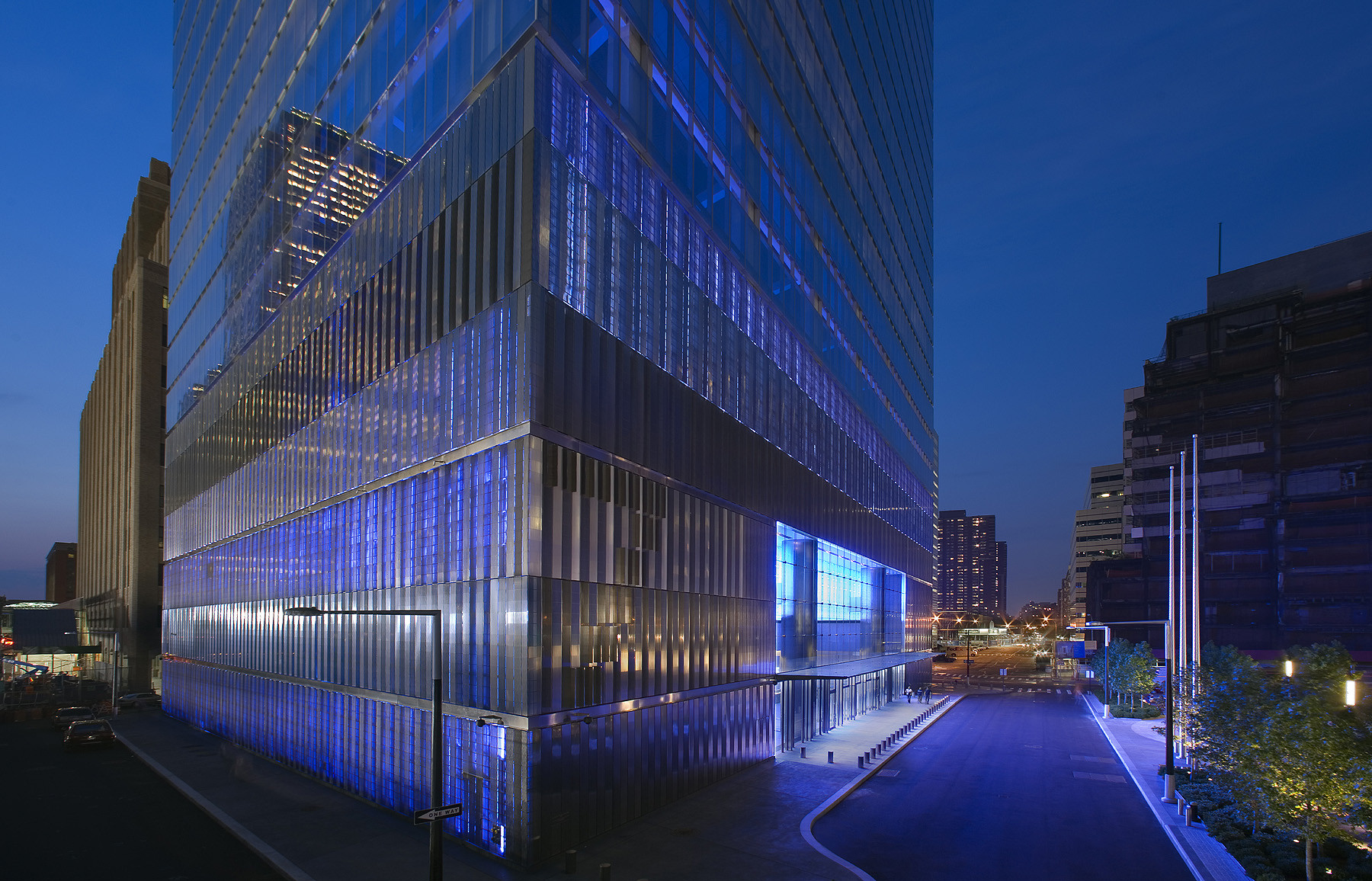 The studio James Carpenter Design Associates can look back to various projects worldwide that have explored the technical and aesthetic possibilities of glass, like the Israel Museum in Jerusalem, Hearst Tower Ice Falls or Reconnecting the Subway with the Sky in New York. As Carpenter explains:

“The thoughtless overuse of glass is plain to see. Having such complex properties both aesthetically and in terms of building performance, using glass successfully requires a wide ranging and cross-disciplinary approach. We have both the detailed technical ability and vision to satisfy the materials potential and transform the material’s challenges into design opportunities.”

From the beginning, Carpenter has been fascinated with glass and its potential: “My artwork began in film where I used glass for its uniquely responsive projection surface. This led me to a particular interest in light and its significance in our experience of life – not so much in the sense that it allows us to see the world outside ourselves, but in its capacity to accumulate information along its journey to the eye. I look at glass as a material that is capable of revealing light through its wide ranging material properties: transmission; reflection; refraction; and diffusion. It has a special ability to surprise, delight and engage us with our environment in a way that no other material can quite achieve.”

Carpenter’s studies of architecture and sculpture at the Rhode Island School of Design helped him bring an engineering perspective to his art. At this school he met the famous American glass sculptor Dale Chihuly, with whom he collaborated on some objects. This multi-disciplinary approach would influence him throughout his career:

“We strongly believe that a successful design with glass is one that merges art, engineering and architecture.”

Carpenter then worked for a decade as a consultant with Corning Glass Works in Corning, New York, where he developed new glass materials, including photo responsive glasses and various glass ceramics. These projects were designed for potential architectural applications, and this work eventually brought him back to the practice of architecture itself.

In one of his early architectural projects, Carpenter played with complex coloured light patterns that change over the course of the day. An almost 10m high window was stabilized vertically with glass and horizontally with panels of dichroic glass. The thin-film coated glass split the spectrum of light rays; the transmitted light changed into one colour and the reflected light into a different colour from the remaining spectrum. With the angle of light or view the colour also shifted.

Carpenter transformed the window into an impressive projector for a superimposition of landscape and sky images while enabling at the same time a clear view of the outside world: “The images and movement of clouds and birds passing through the sky are directly projected into the space by the upward slanting bars of light.  Simultaneously, wind movements of leaves from the adjacent trees are projected into the space by the downward slanting bars of blue light.“ With the dynamics of sunlight and clouds the image shifts from colourful crisp moments to invisible presence.

Carpenter has considered the dichroic glass technique as a design solution for the urban environment as well. With a large grid of dichroic glass fins he has converted the long brick façade of the New York Millennium Tower into a daytime media wall that gives the illusion of depth. The installation consists of two main elements: A flat plane of semi-reflective glass panels and dichroic glass fins that emerge perpendicularly from the glass screen. Depending on the angle of approach/view, the passerby perceives different colours. On a sunny winter day the installation reaches its most complex light pattern, with cross-hatched reflections, transmissions and cast shadows.

With a mixture of lenses, mirrors and diffused glass, “Periscope Window” in Minneapolis created different layers of phenomena: A pinhole projection, direct shadow and lens projection. The pinhole structure creates an image of the sun in the opposite direction of the sun on the inner diffused glass pane. The mirror and lens transport the shadow pattern of the outside branches and leaves to the inside in an abstract form. Finally the mirror reflects the image of the sky and tree onto the acid-etched glass.

At the new 7 World Trade Center in New York, the façade by Carpenter plays again with reflection and an overlay of pattern, but this time the construction is based on stainless steel. An attractive façade experience was a challenge at this site because the façade needed to cover large electrical transformers and did not allow a good view into the interior of the building. Therefore Carpenter introduced a blue luminous volume as an extension of the glass tower volume and created a white luminous ceiling volume in the lobby.

The outside podium wall was developed as a two layer screen with an open structure so that the internal cavity would meet the airflow requirements for the electrical transformers. The outer stainless steel screen consisted of triangular wire welded on frames. The back screen’s prismatic wires were glass bead blasted to diffuse and scatter light. The two wire sizes for the two screens reduced the moiré effect, which generally occurs with two layers of parallel lines.

At daytime the highly polished outside screen reflects the urban environment while the inner layer diffuses the light. At night, the facades emanate blue light based on a reflection of the back screen , creating a feeling of depth. Additionally a video camera recognition system registered and displayed the movement of pedestrians on the facade with the blue vertical light lines. Again Carpenter achieved a complex light pattern with unique images for day and night.

Just as Carpenter is interested in the various dimensions of light, he is fascinated by darkness as well. Therefore he has started a research project in Greenland to perceive the qualities of low light levels. For Carpenter this project is a reaction to the overuse of artificial lighting, as he explicates:

“I have a deep interest in the observation of light, and it is clear that just as natural light has been diminished by the overuse and dependence upon artificial light within dense urban environments, so it could be said that the overuse of artificial light has robbed us of our ability to be sensitive to low level light phenomena, in other words, darkness. For the Greenland project, we wanted to deepen our understanding of what light is, how matter is constructed, how light can be used to investigate the properties of matter, and what physical effects produce many of the phenomena that we can observe around us if we look closely.  From my perspective, I am particularly interested in both understanding the phenomena and creating environments and conditions where they can be perceived and have both a physiological and cultural impact.”

The projects of James Carpenter offer an inspiring perspective on altering perception. Although he and his team work with state of the art glass technology, the installations do not emanate the spirit of exposed high-tech details, as he puts it: “We treat design as both a detailed technical challenge and as an opportunity to insert the experience of light within the public realm.”

With small interventions Carpenter succeeds in creating fascinating lighting effects for private spaces as well as for the urban environment. If possible he tries to play with the perspective of the viewer in order to offer new images. For Carpenter, glass is not to ignore and look through; glass has become a multifaceted material to generate spatial depth, optical illusions or an overlay of different light patterns.