Save
Nursery In The Jardines De Malaga In Barcelona / Batlleiroig 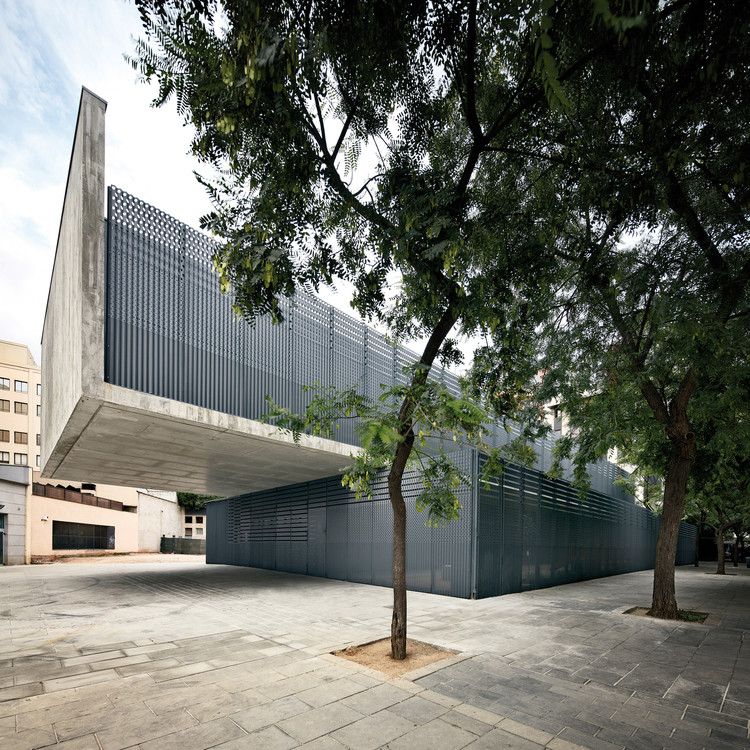 Text description provided by the architects. The redesign of the Malaga gardens, located in the block interior bounded by Nicaragua, Berlin, Numancia and Avenida Josep Tarradelas streets, in Barcelona, promoted the allocation of a small site for the construction of an education facility: a nursery. The rectangular shaped site is attached to a dividing wall one of its long sides closing the block interior, and faces the gardens on the other.

The small area of the site prevented the program to be developed in a single story, as would have been desirable. It was decided to organize it in two floors, which allowed all the classrooms to face south. The need for playgrounds and porches on both levels was solved with a structural offset in section. The classroom access is done, in both levels, trough a wide corridor illuminated by a patio attached to the neighbor division wall. The entrance, located at one end of the volume, was protected by another offset of the superior volume that created a cantilever over the access.

The play of volumes and geometries imposed to the building by the small area of the site was nuanced by some moderation on the election of materials, choosing concrete for the structural elements for the less sunny side facades, and metal, both opaque and perforated, on the sunniest ones. In the interior, this monolithic perception of the building was modified introducing materials with a better tactile quality, such as wood or rubber and extending also the chromatic palette.

The lush vegetation of the garden in which the nursery is located, and the future vegetation of its patios, will soon shelter this small building, confusing visually the interior and exterior, but welcoming and protecting its little inhabitants. 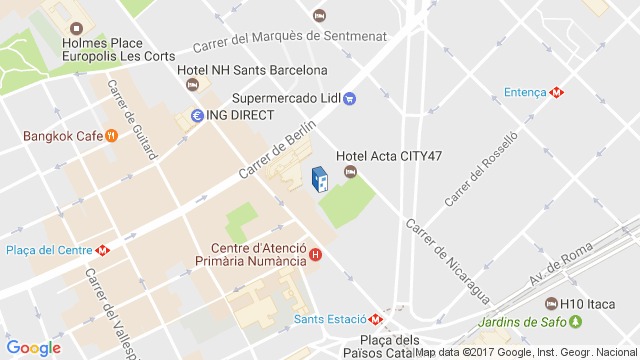