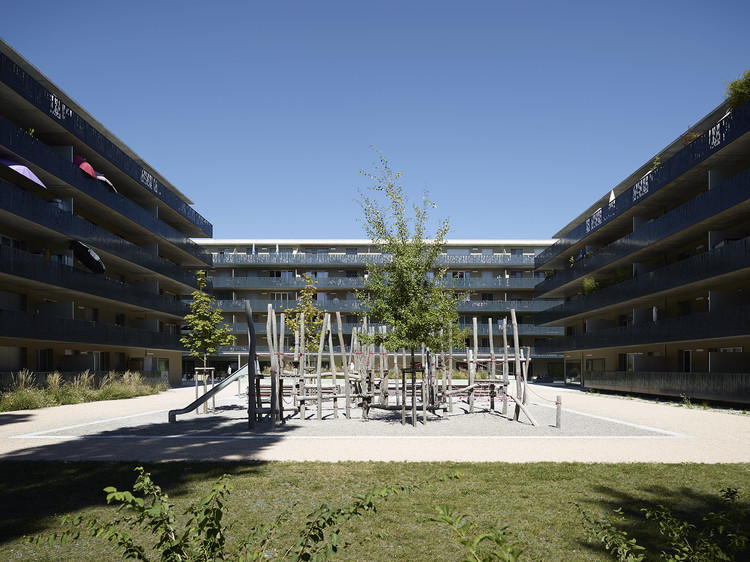 A number of considerations were taken into account in this project, namely the centrality of the site in its broader context, and the necessity of creating an open neighborhood articulating pedestrian connections between the various changingurban parts.

The project has five courtyard buildings of increasing heights, which create a sequence of urban pedestrian spaces usedby residents and neighbors.

The removal of constructed elements on the Chemin Château-Bloch has allowed the development of a public park,which creates a new meeting point for the whole neighborhood. This new housing and business district displays anopenness, meanwhile establishing its own tissue and urban character.

In this sequence of public spaces, the courtyard is a more intimate, private place. A portion of the street facing groundfloor spaces are assigned to businesses, ensuring the diversity and vitality of this peripheral expansion. !

The project served as a basis for the development of a master plan.

The overall planning and the development of 50% of the gross land area are assigned to LRS, laureate of the contest.The remaining space was developed by the two offices awarded second ( 3BM3 ) and third prize ( group8 ). 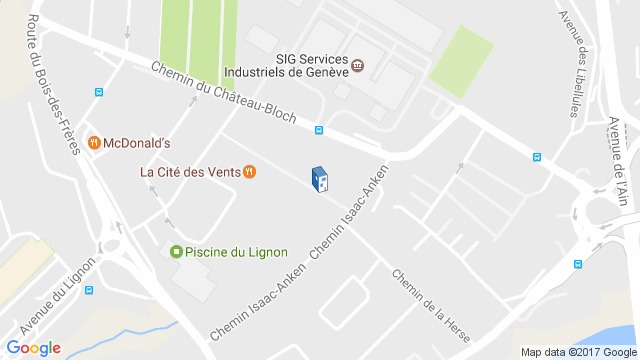