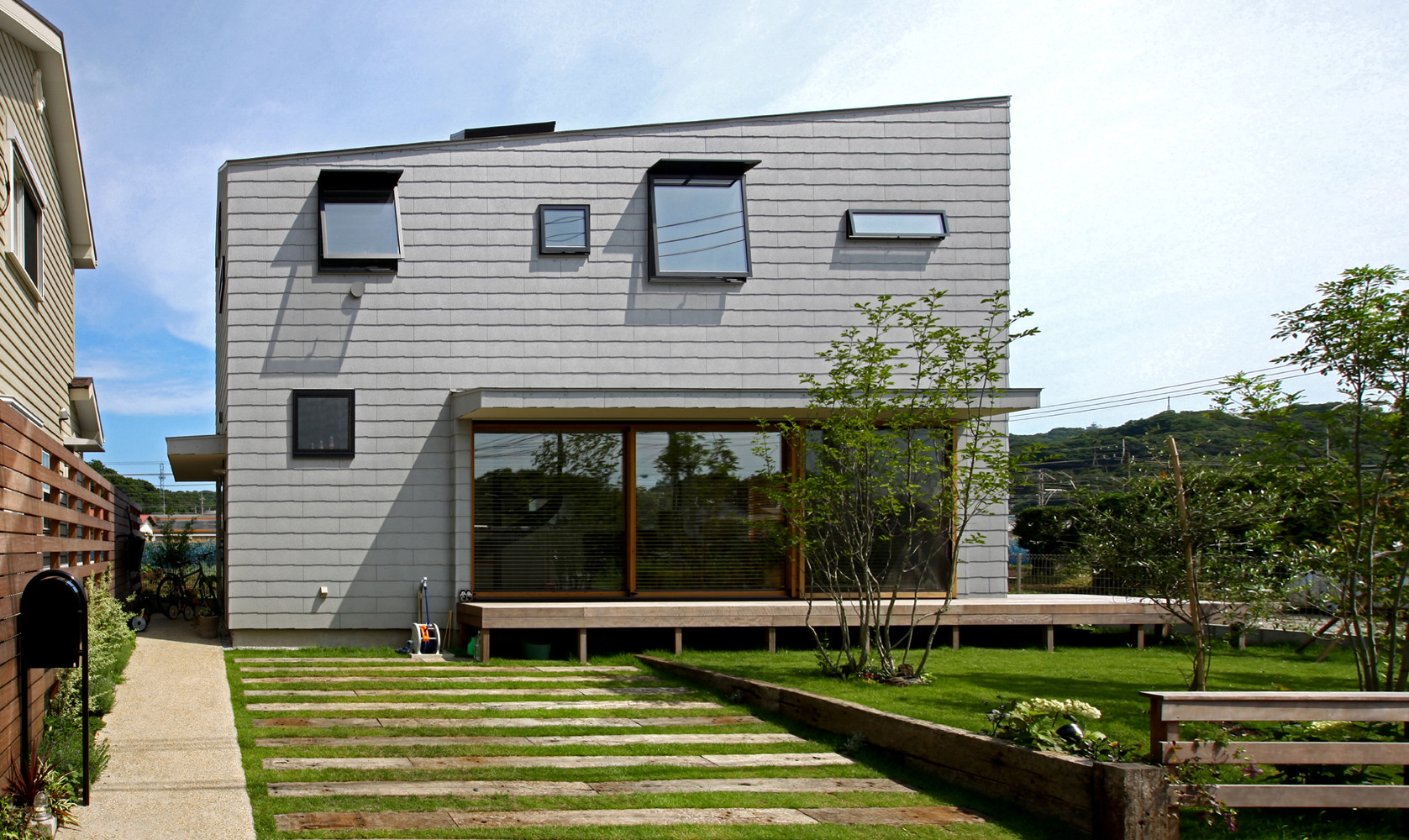 Text description provided by the architects. The site is located at the edge of dwelling area close to the sea that is facing the agricultural land spread to the north-east mountain side.

The house was placed on the north side of the site in order to protect the garden from seasonal wind from north in winter.

Internal area was designed with an emphasis on continuity with the garden.

In the south elevation, wide window and shallow depth wood deck which is like japanese traditional 'engawa' were provided as connect elements of the internal area and the garden, whereas other elevation was designed defensive to outside.

Triangular roof was slightly rotated with respect to the axis of the outer wall, the elevations got asymmetric shapes that offer humorous feeling at glance.

Fiber-reinforced cement board to be used usually as roofing material of mass production house in Japan was used as the exterior wall finishing material resistant to salt damage, thus overall architecture got abstract appearance covered with the same material all. 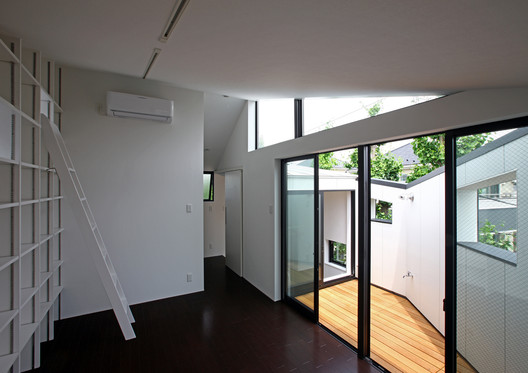