“The concept envisions a collection of simple rectilinear volumes (made of cast masonry blocks) of urban and monumental scale, arranged to express the complexity and diversity of the program,” described Herzog & de Meuron. “It draws on traditional Indian construction principles of stacking individual elements, producing a coherent and legible whole through the collection and compression of diverse, unique elements. These elements appear as strata in the façade of the volumes and reflect the simplicity with which they will be built.”

“At the east and south entrances to the site, volumes and voids create courtyards, streets, alleyways and market-like experiences which lead the visitor into a central plaza, a place for gathering and orientation. At the west end of the plaza, the museum rises in a vertical stack of volumes asserting a presence within the complex and the greater urban context.

“Punctuated throughout the complex are a series of public spaces connected by a network of generous staircases carving out the exterior and interior of the building. The assembly of different program, scales and qualities throughout the site gives the proposal a city-like quality.”

The building responds the Kolkata’s tropical climate by utilizing passive design methods. Volumes are strategically placed to control sun exposure during hot and humid summers, while a water basin in the Central Plaza swells during the Monsoon season. Lush vegetation further enhances the environment by weaving together the diverse building program and providing a pleasant transition for pedestrian’s approaching the museum. 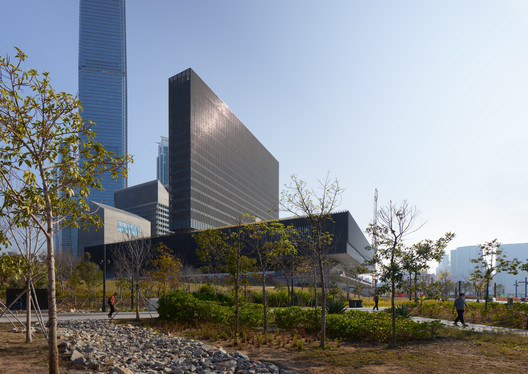