A fire station typically is organized into two distinct zones - one that reaches outwards to the city and acts as a monumental symbol of protection, and one that contains the hidden inner workings of the station. In a large headquarters, with a diverse set of programs each with their own unique spatial requirements, such a strategy of containment is untenable.

Instead this proposal divides select components of the fire station and arrays them onto the pier to activate two zones -an exterior surface and an enclosed voided room. Seeking definition in an expansive site, the pier’s rectangular depression, which was originally a slip, offers a formal and organizational axis around which all built form oscillates.

These zones are separated by a manifold façade that inflects its form to establish an understanding of the site as always in the bound to the center, reaching both outwardly and inwardly, and challenging a clear understanding of a “front” façade. Instead, our proposed façade inflects to reveal the inner workings of the fire station as well as its monumental civic image. While bounded by the private program, one gain glimpses into the public and vice versa.

By revealing the inner workings of the station, and recomposing the monumental image of the fire station through a grouping of form, it creates a multifaceted headquarters that invites the city’s residents into the life of the station 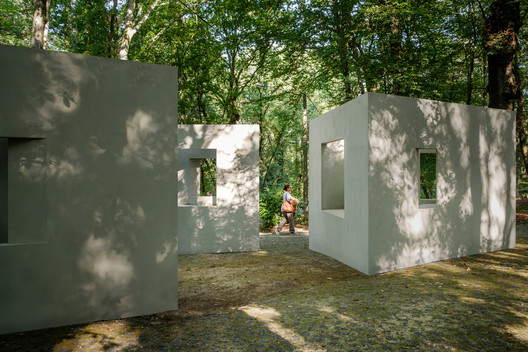