Text description provided by the architects. Sherbourne Common, transformed from a brownfield site along a neglected stretch of Toronto’s waterfront, transcends the conventional definition of a park by interweaving a stormwater treatment facility with landscape, architecture, engineering, and public art. As the newest addition to Toronto’s revitalized waterfront, Sherbourne Common is both an outdoor living room for the new emerging mixed-use and residential East Bayfront community and a a multi-faceted urban park that is intended to serve the broader constituency of downtown Toronto. Conceived as a catalytic node along the waterfront, Sherbourne Common was built in advance of private development. The commitment to public realm was paramount to the client’s vision for the regeneration of Toronto’s waterfront. Sherbourne Common along with other waterfront public realm contributions are becoming well used beautiful moments along the lakeshore strung together with a new waterfront promenade and a future grand boulevard. This is strong evidence of the significance and power of building public realm in generating new vibrant urban communities on post industrial lands.

In absence of the future community that will regularly occupy the park and the future buildings that will eventually provide the park with enriching edges, Sherbourne Common has already become a wildly popular waterfront park, proving out the importance of flexibility and diversity as essential principles in the design of the park. Directly adjacent to the park, a new 3,000 student campus has just opened and the first of several mixed-use/ residential buildings that will begin to bracket the park is now under construction. Within its size, the park accommodates a wide variety of uses and responds to interests of a diverse constituency of future residents, students and employees of emerging businesses. Programmatically, the park strives to accommodate a full range of needs. It addresses two very different paradigms of urban park design: one to provide a tranquil space to escape from the chaos of urban living, and the other to provide an engaging, civic space for social interaction. These two ideas coalesce in the articulation and expression of the park’s three distinct urban rooms. Based on the abstraction of the iconic lake’s edge landscapes reminiscent of Toronto’s historic shoreline, the composition of the park’s three rooms is built upon the idea of the woods, the water, and the green. The idea of the ‘woods’ is expressed as a carefully organized ‘grove’ of Maple trees which extend across Queens Quay Boulevard, a renewed waterfront multi-use thoroughfare (pedestrians, bicycles, transit and cars) that is currently under construction and bisects the park into two parcels. The extension of the grove across the boulevard provides continuity between the north and south portions of the park and creates a strong visual and experiential moment along the street.

The notion of ‘water’ is expressed a number of ways within Sherbourne Common. The park is a composition of stormwater collection, purified and celebrated throughout the park before it ultimately discharges into Lake Ontario. Materially and spatially, the various expressions of water bind north and south. Once collected and UV treated, a thin veil of purified water gently cascades down three 9 metre tall art sculptures which gracefully rise from the ground titled, “Light Shower’s. The water then passes through a biofiltration bed planted with aquatic grasses and is directed into a 240 metre long water channel. As the water travels down the channel and reaches the centre of the park it meanders through a zinc-clad jewel-like pavilion and ultimately is discharged into Lake Ontario. The iconic natural clearing found along the shorelines of Ontario is manifested in the articulation of the ‘green’. The open lawn carved out of the "woods" and framed by the plaza/stage adjacent to the pavilion provides the foreground for views to Lake Ontario. The scale and the design of the "green" allows it to operate as the central gathering space of the park and also provides intimate spaces within its edges where the "woods" begins to dissolve for individuals to enjoy the sun or read a book under dappled shade.

The transformative nature of Sherbourne Common exists not only in its materiality but in its program. The park’s design embraces all seasons and different times of day by providing a range of opportunities. In summer, water is celebrated through the art sculptures and channel and also emerges playfully through an array of water jets scattered across the central plaza. Once the jets are turned off the plaza is transformed into a stage, and in winter months the plaza turns into a skating pond. A carefully considered lighting strategy creates visual interest and a well lit environment for evening use. A hybridized park, Sherbourne Common is the first park in Canada to integrate a UV treatment facility into its design and represents major innovation in the way natural systems and civic infrastructures are integrated into cities. Stormwater management is integral to the park’s aesthetic and interactive functioning. The stormwater narrative is the primary organizing feature of the park and describes the journey and transformation of stormwater from the sky to the ground and ultimately to the lake. The process of cleansing stormwater binds all of the elements of the park together, and turns the entire park into an aesthetic and experiential stormwater system that educates the public about water quality issues through its interactive and engaging spaces.

Sherbourne Common is the first site along the revitalized waterfront to make a strong public connection from Lakeshore Boulevard to Lake Ontario, and attempts to repair the long felt disconnect between the city and the lake. Sherbourne Common provides an opportunity for Torontonians to reengage with the lake and experience from a new perspective a forgotten stretch of their industrial waterfront. As one of the first parks in Canada to pursue LEED Gold certification, Sherbourne Common successfully integrates a number of sustainable practices in the park design. In addition to the park’s extensive stormwater treatment program, other aspects of sustainability include the use of native or regionally adapted trees in large numbers which strongly contributes to the City of Toronto’s tree coverage goals, and the use of water efficient plant material to reduce the need for irrigation. The park also incorporates a high percentage of locally available materials, extensively uses light coloured permeable paving surfaces to reduce the urban heat island effect, and uses particular light fixtures to reduce light pollution.

Sherbourne Common is unique for a variety of reasons, not the least of which is that a Landscape Architect was charged with the responsibility of leading an extensive multidisciplinary team through a challenging four year process that included public consultation to deliver one of the first public parks within Toronto’s redeveloping eastern waterfront. Landscape architecture was responsible for setting the overall direction of the park and how architecture, public art, and infrastructure were to be layered into the park design. The design of the park, lauded for its commitment to landscape, community, sustainability, and great innovative design has brought significant exposure to the perception of Landscape Architecture as a profession that leads complex, large scale projects. The effect should be a greater appreciation and commitment to the profession’s role in having a significant impact on not only parks but in place making, urban design, city building, and the environment. Sherbourne Common was recently awarded an Honour Award in the General Design Category from the American Society of Landscape Architecture (ASLA). More details on the awards program and the Sherbourne Common project can be viewed on the ASLA website: http://www.asla.org/2013awards/107.html 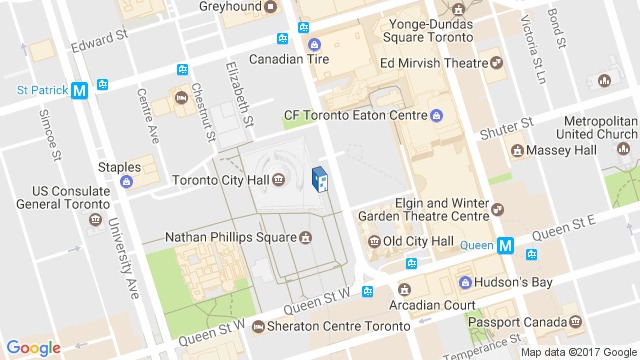