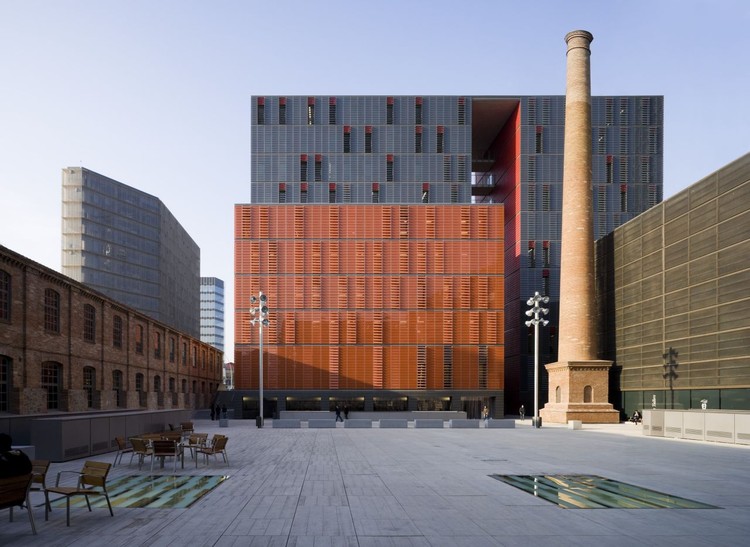 Text description provided by the architects. The process of creating the urban campus of Pompeu Fabra University (UPF) has been marked by the restoration and adaptation to new uses of the city’s heritage buildings along with new constructions.

The Ca l’Aranyó former textile mill was the first to be implanted on the recently created Cerdà gird, with a project that envisages the overall configuration of the street block, with buildings around the perimeter and the boilers at the centre. The characteristic chimney in the central square was conserved and will soon be brought back into operation in association with the nearby power station.

The complex of remodeled and new UPF Building and the Media Complex film sets is laid out around a central square at the original level (1,80 m below the site) that interconnects the various parts.

Reminders of the original factory constructions exist in the presence of internal thoroughfares, the chimney and the façade, and the restoration of interior elements such as wrought-iron pillars and girders, Catalan vaults and roof trusses. The new buildings are given a tense skin and a material treatment that contrasts visually and tectonically with the old construction. Stenciled glass of different colours is used to integrate them with the old buildings and create an effect of vibrations and reflections that are integrated into the overall skin. 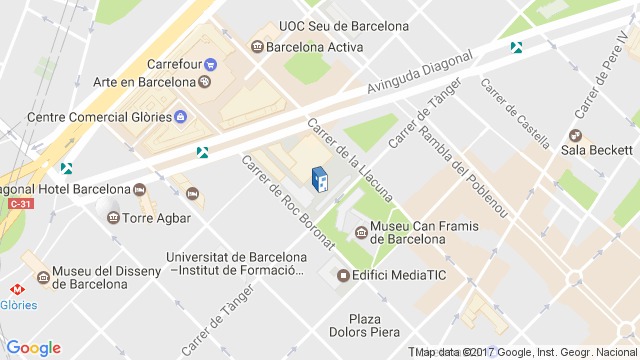