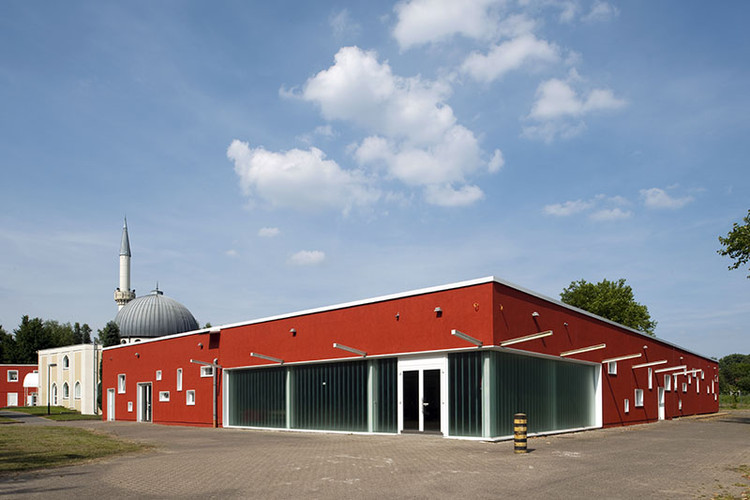 A glance at the history of Turks in Germany would reveal a successful development of mosques, our religious temples, within time along with the society. The modern outline and the well-thought construction details of especially the recently designed and built mosques, as well as the rich cultural heritage behind such development enable the new generation of the modern era worship more conveniently.

Is religious worship only limited to mosques? Are education, training, entertainment, socialization, traditional activities not actually part of worship and religion?

The togetherness of mosques and social complexes (külliye), one of the most beautiful and successful worshiping heritage from the Ottoman culture, teaches us that worshiping is not limited to mosques. Social complexes, forming the focal point of the daily social life of the entire neighborhood by grouping together buildings with miscellaneous functions, respond to many different needs at once with the units they include. Medressas, one of such units, have served to train and educate the youth, the children and adults of all ages in science. Imarets (poorhouses) were kitchens that would serve food to the poor or do charity work. The "Social Complex" project is one of the successful projects that modernizes such precious building units and offers them to our service in the modern era.

The "Social Complex" project, located in Gelsenkirchen-Hassel and owned by DiTiB (Diyanet İşleri Türk İslam Birliği), is a project realized by the Ağırbaş/Wienstroer Architecture Office by the renovation of a 1200-sqm supermarket building that was built in 1984. The mosque, built in 1994, is one of the first examples of a traditional mosque featuring a minaret and a dome. The "Social Complex" project was designed under the principle of togetherness of the mosque and the social complex, combining the old-school architectural style and minimalism, being the most successful example of the social complex spirit in Germany, both spatially and functionally. Many religious and traditional details, blended into each other, can be observed throughout the project, from the inner spaces to the outer facades.

When the architectural plan is observed, we can see two neighboring multi-purpose halls in the main center, each with an area of 250 sqm. Study halls for training and education purposes, gyms, ablution rooms, social activity services and other areas servicing the users of the "Social Complex", such as a kitchen/tea house and cleaning rooms, are connected to the large halls through narrow corridors. This modernized "Social Complex" offers the spirit of the old-school social complex spirit, where the inner court is accessed from the smaller units.

One can say that these two court-halls, gathering children, youth and adults under miscellaneous social and religious activities, are also the most emphasizing points of the building that establishes the communication of the building with its surroundings. The wide openings at the intersection of the west and south facades of the building, left from the old market building, were redesigned as the main gates of the "Social Complex" using transparent material. This inviting large transparency opening into the outer world reminds us the portals of the historical social complexes. These large transparent openings on the outer facades of this modern social complex, serving as mysterious main gates, also form an excellent illumination composition for the inner spaces.

Windows of different sizes on the outer walls of the building, as well as the number of openings, contain some mystical religious symbolism. The North and South facades contain 19 window openings each, while the Western facade contains 9 and the Eastern facade contains 10 window openings (9+10=19). Here, the architect made metaphorical use of the mystery of the number 19, which is acknowledged as the mathematical code of Koran. For instance, the Basmala contains 19 letters, the Koran contains 114 sections (6 times 19), the first section contains 19 verses, the last section contains 19 words, etc. Another important symbolism on the facades containing such religious number codes is that the southern facade of the building contains a window that has no opening but only the window frame. In the Islam religion, this symbolizes the belief that that every perfect work incorporates a small imperfection in it; in other words only Allah is totally perfect.

The "Social Complex" project, located in Gelsenkirchen-Germany, which can be referred to as a modern "külliye", blends perfectly into the green of its surrounding environment with its red-colored facades. Whereas, the outdoor area in front of the Mosque and the "Social Complex" hosts many activities, charity bazaars, etc., offering a warm welcome to all its visitors, whether young or old, man or woman. 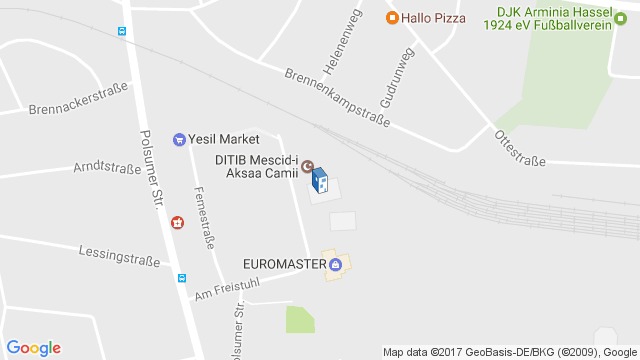