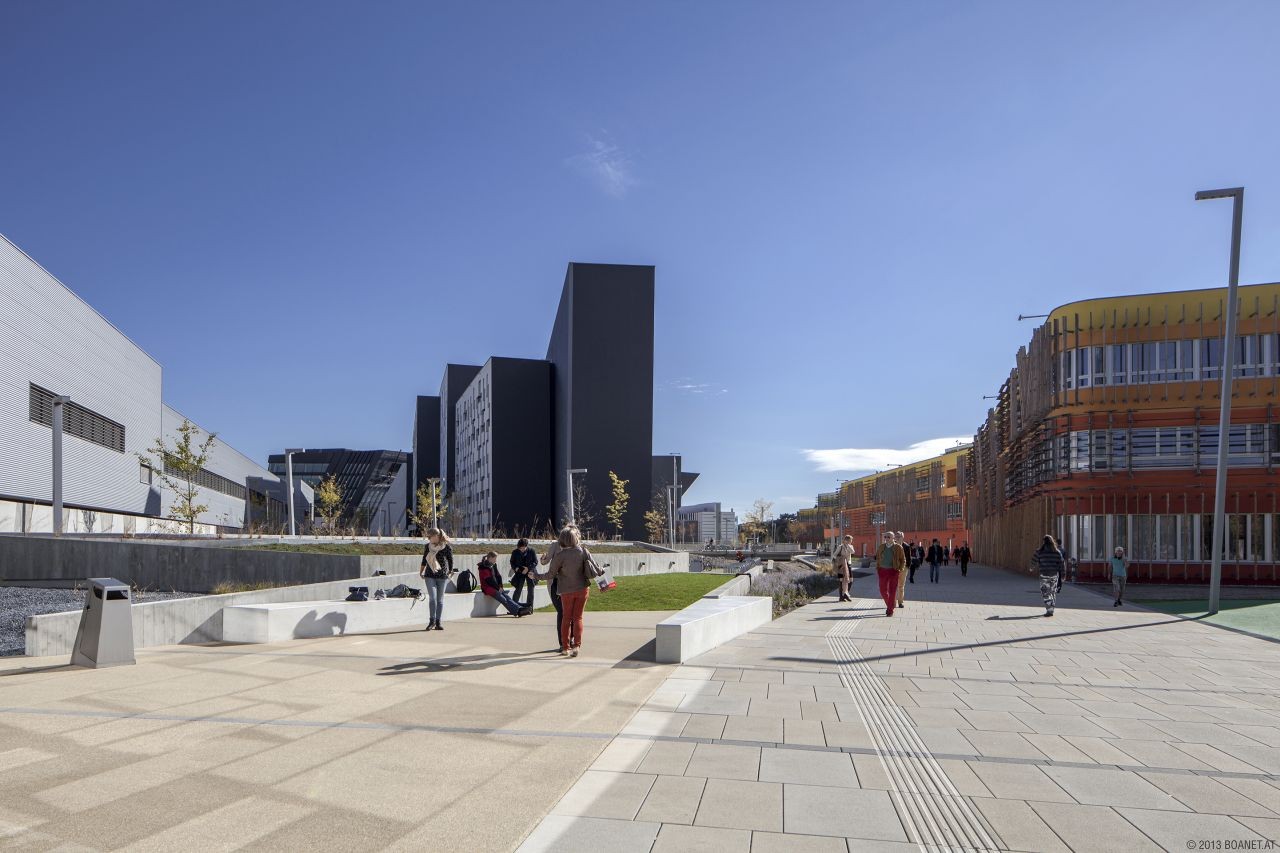 Open Spaces in the Campus:

The campus is a sequence of interlinked spaces. The buildings on the various lots qualify the space from an architectural standpoint. The masterplan model also determines the design of open spaces. A weave of interior and exterior spaces, defined by the location of access points with regard to the squares, gives life to the environment.

The open space in the new WU Vienna campus is environment and context for architectural objects. As environment, it defines margins and intersections with "neighboring lots" as well as spatial sequences to form a harmonious whole. As context, it constitutes stations for active interchange and places for learning and research.

The campus is designed as a "walk along the park", and in different seasons it leads to sequences of squares that through paths between green spaces, lead to specific areas. The sequences are designed so that each path also becomes an existential journey. Fundamental to the quality of the site is the permanent visual relationship with Prater Park, ever green in its presence.

In addition to the social functions of the University of Economics, the campus also addresses community activities in urban life, whose revaluation impacts positively the immediate area and the region. These premises included in a broader context are described in detail in the manuals on the Masterplan for Architecture Competitions. The technical conditions for the campus are described in the documentation related to the guiding concept for the Integral Masterplan, and specific reports of the various specialists. This section describes the spatial configuration of the campus from the multidisciplinary perspective.

The spatial parameters mainly consist of the articulation between the urban space and the University through a green border and its transition to the campus area, the formation of a sequence of six squares with different atmospheres inside the area and the definition of each building site with a mixture of different materials and specific spatial qualities of the particular spatial and functional program, but articulated with the entire campus.

Green Boundary Around the Campus

The entire campus is bordered by trees and shrubs, that is, a natural green boundary. This is the filter to the city, to Prater Park, and to immediate vehicular traffic. Through six access points and five paths, it is possible to enter, traverse, and leave the campus 24 hours a day.

Inviting users to a longer stay after school or research conferences was a notion established through a strategy of activities on the ground floors of the buildings, related to the surrounding squares and in interaction with each building.

WU performed the allocation of various institutes according to their functional requirements. Executive Academy special functions, specialized libraries, administration, the Central Library and the Mensa Study Center, Auditoriums Center, and external services characterize the corresponding squares with their different patterns of use. 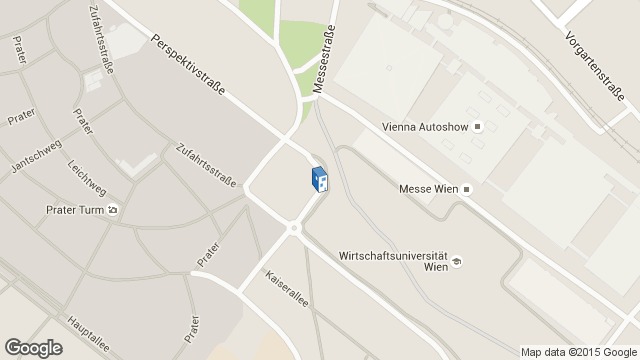 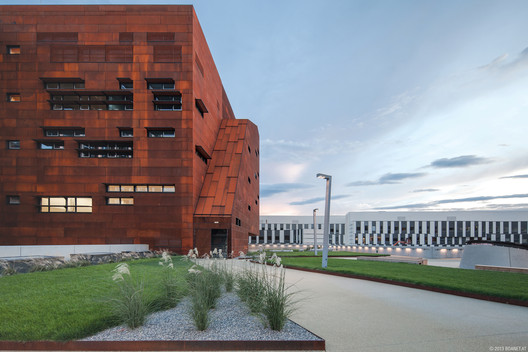