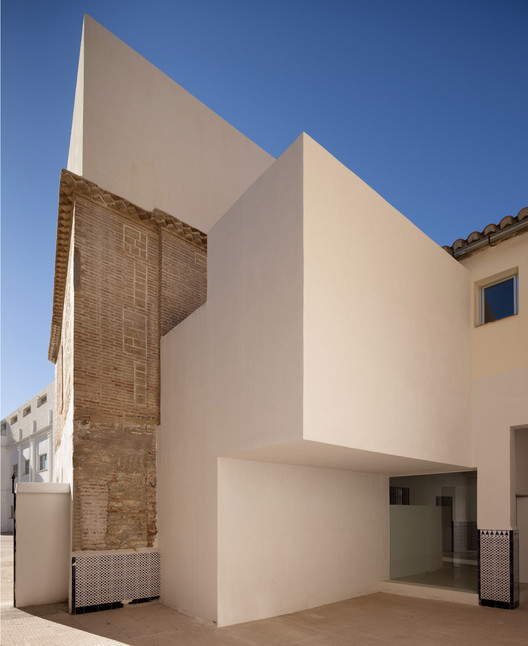 Text description provided by the architects. The Dominican School in Ogíjares occupies a well-constructed 19th-century building that originally a country house. The construction consists of three wings around an interior central patio with four sides of unequal depth. The façade is extended to include the entryway to a romantic garden with important cypress, palm and pomegranate trees. Structurally, the building is made of brick with marble columns (in the patio and one of the interior galleries).

The intervention consisted of reforming the upper floor as a residential area for the nuns. The reformation is partial and concerns only the interior redistribution of the upper floor of the convent’s wing in order to obtain five bedrooms with adjoining bathrooms, a prayer chapel, waiting room, common room, library, kitchen and dining room. All of this occupies an “L” facing the entryway garden. One of the walls of the tower that had fallen down some years ago was also rebuilt and the outer finish was repaired.

We have sought to create well-lit spaces, especially in the common rooms, and to adapt installations on the basis of sustainability and economy. We have replaced only what was most necessary, investing to insure good insulation in order to improve the thermal conditions of this old building. The hydraulic-tile flooring has been maintained, and its different patterns mark the previous layout of the space, bringing a fragmented feel to the new one. New indoor carpentry has been added to the old, and the new is of smooth white-lacquered DM. In sum, the intervention values preexisting conditions and installations, adding new elements in a natural and contemporaneous way. 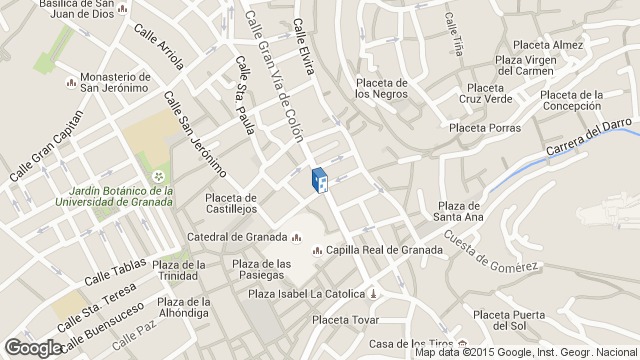