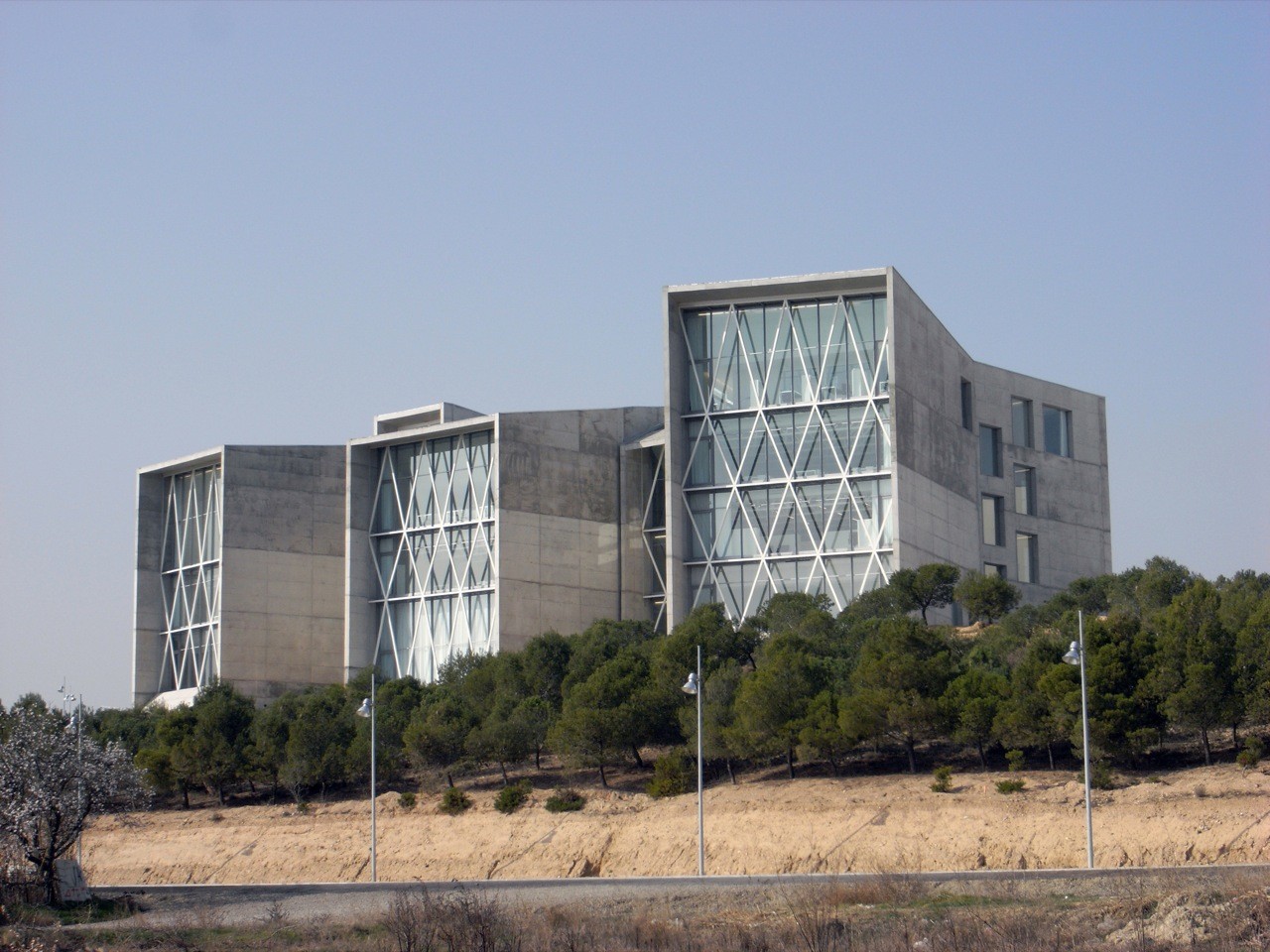 The School of Communication at San Jorge University is located in Villanueva de Gallego campus, which sits on a small plateau of 22 hectares. Its perimeter is bound on the north by the corridor linking Zaragoza and Huesca, on the east by a ravine with almond trees, a road that separates it from a new plateau to the west, and on the south with a skirt of pine trees facing the plain of Gallego river.

The plateau, a land originally arid and dry, overlooks this plain, the landscape changes, it is not arid anymore. The ocher colors of a land with scarce water change into countless greens and yellows, colors of an agriculture allowed by a hidden river. The landscape now becomes gaze.

The buildings of the University, especially the School of Communication, discover in their boundary condition the last and new landscape that the campus incorporates as a campus view: the fertile fields of the Gallego river.

The School of Communication responds to the integration of several factors, among which are the programmatic needs of a center of this nature, the willingness to adapt to the site described above, and, above all, the commitment to a type of architecture that both in its aesthetics and in its spatial proposal complies with the ideal teaching space at San Jorge University.

The School is designed according to a clear pattern in which, from the arrival (after passing through a linear forest), appears the rational and compact grouping of spaces for classrooms. These rooms, in addition to seeking the best light (from the northwest), show to the student and the occasional visitor of the new university campus, the more rational and sober image of the building. This law is interrupted at the access, where, through a kind gesture, a staircase welcomes the visitor and invites him inside. After this threshold is a great void, a lobby, which organizes the other rooms and shows, finally, the view to the river plains. The most unique spaces open to this new apprehended landscape. The strict order that the building showed upon arrival becomes free and dynamic, with its spaces forming five fingers, which curiously overlook the hillside onto the irrigated fields. This comb structure divides the classrooms from the areas for special uses. In this scheme we sought, as mentioned, the best light for teaching (classrooms to the northwest side, avoiding direct sunlight). Similarly, the largest and unique spaces receive the most light.

The structure consists of concrete screens, in addition to being exposed, serve to support the metal trusses that enable the lack of columns in the most unique rooms. In certain areas, prefabricated concrete elements are used, such as the slabs corresponding to the most orderly area, where honeycomb sheets of prestressed concrete are used. In areas designed with metal trusses, a forged composite decking is used. The south facade is completed with a metal lattice structure which supports the end of each floor slab and overhang.

The different facades of the building are made using reinforced concrete 30 cm thick, which is cut to create glazed openings. The southwest facade is designed with large glass panes tucked into the reinforced concrete and steel trusses. The frames are made of tubular steel profiles, with a galvanized zinc finish; operable panes are framed with off the shelf, anodized aluminum profiles.

Inside, the classroom and corridor areas, and restroom and vertical core partitions, are made of wooden fibreboard panels laminated with white formica. The interior doors are made of wood and finished also, in formica. Continuous, suspended ceilings are made of plasterboard plates on concealed profiles (acoustic in some cases). The steel decking is exposed. Flooring is designed with resins on the concrete floor. 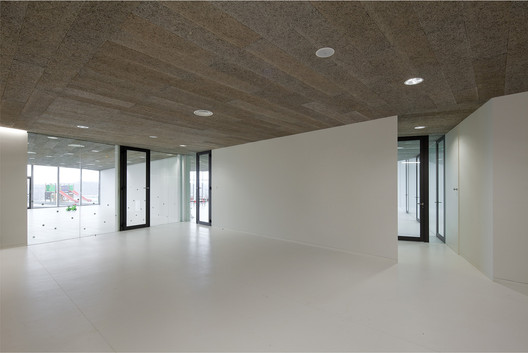 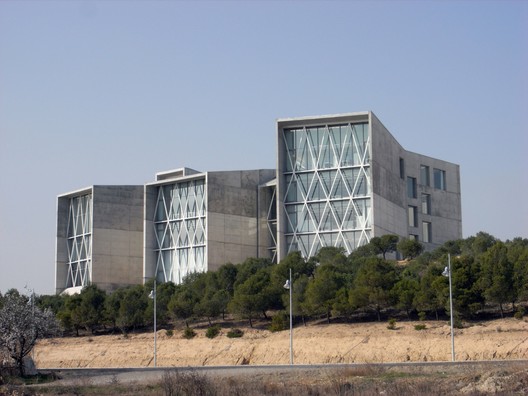