Save
Elementary and Primary Public School in Roldán / Estudio Huma 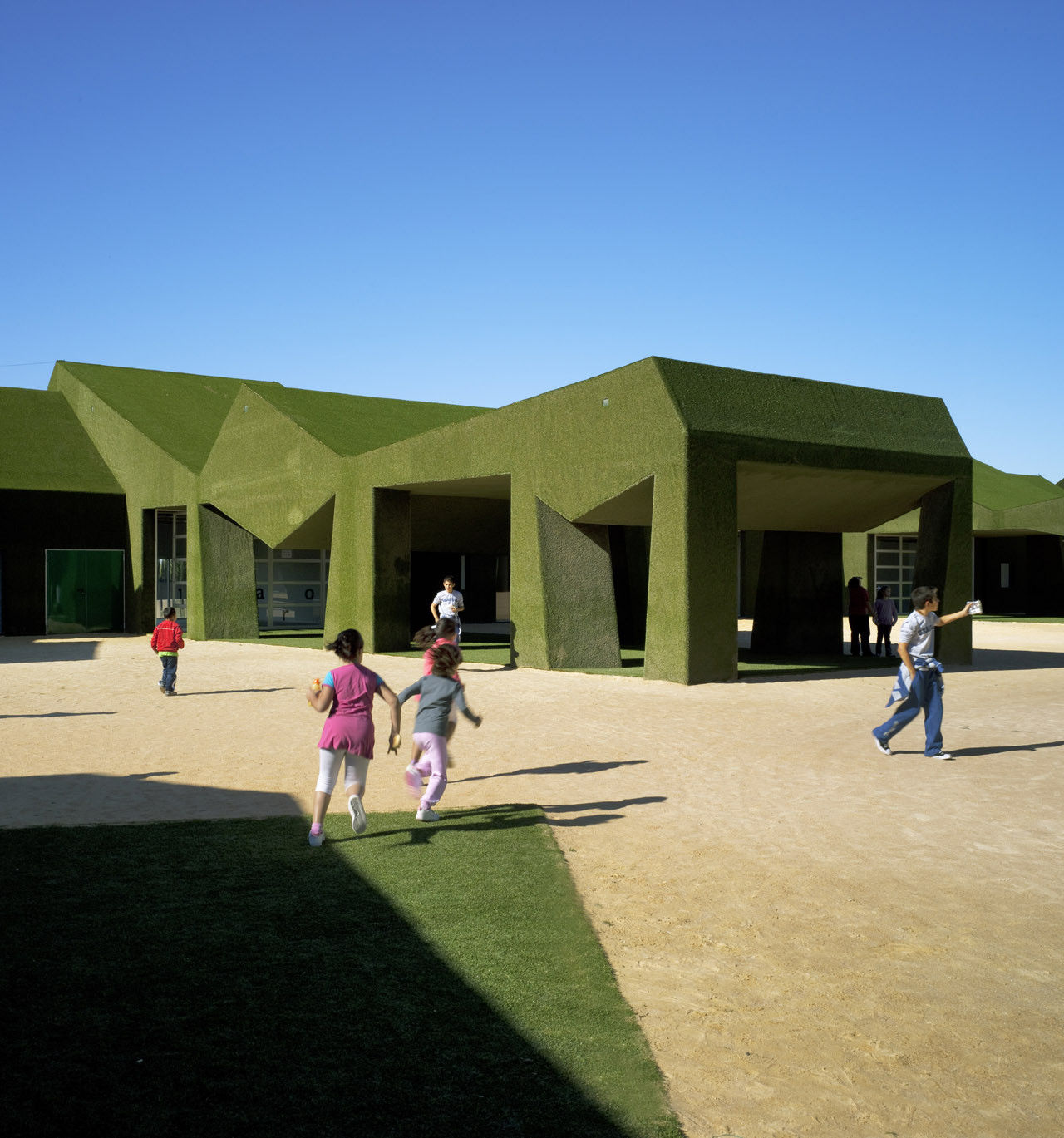 The site for the school belongs to the Partial Plan Los Cachimanes, in the town of Roldán (Torre-Pacheco). This is a project on the outskirts of the town, where there is an intention to create a residential complex, equipped with the necessary facilities for the demands of the future population, including the Public School.

The site features various slopes, so it is necessary to fill in different areas of the site, to create a topography as horizontal as possible.

The project sets an artificial ecosystem in a place to be consolidated, the result of urban development based on generating a natural entity through architecture and giving it life through its use.

The school is built on virgin land, as this is the first building in the Partial Plan Los Cachimanes. For this reason, the architecture office Huma was concerned that the building should be well designed on the plot and always elevated above the level of the site, protected from the occasional but heavy rains that occur in the area. For this reason, the building stands on a perimeter wall almost two meters high, creating a basement that contains storage space for the school.

The morphology of the site allows us to extend horizontally, designing the entire school on one level, keeping the building up against the edges to create a small void inside to serve as playground for children, isolating them from the noise.

Thus, the site sets the physical layout of the project in plan, with two distinct areas of elementary and primary school united by a common meeting point at the access.

The boundary of the school is the building itself. The building surrounds the perimeter of the site and acts as a boundary, as a permeable filter between the free exterior space and the interior playgrounds, creating controlled and defined spaces.

The school is built modeled by slanted levels, generating spatial tensions, breaking the monotony and giving it expression, fully wrapped by a green carpet of artificial turf that turns it into a natural entity in the place. The facade turns into roof in a spatial continuum, the green turf rises and descends with different slopes, creating a changing profile outside, distinctive and rich. A recognizable skyline for the student, a significant point in the memory of the place.

From the outside to the interior playgrounds, different treatments are designed, calibrated as filters from the most public to the most private.

The first skin, designed as a galvanized mesh, defines the architectural form. The second skin is defined by the classroom blocks and other areas of the school. Between the two is a continuous exterior space, a perimeter acoustic buffer and green barrier, where nature classrooms are located. These are teaching spaces outside where the child's interaction with nature is enhanced. The third skin separates the main multifunctional block from the interior playgrounds.

The playground is the child's inner world, structured through the different 'fingers', as steps that configure the various entrances and well as spaces with much needed shade, without the need for additions, always understood as a continuation of the school itself.

This architectural piece creates a green school, a place to teach from nature.

Huma architecture office is developing a PhD thesis on mutant architectures. For this, in this project we propose the possibility of making an outdoor classroom that could change shape, appearance, color, size, and use.

The building has grown in a natural way, no abrupt decisions are taken. The school is as its own essence and its creative source.

The result is a live green organ, which serves as context for the children to develop and enjoy a green framework, in contact with mother nature. 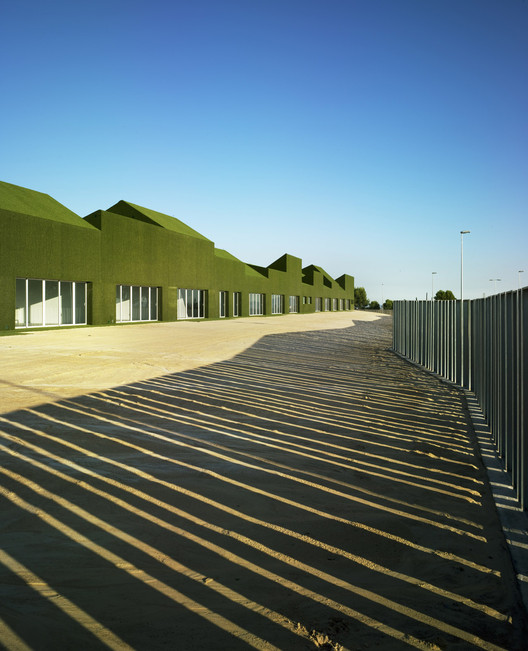 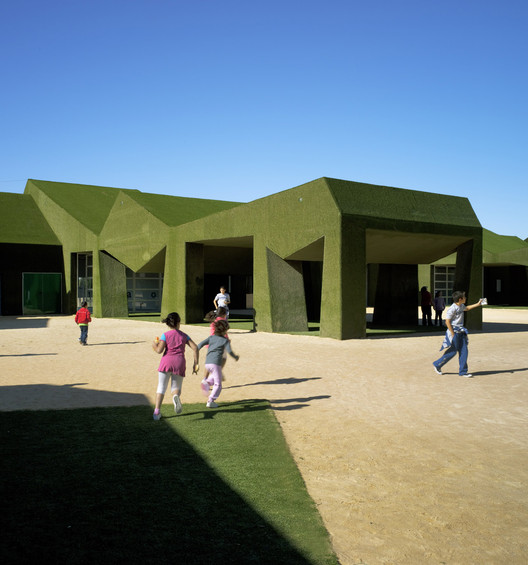