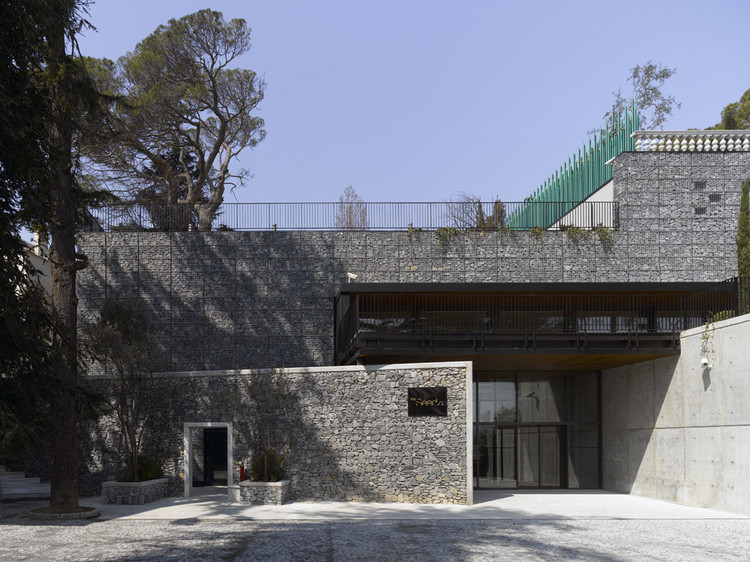 Text description provided by the architects. The Bosphorus in Istanbul, which expresses most sharply the divide between Asia and Europe, is one of the places that must be preserved unchanged with the boats both large and small that go through it and the fabric that surrounds it. In fact, its surroundings should be slightly weeded out, thinned down, cleaned up. For this reason, it would be best if buildings to be constructed in this area be, to the greatest extent possible, composed, set back, and almost invisible. Therefore, when we started working on a ‘concert hall for chamber orchestra’ in this area, to be located on a museum campus situated almost immediately on the shore of the Bosphorus, we knew that we had to design an invisible building. It should not be seen unless pointed out, mentioned, or visited: We decided to build a structure underground…

We were willing to be squeezed among the roots of the precious existing trees, the foundations of the old house, and the walls and terrace which we wished to preserve as is. The place we were trying to define was one about which we would not have the slightest idea unless we entered it; as the earth and rocks were being removed, the structure, made almost entirely out of steel, was being manufactured in a workshop. By the time manufacturing was completed the place was ready. The structure was assembled on site like a boat. We had used time twice and reduced the duration of completion.

Old stone walls greet you upon entering the campus; through an opening in these walls you enter the lower foyer; an unexpected place. Reached via this space with a curvilinear ‘thing’ painted the yellow of construction machinery is the upper foyer, a narrow, elongated space parallel to the Bosphorus. A ‘place’ that is there to accentuate the Bosphorus rather than itself: The outdoor terrace in front of it gives you all the clues as to where you are; you are right next to the Bosphorus.

The yellow of construction machinery in the lower foyer is also present here and the shape complements that of the lower foyer. Whereas actually, when you enter through the yellow door, the shiny black multifaceted concave ellipsoid exaggeratedly reflects all the colors that enter it with unexpected surprises. There is nothing more inside than what is necessary and compulsory. What we have before us is a chamber orchestra hall seating 300, with its inner shell composed of acoustic panels, a floor whose inclination can be adjusted and if need be leveled out, the truss on which the necessary equipment can be hung, and a stage that can be expanded according to the size of the orchestra.

The trees, old house, terrace and walls remain in there original positions. And passing through all this, at the end of a journey during which we draw away step by step from the outside world in order to access the place where we can listen to music, we finally reach the seats awaiting us, each different from the other, within a shiny black space. When the lights dim and the music starts nothing remains but the music, its executants, and their reflections. 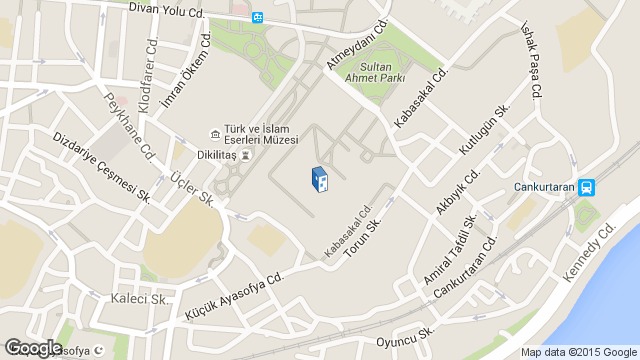