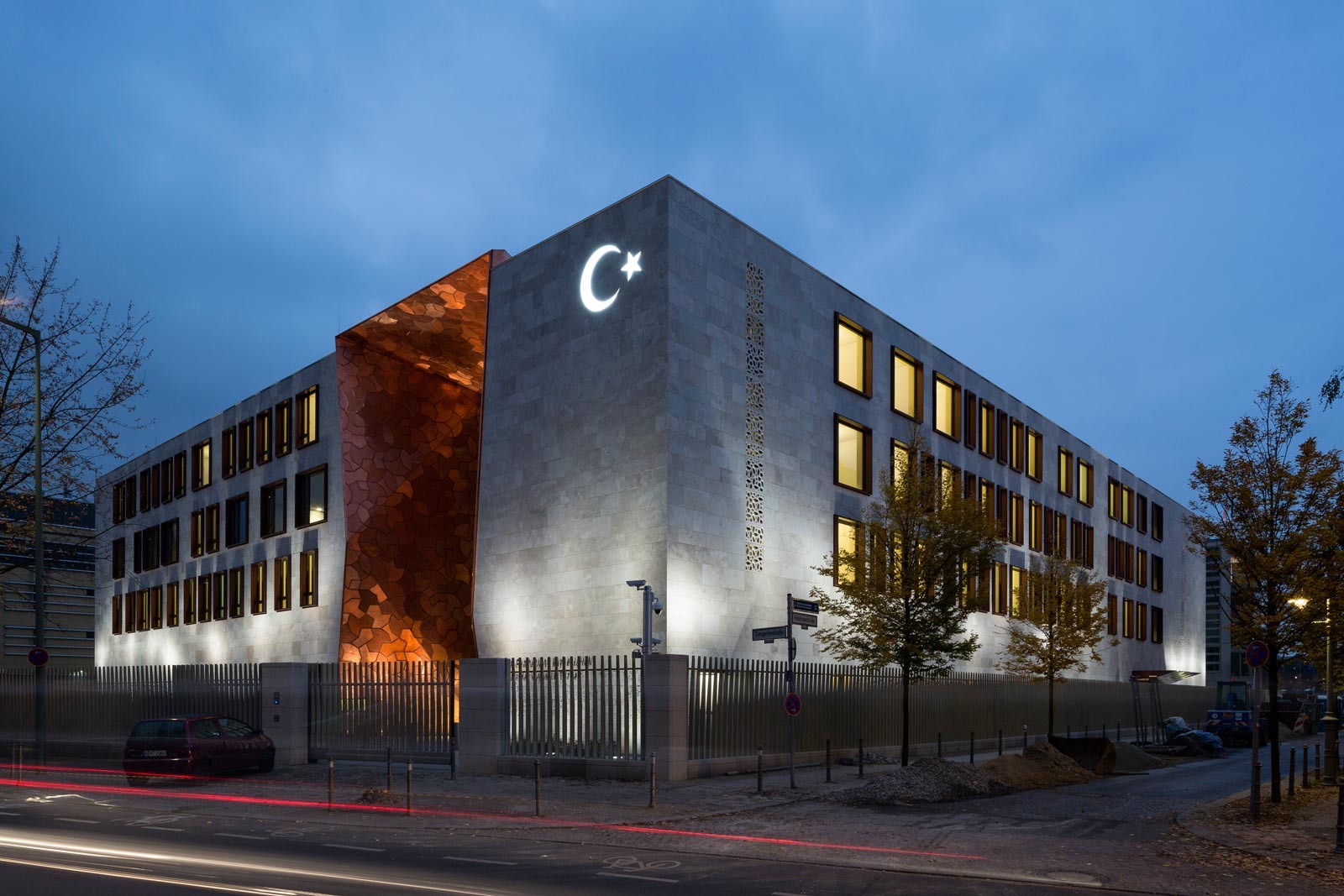 Text description provided by the architects. The story began in 2007 with an international two-stage competition for the Turkish Embassy in Berlin. A basic concept consisting of the building floor plans and two images was requested in the first phase. Based on these materials, the jury would select 15 proposals to be delivered in a more a detailed project. Around 150 offices, mostly German and Turkish, submitted their proposals, out of which 14 were selected for the second phase. The high response to the call was no surprise, as more than 2.5 million people with Turkish origin live in Germany. In Berlin alone, more than 100,000 have a Turkish passport. Furthermore, the discussion on the inclusion of Turkey in the European Union continues to this day.

We developed the proposal for the first phase with Volkmar Nickol in his living room for about two months. We had not met before this project and for me it was only a couple of years that I moved from Chile to Berlin and still struggled with the language. None of us had an own architecture office and for my part, it was the first competition I did in Germany. A minimum of office infrastructure was requested for the second stage of the competition, so we included Thomas Hillig as a strategic partner.

As a result of the competition we received the third prize and after a few months we were called from the Embassy to consider the possibility of developing our proposal. In Germany, the patron can select among the winning entries in a public competition, which one is contracted for the project development. This situation arises usually when the negotiations between the client and the first prize do not succeed.

After more than a year of such uncertainty, that where we considered the project lost more than once, a final decision was made on that our team would develop the project. A general management company (Assmann Generalplaner) would hire all specialists, including us as architects.

In mid 2009 we started working on the assignment. The project was developed with a team of as many as ten people in addition to the three partners. It started in a small office and was completed in a former industry shop floor due to greater working area needs. During the most relevant phases of the design, we presented the architecture layout to the Ambassador and his Secretaries every two weeks, always in English. We produced a total of over thirty presentations which allowed us to develop the project based on renderings of the different alternatives we proposed. The issue of how we presented the project became very important for several reasons. On the one hand, and despite the fact that the Ambassador at the time was an extremely educated person who could appreciate modern architecture, we were not dealing with a technician, but a high-rank diplomat who wanted to see the developing project in pictures and diagrams, understandable to anyone. On the other hand, the project had to be approved at ministerial level, and to that end the renderings and diagrams were more communicative than a bundle of plans. We worked over a year and a half in the project, until 2010, to complete plans and implementation details.

In October 2012 the Embassy was inaugurated in the national day of Turkey by Prime Minister Erdogan and Foreign Ministers of Germany and Turkey. Local criticism was in general very good, both due to the political presence of Turkey in Europe as to the architecture itself. 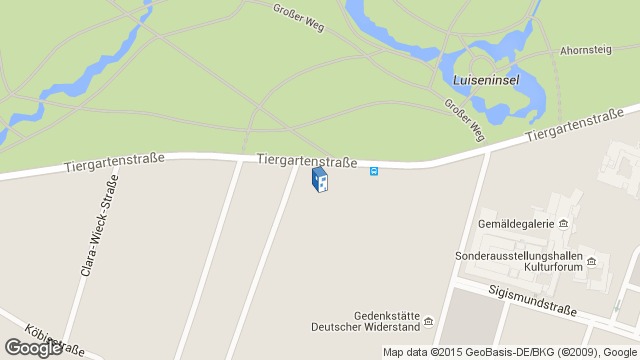