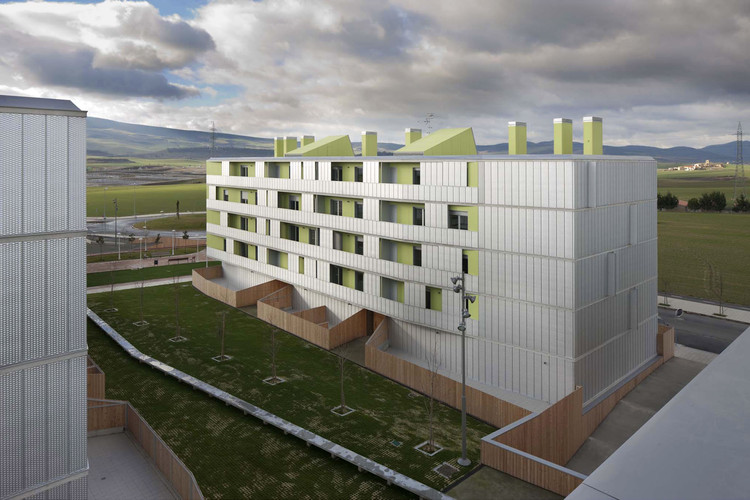 Text description provided by the architects. We were supposed to build a unit defined by the Ardoi partial plan in the town of Zizur mayor. Like in almost all urban developments recently introduced around Pamplona, Ardoi establishes a grid sized enough to create some private "garden-patio", defined by three blocks in the shape of a "U", which are able to argue the order of the whole residential unit and become a pleasant meeting point for the neighbourhood.

Taking as reference the central space, it seems obliged to order the whole dwelling  so that most of them can enjoy it, dedicating the perimeter walls, which are facing the surrounding vials (with worse views and bigger privacy problems due to proximity to adjacent buildings), to the holes which ventilate and illuminate the bedrooms. Therefore, we propose a double orientation model housing with open spaces opened to the “garden-patio”, and the bedrooms to the adjacent streets. The housing allows a continuous circular transit between both areas and around the baths located as the only indoor spaces. The typology allows to adapt to different structures (two, three and four bedrooms) with little variation. The four bedrooms structure is distributed in two levels taking advantage of the attic floors.

The "garden-patio" is facing to the south and, as a consequence, they are sunny. They need the existence of a special sunscreen as a protection to the houses, so we designed the double skin, which is caused by a continuous balcony equipped with movable panels that make up the facades to this space. This device facilitates the shadow caused by the panels and balconies and enables the creation of big holes for the living-rooms and kitchens without the threat of heat from solar radiation caused by an excessive sun exposure.

It seems appropriate to highlight that modern concepts such as sustainability, energy efficiency and so on, which emerged as a new way to understand the needs that society demands of architecture and born of an ecological concern, are as old as the history of building. Even from the knowledge of the popular architecture the need for protection to external agents has gradually defined the image of architecture, and has also explained why rural either cosmopolitan image of a Nordic population differs from other Mediterranean or Atlantic. The logical design is the most effective and economic method in order to solve these problems, which have been forgotten in the past by formal concerns or a desire for belonging to a certain culture affiliation. The responsibility to answer to these questions must be for the passive measures, the implicit building design. That is what we have tried planning two different kinds of façade so that the margin for confidence in the technological response is as short as possible and it minimizes the energetic consumption with the lowest possible investment.

Based on these considerations we have been interested in this project research, because of the expressive possibilities of using a single material to solve all the envelope, seeking maximum abstraction within maximum efficiency. It is a project in which the margins are really narrow because of the excessive predetermined volumes by the urban planning regulations. We wanted to take to the extreme the use of a single material that meets all construction problems to the point of neglecting composition. In fact it is the daily use of the house which defines the changing appearance of buildings by the arbitrary opening shutters as needed.

Drawn aluminium trays cover the closed facade, the mobile shutters and the sliders allowing through their perforations a solar and views control and excellent filtered indoor lighting conditions. However the boundaries with public space, closures terraces, gateways, slopes… are done with spruce wood boards, which is a very pleasant material that also helps to reinforce a unified image for the four buildings. 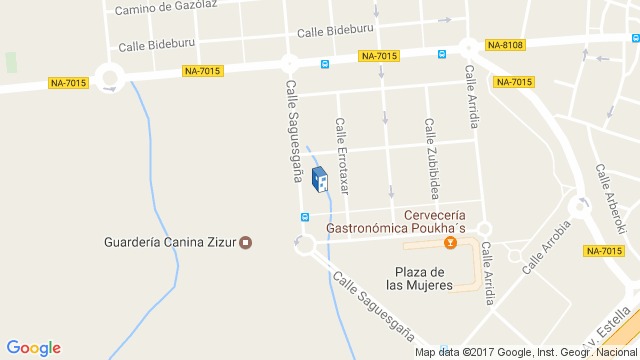