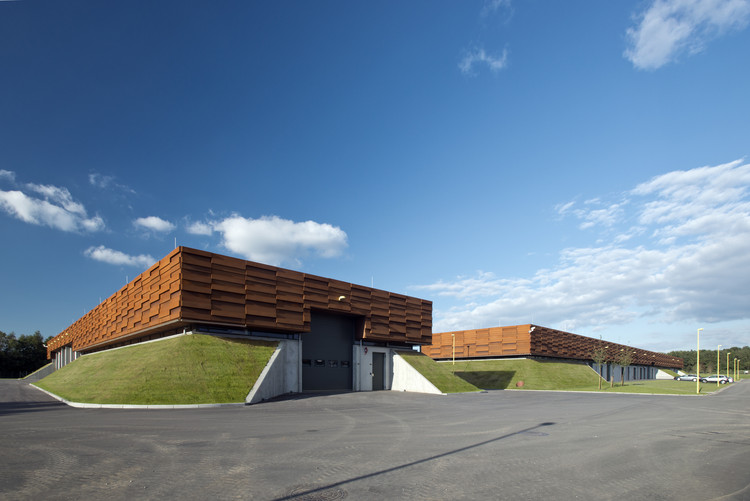 Text description provided by the architects. A technical site is normally swaddled in greenery to prevent it from becoming an eyesore in the natural environment. The new Energinet.dk compressor station at Egtved is Denmark's first installation of its kind, and here the opposite is true. C.F. Møller has designed the plant, consisting of four compressor units and service buildings, as an architectural feature in the open landscape. The form of the buildings was also specially chosen in order to achieve optimum safety conditions at the plant.

The new technical plant, supplying the central intersection of the gas pipelines connection north-south from Germany and east-west to Sweden, has a landscape-like expression emerging from the landscape as a grassy embankment.  The remainder of the building appears almost to hover over the mound and is clad with rust-coloured cor-ten steel plating. The plating is juxtaposed to create a varied and vibrant pattern of light and shadow. The combination of materials aims to make the buildings appear rugged and elegant at the same time.

The grass and iron-clad plant houses service buildings, including an emergency generator and storage rooms, and beyond the buildings lies the compression plant itself atop an open plane. The buildings are designed to provide visual, aural and safety screening from the compression units. They also provide a natural transition zone between danger and non-danger areas, ensuring the upholding of integral safety procedures in the operation.

"We began by asking ourselves a question: Can we push the boundaries for how we see a technical plant? Can we create a gas plant in dialogue with the landscape and yet focus on the energy supply infrastructure, on which we all depend?" says Julian Weyer, architect and partner. “Even though the buildings are primarily created to house technical installations, they were designed for people: it is the needs of the users that have been instrumental in the design - and the ambition that the plant would be nothing like a traditional industrial building with scattered installations, but rather perceived as an integral part of the surrounding landscape and local environment." 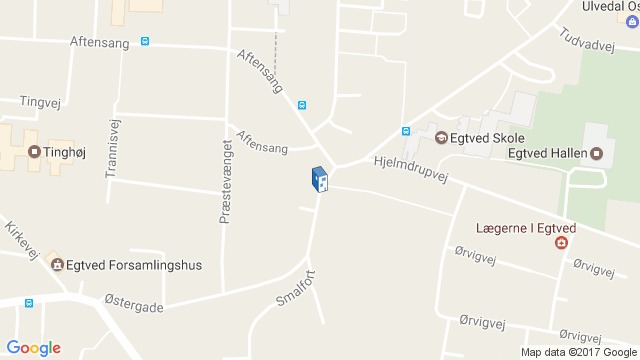