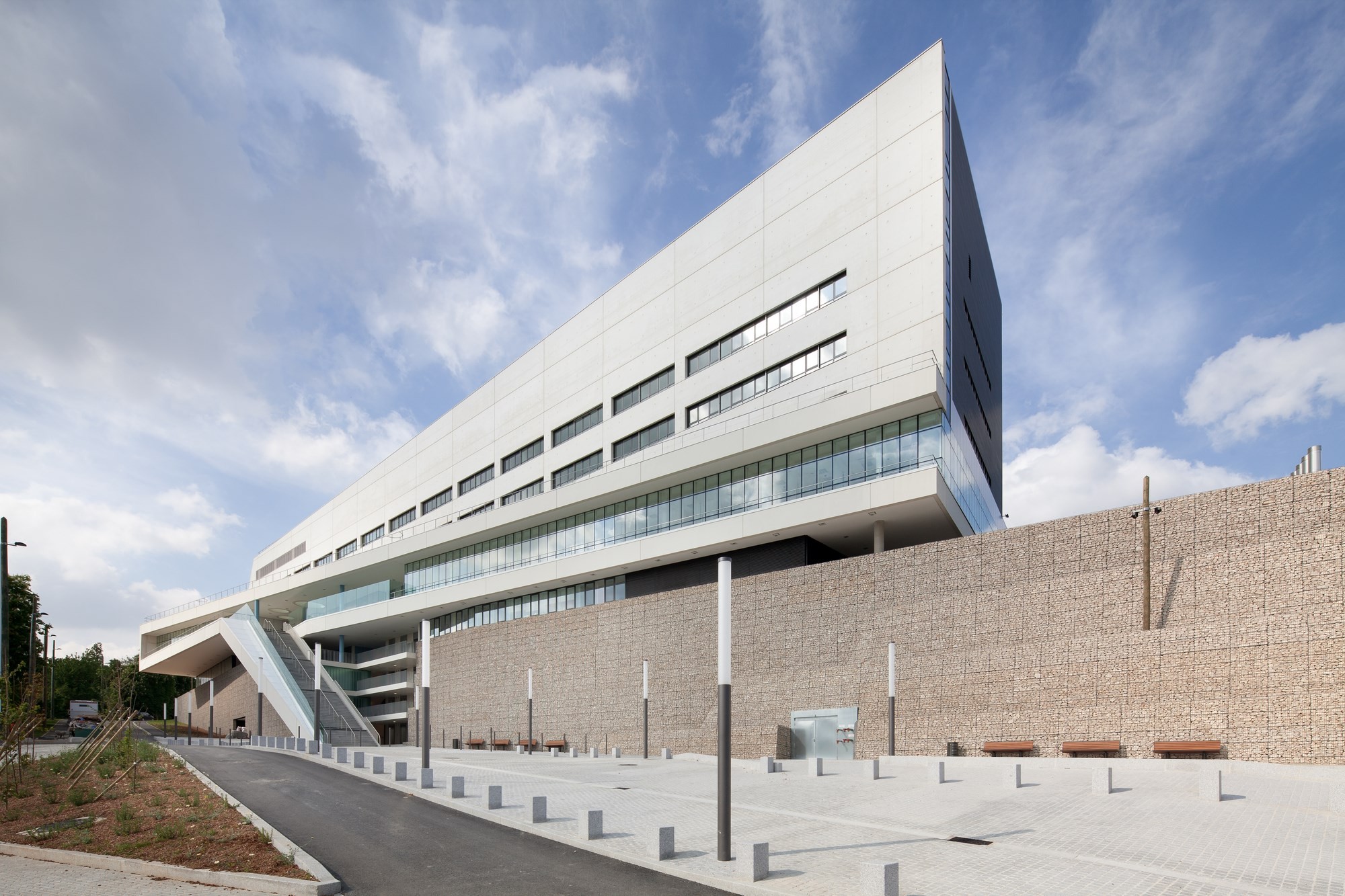 Text description provided by the architects. The building cuts an emblematic but reassuring profile in the wider landscape, as seen from the planes taking off at Orly airport, from the Nationale 6 road, and from the Paris-Limoges train line… It rises above the banks of the Yerres and the Seine, dominating an unlikely suburban landscape. Before the works, visitors approaching the building found themselves facing a rigid tower surrounded by a park, a building with great architectural unity, with a base and superstructure, anchored without subtlety into the flank of a hill, which had to be climbed by foot to reach the entrance.

The construction of the Women and Children’s wing in front of the existing mono-block has been a way of correcting, redefining even, this double relationship with the entire hospital site. From a "long shot" perspective, the main horizontal line for the new ground floor facade is strongly emphasized. It lends unity of design to the new edifice when seen from a distance. It functions as a reference for the entire body: below, the movements suggested by the relief, the topography, above, the hospital’s silhouette emerging from the wooded hill. The facade of the Women's and Children’s Wing, obliquely stretched across the entire length of the IGH, softens the building's current frontal character by acting as a decomposed foreground like a giant fold. Thus, we have regenerated the image of the hospital within the landscape. We have decomposed and recomposed it geometrically to lend it new relevance.

Up close, for everyone entering the building, we have completely redrawn its relationship with the ground. The construction of the Women and Children's Wing in front of the current building exacerbates, in a way, the relationship between the ground floor and the floor on which visitors arrive. Due to practical considerations, we have chosen to keep the atrium, the extended A&E, radiology and the consultation area on the same level (that of the current atrium): the ground floor, which is in contact with the ground at the back (arrival of A&E) is lifted 12 metres into the air.

The Michel Rémon firm's architectural work was twofold:
- First, to bring the atrium closer to the ground, to connect it to the ground, the ground of the town, for people arriving by foot, bus, taxi or car. The large frame defining the shape of the hospital's ground floor shifts, unfolds and arrives delicately onto the ground. It extends its arms towards those who are arriving, those who need the hospital: uncomplicated, strong and clear, it presents itself as a fact. Thus, on arrival, the hospital façade is accessible, porous, open, spreading its arms.
- Second, we have redrawn the building’s points of contact with the ground, we have rebuilt the topography of the space so that it integrates the new building without conflict, seeking continuity and complicity. We wanted to give the impression that the natural ground level is close to the atrium floor, by “lifting” it artificially. By redrawing the terrain as successive terraces, in geometrically layered curves held by gabions, we have set the building into its site. By extending these lines in front of the building, we fuse the building and the site, healing the old scar through the marriage of architecture and landscape.

Finally, at the bottom of the site, the harsh slope in the terrain has been corrected. The terraces redrawing it give the impression of stairs which appropriate the site, taming and humanising it. The facade materials have been chosen to draw the hospital’s silhouette against the sky and preserve the “long shot” view of the hospital complex:
– white self-compacting cement for the South-West facade;
- large white metal crates for the current mono-block and the new northern facade;
- grey metal louvered aluminium grid on the North-West and South-East gables. 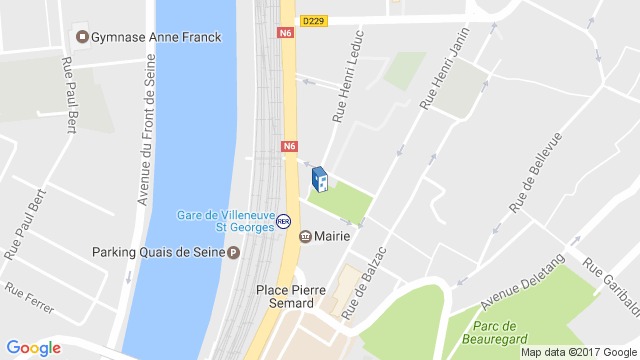 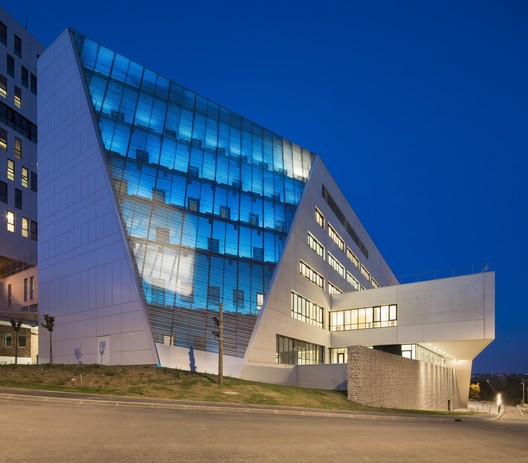