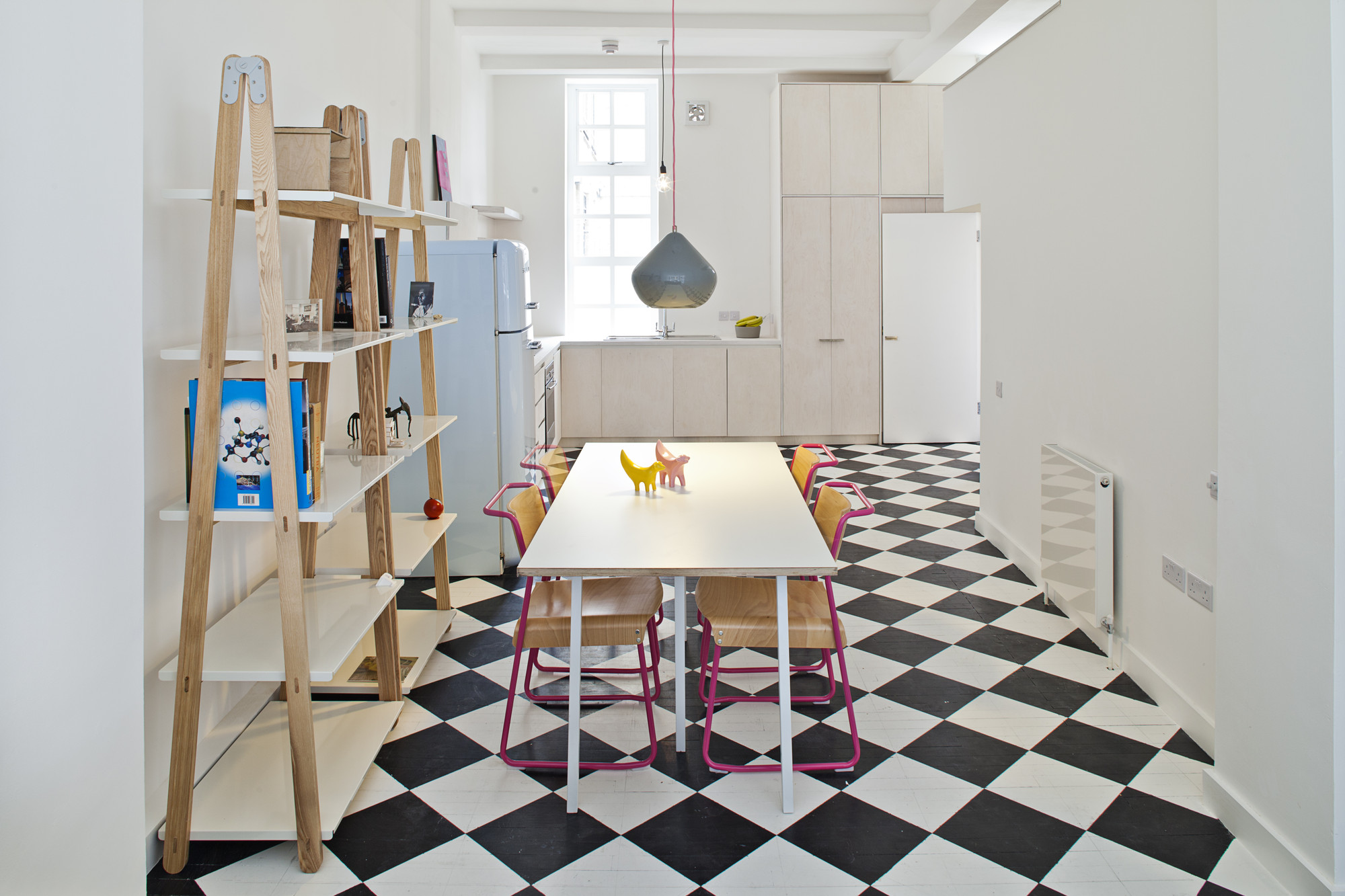 Text description provided by the architects. Pereen d’Avoine, of architecture practice Russian for Fish, and her partner, Mat, have transformed their London studio with small sleeping platform, into a spacious 1 bedroom, dual-aspect apartment for only £30,000.

A large window has been inserted into the east wall of the apartment (pictured above), creating a dual aspect, and flooding the newly positioned kitchen with morning light. The former space focussed all the amenities (including kitchen and living room) towards the front of the apartment to catch the only natural light, whereas the new window allows the kitchen to be a focal point at the rear of the apartment and opens up the entire space.

By moving the kitchen to the rear and near the entrance, half of the front of the apartment became free for a substantial en suite double bedroom with large folding partition doors connecting the space directly to the main living area. Folding doors were specifically selected to offer flexible, open living space, or a private retreat and sanctuary when the doors to the bedroom are closed.

As well as creating a double bedroom, the reconfiguration also allowed Pereen and her partner to divide the large existing bathroom into an en suite, and a separate guest WC that is accessible from the kitchen.

A bold chequered floor pattern was selected throughout the apartment so that the bedroom could visually become part of the living space, or be compartmentalised as required. The linear lines also add perspective and draw the eye along the length of the room, creating the allusion of space.

A hand-painted chequered floor and carefully chosen furniture meant that wall coverings were kept to a minimum and a simple white wash could be used.

By living in the unconverted apartment for a period of time prior to the conversion, Pereen and her partner were able to consider their exact requirements from the space, their lifestyle habits, and their available budget. This considered approach enabled a streamlined and perfectly tailored design.

The most significant outlays were the new kitchen and window at the rear.  However, a recent valuation suggested that the overall work has added £80,000 to the value of the property, far outstripping the construction costs.

he overall project approach was focussed on retaining the apartment’s naturally open and well-proportioned oblong shape, whilst re-arranging the layout to provide more logical and forgiving living space. 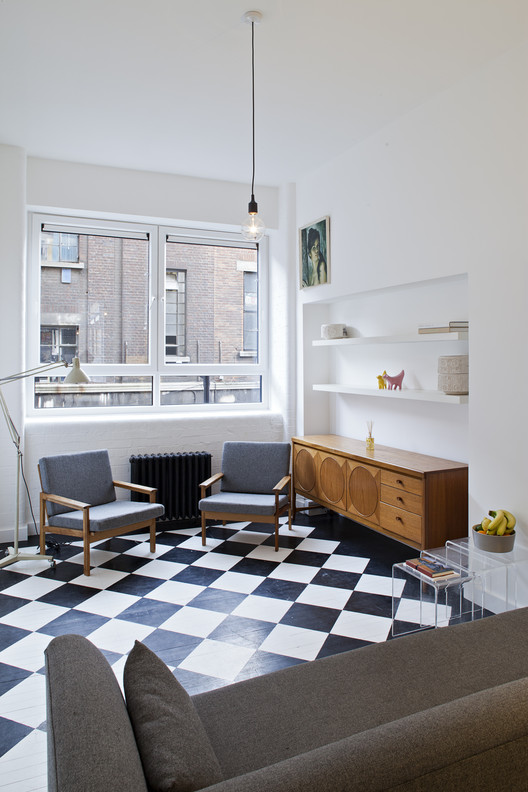