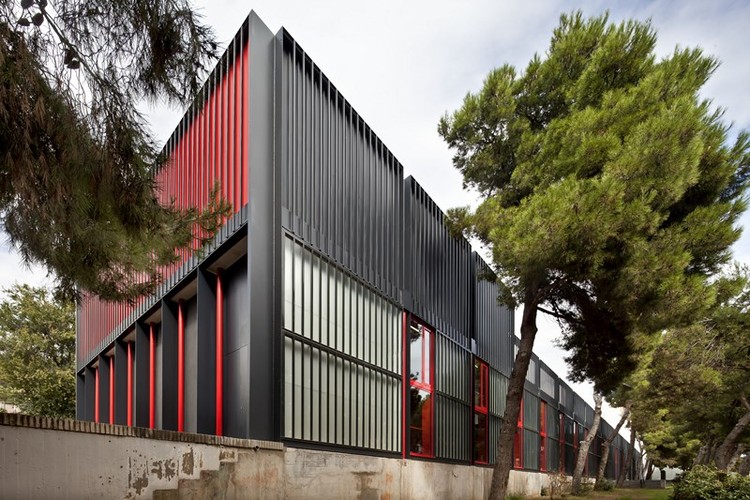 Text description provided by the architects. ORIGIN
The building of Ateneu Popular de 9 Barris was a former asphalt factory that was occupied by the neighbors of the district in the late 70's to become it in the first creation factory in Barcelona city.

USAGE
The Ateneu works since 1978 and has, since its beginning, the circus as an identifier. It is a true "school of participation" that encourages the social commitment and solidarity among citizens.

OBJECTIVES AND GUIDELINES
We wanted that the steady rhythm of the existing structure were to become an ally of the project, becoming also the generating key of it. That's why:

- We potentiate the functional/distributional existing organization making more coherent the relationship between the spaces of zone 1: gym / office, zone 2: bar / local and zone 3: theater.
- The open space located between zones 1 and 2 gets closed and becomes the authentic hall of the building.
- We conserve and make the most of the central nave's volume to create large open spaces and permeable between them.

- The outside porch of the existing structure is incorporated into the interior volume and is reinterpreted as a new element of communication and distribution; we remove the portion of the light cover and we create a new flat roof. The top of this cast has the dual use of gutter cover installations and technical corridor.
- We transform the small windows and the centered doors of the original building into a modulated unit enclosure. (23 modules of 5m wide x 4,5m high).
- With independence of the aluminum carpentry, which appears in most of the modules, only two materials are combined in the façade: on the one hand we have the glass u-glass (double as enclosure material, and single as coating material) and, in the other, a coating of metal sheet that can be folded, flat or perforated according to their position and need. 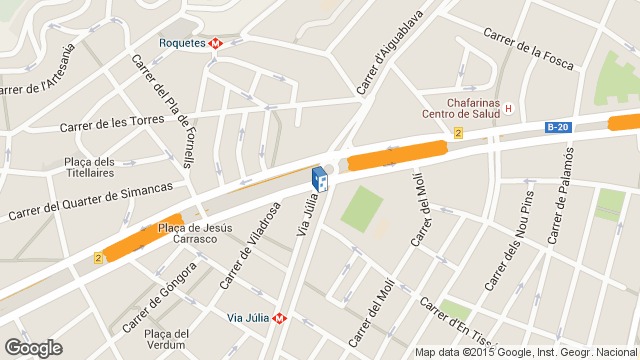